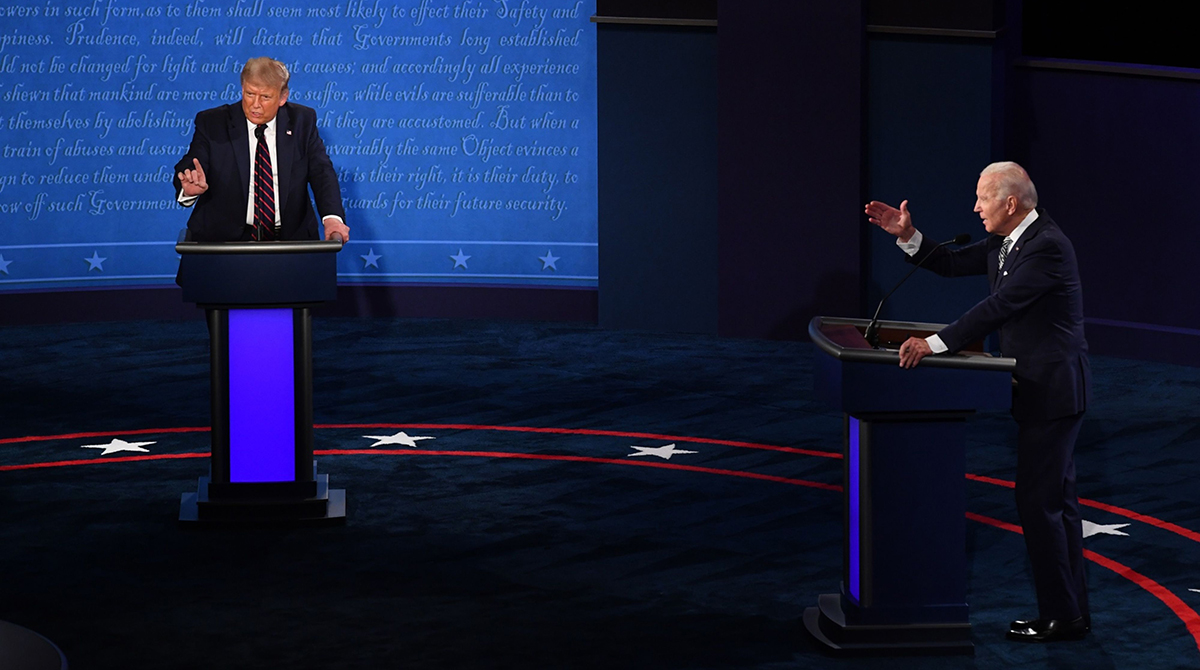 Under his administration the highways of tomorrow would consist of thousands of charging stations for fleets of electric vehicles, former Vice President Joe Biden insisted during his first debate with incumbent President Donald Trump.

Although much of the debate Sept. 29 devolved into squabbling and personal attacks, mostly about each other’s careers, the candidates did briefly share views about infrastructure and climate change.

He continued to argue a new infrastructure landscape that appreciates sustainability and embraces renewable energy would lead to millions of “good-paying jobs.”

For his part, Trump insisted electric vehicles play a role in the transportation system. As he put it, “The car has gotten so expensive because they have computers all over the place for an extra little bit of gasoline. And I’m OK with electric cars too. I think I’m all for electric cars. I’ve given big incentives for electric cars.”

The incumbent stopped short, however, of acknowledging prominent science-based links between global warming and recent natural disasters. He also boasted about leading his administration’s withdrawal of the Paris Accord, an international pact to deal with climate change.

“If you look at the Paris Accord, it was a disaster from our standpoint. And people are actually very happy about what’s going on because our businesses are doing well,” said Trump.

Biden said he would rejoin the Paris Accord.

Referencing fires that have recently consumed parts of the West Coast, the president added: “As far as the fires are concerned, you need forest management. In addition to everything else, the forest floors are loaded up with trees, dead trees that are years old and they’re like tinder and leaves and everything else. You drop a cigarette in there, the whole forest burns down. You’ve got to have forest management.”

Neither candidate directly endorsed a long-term funding program for the Highway Trust Fund. The fund is a federal account central to the operations of the country’s highway system. Its dwindling reliance on revenue from fuel taxes forced Congress to ensure its solvency via transfers from other accounts.

According to the Biden campaign’s infrastructure proposal, the U.S. Department of Transportation would be directed to work with unions to help individuals connect with employment opportunities in automation. The former vice president also said his transition to a clean energy economy would modernize ports and enhance last-mile operations.

This year, Trump’s White House had signaled interest in advancing a 10-year, $810 billion highway-centric policy plan along with a $190 billion proposal for water improvement projects and rural broadband access. Senate Republicans, who manage the chamber’s legislative agenda, did not legislate on the president’s plan. This summer, the House, led by Democrats, advanced an infrastructure package totaling more than $1 trillion that included an update of a 2015 highway law. Two years ago, Trump was unsuccessful in persuading a Republican-led Congress to advance his private sector-centric infrastructure plan.