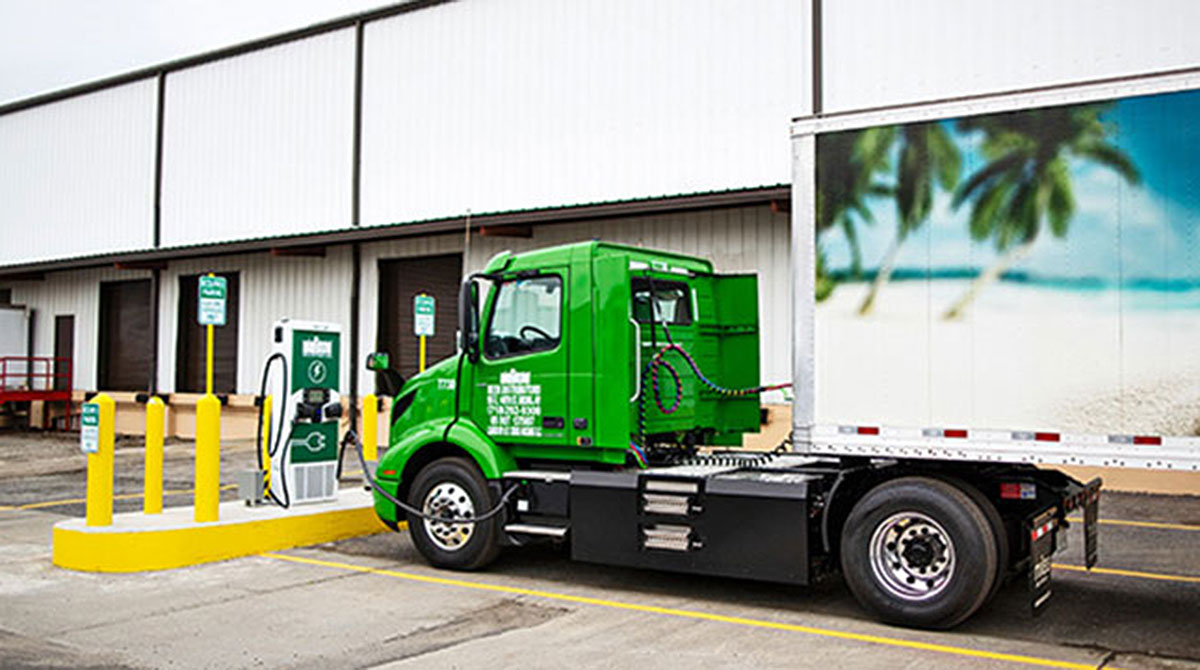 A Volvo VNR Electric model at a charging station. (Volvotrucks.com)

A new report from the American Transportation Research Institute suggests that a small tax on electricity used specifically for transportation would produce much-needed support for the federal Highway Trust Fund, revenue from which pays for work on the nation’s roads and bridges.

In its “Electric Vehicles and Infrastructure Funding” study, released Sept. 30, ATRI describes a framework for electric vehicle taxation that would bolster the HTF, which relies on dwindling revenue from motor fuel taxes that have not increased since 1993.

“This analysis demonstrates how an electricity tax can easily emulate all the key components of a fuel tax,” Paul Enos, CEO of Nevada Trucking Association and a member of ATRI’s Research Advisory Committee, said in a statement. “Moving forward with an efficient utility-based approach will help EV owners support the infrastructure that they use every day.”

Enos was joined on the committee by Arizona Trucking Association President Tony Bradley.

According to the report, some utilities already have the technological capability to collect a 2.1 cents-per-kilowatt-hour charge for transportation-related electricity consumption, and could roll out plans in the years ahead. Under this plan, utilities would identify, measure and tax electricity used specifically for transportation, beginning first with power dispersed through public charging stations and residential smart chargers.

The report notes that as hybrid and battery-electric vehicles become more widespread on roads, fuel tax revenue into the HTF will dwindle. Between 2020 and 2029, the report projects that rising popularity of these vehicles will result in more than $4.3 billion in lost fuel-tax revenue. 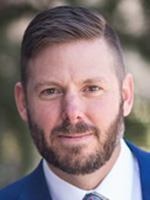 Enos told Transport Topics as more utilities implement the use of smart meters in homes and at commercial locations to monitor electric power usage, it is possible to determine how much power is being used specifically for transportation.

“The most technically advanced smart meters have an electronic fingerprint with every single device that is plugged into an outlet in that home,” he said. “The utilities can tell you that your pool pump is costing you $38 a month, your air conditioner is $84, your refrigerator is $69. They can tell you what each device is using. It’s no different for plugging in an electric vehicle.”

Enos said not every utility is equipped with smart meters, but the technology is rapidly expanding.

“At a commercial charging station, there is no reason why we shouldn’t be adding a tax on electricity, based on a kilowatt hour,” he said.

Enos noted this would level the playing field for electric and hybrid vehicles, which pay little or no taxes to fund roads, while gasoline at the federal level is taxed at 18.4 cents per gallon while diesel is taxed at a rate of 24.4 cents. Plus, some states levy specific fuel taxes or sales taxes on fuel purchases.

Concerns about the likelihood of diminishing revenue from the HTF come at a time when the Biden administration is pushing as part of its climate agenda to have half of all new vehicles sold in the U.S. by 2030 run on electricity.

“One projection from the Edison Electric Institute forecasts annual sales of 3.5 million EVs in the U.S. in 2030, bringing the total number of EVs to 18.7 million,” the report stated.

ATRI stressed its model for taxing electric and hybrid vehicles is more equitable than a proposed vehicle-miles-traveled tax, which would require drivers to report mileage and then pay a tax. Under a common VMT scenario, a transponder would monitor driving and automatically deduct the amount owed from an account..

“A national VMT tax program would cost many billions of dollars in overhead annually, and would have extensive expenses and uncertainties related to compliance and enforcement,” the report said. “A VMT tax is not a financially feasible solution in the short term due to extensive overhead costs.”

“These fees do, of course, generate revenue, but they are often not aligned well with roadway use,” the report said. “While the gasoline tax has a direct relationship to miles driven for each individual car, and a VMT tax measures precise mileage, a registration fee in theory allows you to drive an unlimited amount in exchange for a static fee.”