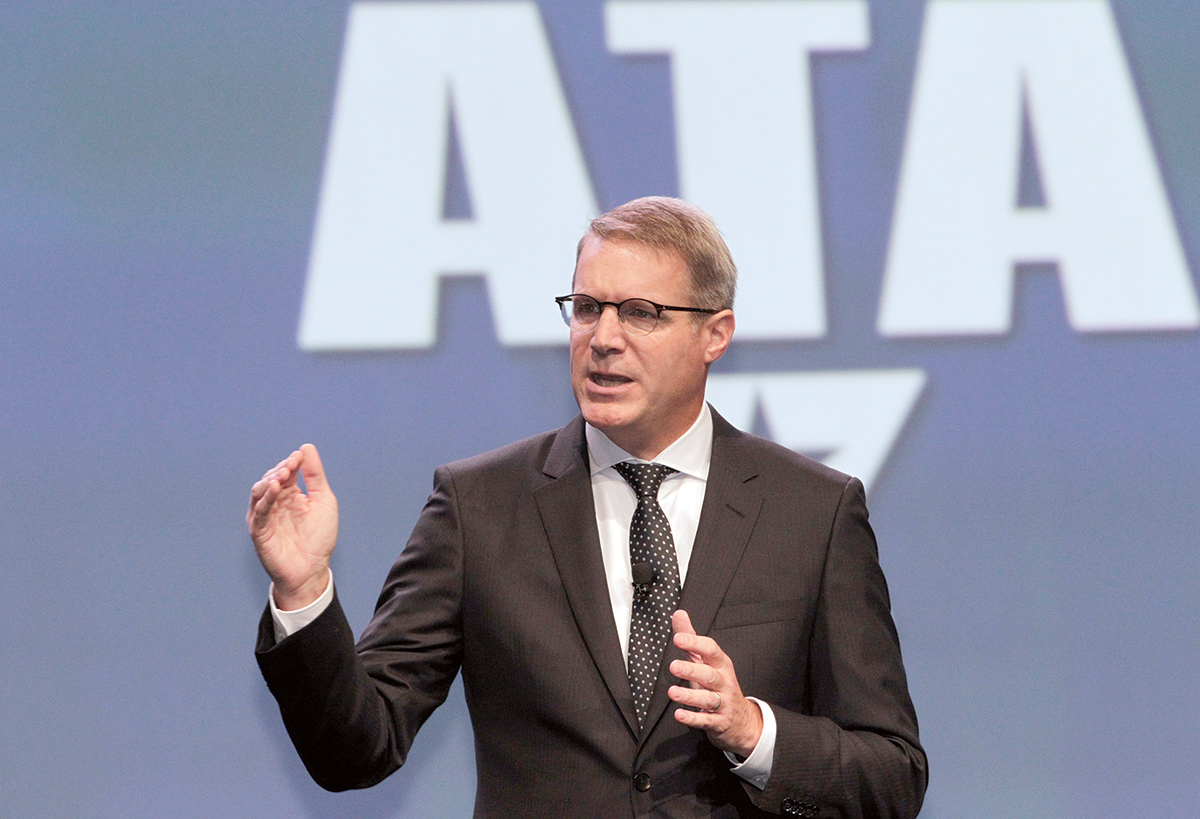 With the freight market expected to grow and many members of trucking’s current workforce nearing retirement age, the industry will need to hire nearly 1 million drivers and technicians in the next decade just to meet economic demands, ATA President Chris Spear said during the conference, which ran Oct. 21-25 and was attended by about 2,500 people.

“To build trucking’s future, we need to look beyond the hood,” Spear said. “We need to stop talking about problems and start addressing them.”

To that end, ATA announced it is establishing a workforce development subcommittee that will work with federal and state officials to find solutions to the driver and technician shortages. 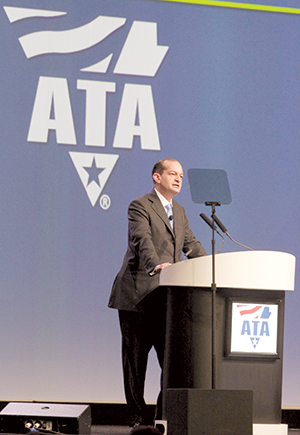 Acosta touted apprenticeships as a key strategy for meeting the industry’s demands for skilled workers such as truck drivers and repair technicians.

“In your industry, you’ve developed robust training programs, yet few are established apprenticeship programs,” Acosta said. “To help ensure a pipeline of skilled workers for the future, apprenticeships deserve a good, close look.”

Later, Transportation Secretary Chao told MCE attendees that the current and anticipated shortage of truck drivers also gets her attention.

The Federal Motor Carrier Safety Administration is looking at a number of approaches, she said, including apprenticeships and outreach to veterans and historically underserved communities.

“I think a lot more women would be interested in helping out as well,” Chao added, pointing out that only about 7% of commercial drivers are women.

“By elevating this issue within ATA, I hope we can come to the table not just to further recognize the problem, but to identify solutions,” Smith said.

The panel will look at a variety of ways to address the labor shortage, including job training, apprenticeships and the minimum age requirement for interstate drivers.

Another potential solution discussed at MCE was hiring and training 18- to 21-year-olds to get them interested in the industry before they head down other career paths.

TCW Inc. President Dave Manning — elected ATA’s 73rd chairman at the conference — said apprenticeships could be a way for the industry to get prospective drivers into a truck out of high school instead of having to wait until they pursue a second or third career. “That’s a big problem for us today.” 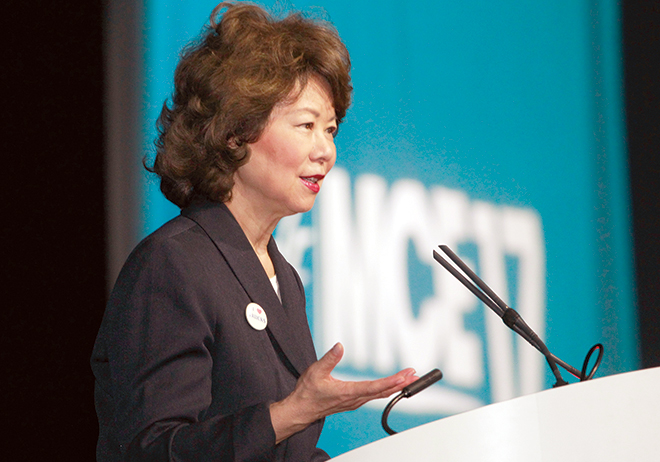 While 18-year-olds can obtain licenses to drive commercially within a state, the federal age requirement for interstate truck drivers is 21.

Manning also said the technology available in modern trucks makes it much more feasible for drivers under 21 to operate them.

“You can tell minute by minute how that individual is handling the truck, and if they’re not safe, you can get them out before the accident occurs,” he said.

While efforts to resolve the driver shortage aren’t going to happen “with a snap of the fingers,” these new initiatives to bolster trucking’s workforce could begin to yield some benefits within a year or two, said Kevin Burch, ATA’s immediate past chairman and president of Jet Express Inc.

Further highlighting the urgency of the issue, the American Transportation Research Institute reported at MCE that the driver shortage jumped to No. 1 on its annual top 10 list of trucking’s most pressing concerns (see story here).

Also ATA Chief Economist Bob Costello warned that the driver shortage may reach 50,000 by the end of the year based on his latest research and could widen to more than 174,000 by 2026 if current trends continue.

“Now that freight volumes are accelerating again, we should expect to see a significant tightening of the driver market,” Costello said.

And the upcoming mandate of electronic logging devices could elevate the industry’s need for more drivers by reducing freight capacity through tighter enforcement of hours-of-service limits.

Trucking executives, regulators and law enforcement officials at MCE discussed final preparations for that regulation, which requires carriers to install ELDs in their trucks by Dec. 18 (see story here).

Separately, Spear reiterated ATA’s support for the Trump administration’s tax reform proposal, which would reduce the corporate tax rate to 20% (from 35%) and enable trucking companies to invest more in their employees, equipment and future growth.

“Ladies and gentlemen, we have not witnessed a proposal like this in over eight decades,” Spear said. “We owe it to our industry and our children’s future to help get it passed.”

Spear also highlighted one of the federation’s major achievements in the past year — withdrawal of the more restrictive hours-of-service restart provisions enacted in July 2013.

That win is a reminder of “the sheer strength of this association when we work together,” he said.