Industry Prepares for Transition to ELDs 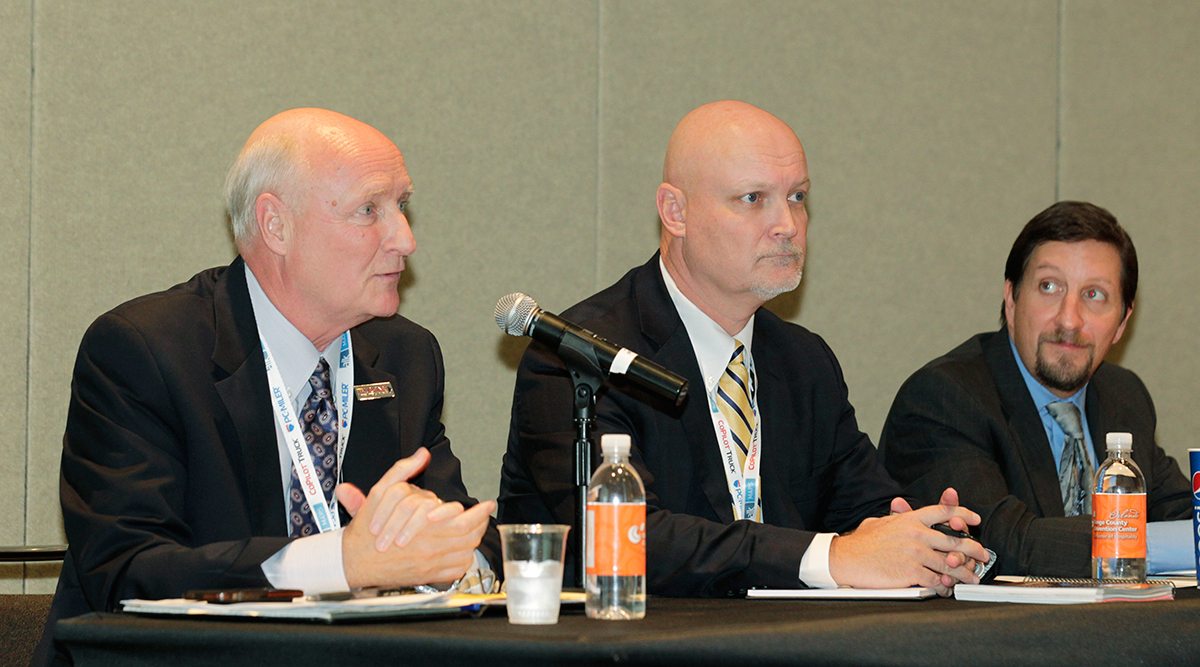 ORLANDO, Fla. — The long-awaited federal mandate of electronic logging devices is now less than two months away, but much work remains to bring the industry into compliance with the regulation.

The Federal Motor Carrier Safety Administration’s ELD rule will require carriers to use electronic logs instead of paper logbooks to record drivers’ hours of service.

Law enforcement will take a phased-in approach to the regulation.

The Commercial Vehicle Safety Alliance previously announced that officers will begin enforcing the mandate as soon as it goes into effect Dec. 18, but will not place trucks out of service for operating without an ELD until April 1. 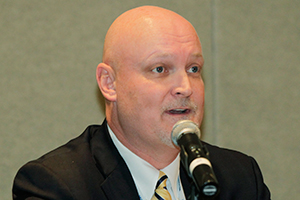 That approach will allay fears that weigh-station parking lots will fill up with noncompliant trucks, said Collin Mooney, executive director at the Commercial Vehicle Safety Alliance.

He described the postponement of the out-of-service criteria as “the responsible approach to enforcing and implementing this rule,” while “also ensuring that all of you also receive your Christmas presents this year.”

It also will give CVSA more than three months to get a good sense of where the industry stands on ELD deployment, he added.

“We’re hopeful that by the time April 1 rolls around, a lot of the fears will subside,” Mooney said.

He also emphasized that the regulation will not change hours-of-service limits — it just shifts the method of enforcement from paper logs to electronic logs. 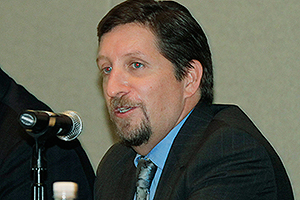 Joe DeLorenzo, director of FMCSA’s office of enforcement and compliance, reviewed the basic elements of the ELD rule and addressed some of the finer points of the regulation.

As a general rule of thumb, drivers who are required to keep paper logs today will most likely need to install an ELD under the rule, he said. Exceptions include drivers who work primarily in shorthaul operations and do not need to keep paper logs more than eight out of 30 days, drivers of trucks with engines manufactured before 2000, and drivers in driveaway-towaway operations where the vehicle driven is the commodity being delivered.

DeLorenzo reminded attendees that valid ELDs must be self-certified by the vendor and listed on FMCSA’s online registry. That list has grown to about 135 devices, he said.

The rule includes a grandfather provision that allows carriers using current electronic logging systems classified as automatic onboard recording devices, or AOBRDs, to continue using them until December 2019.

However, DeLorenzo reminded attendees that carriers cannot stockpile AOBRDs ahead of the mandate.

Carriers can move their existing AOBRDs into new trucks as they replace their older vehicles, but they can’t add new AOBRDs to new capacity as they expand their fleets.

“In terms of planning how things are going to go over the next two years, I think it’s important that everyone think about that,” DeLorenzo said. “Think about what new capacity you may be adding, or whether you are just replacing vehicles.”

The ELD rule spells out two options for data transfer: a telematics option using web services or email and a local option using Bluetooth or USB.

DeLorenzo predicted that web services will be the primary method of choice in “an overwhelming majority of cases.” 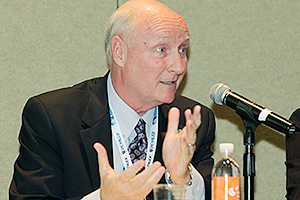 Jim Ward, CEO of D.M. Bowman Inc., said electronic logs have had a “very positive effect” on safety at his company. “It’s created a safer culture.”

The Maryland-based carrier, which operates a fleet of about 400 trucks, transitioned to e-logs from 2011 through 2013.

The fleet experienced some initial pushback from its drivers when it implemented e-logs, and some likely left the company as a result, Ward said. But after becoming familiar with e-logs, drivers now tell Ward that they prefer to use them.

“We probably lost some, but not many — I would say probably a handful,” he said. “But I’m here to tell you today, that if we pulled those units out tomorrow, we would have a mass exodus.”

He said ELDs can give motor carriers an opportunity to collect data that they can use to support reasonable conversations about driver detention with their shippers.

However, Ward also voiced concern that time is running low for carriers who have not yet moved to ELDs to become compliant ahead of the deadline.

“There is a very short period right now to affect the necessary change going forward,” he said.