Arriving at a New Standard

In competitive running, the standard of excellence is the four-minute mile. It was first achieved in 1954 by British distance runner Sir Roger Bannister. At that time, it was a celebrated feat. So much so, Bannister was that year’s Sportsman of the Year by Sports Illustrated.

Beforehand, running a mile in under 4 minutes was considered nonachievable. Now, it’s the standard to even become an Olympic-level distance runner.

When I began my first entry into the Workbench, I touched upon the notion of change and how it constantly evolves. As an introduction about myself, it was fitting — it was my first column. However, that theme has been consistently playing out over the past year. 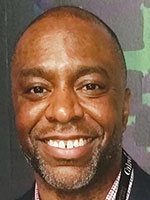 Not that things have not changed, but ever-so-apparently now, we are starting to see new benchmarks and standards within the industry … change.

Generally speaking, the era of the post-pandemic is beginning and those of us who were fortunate enough to come out healthy (and vaccinated) find ourselves realizing a new normal; Forming a new way of living that we first thought was temporary but is now morphing into a new standard of its own. We are well-aware of the resistance from some on where we are moving toward, but as they say, change waits for no one. 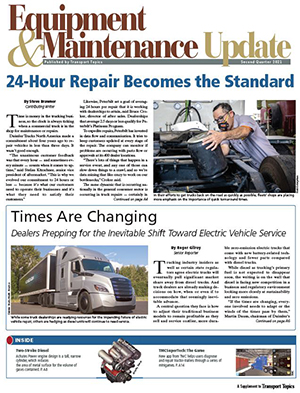 You’ll find that theme throughout the print edition pages and online articles for this quarter’s Equipment & Maintenance Update. For instance, the thought of a 24-hour repair turnaround was considered a luxury five years ago. Now, as our culture of instantaneous action/results marches on, that time frame which once was a nice to have now is a must-have service attribute for tech shops and dealerships. Speaking of dealerships, they are faced with the action of investing in the electric vehicle repair space while not ignoring the maintenance of ­diesel trucks that are rolling along on our nation’s highways.

These crossroads of change are in sight as well as automakers are confronting a chip shortage that stunted production in the near term. Also, as the pandemic has led to the new normal of e-commerce shopping and the innovation of last-mile delivery, startups around the world are taking advantage to compete with Big Auto in the cargo van space.

We also see how forward-thinking concepts are able to meet the challenge of the clashing of old and new with the Technology & Maintenance Council’s new smartphone app. It uses augmented reality to bring awareness to the possibility of having a technician-­related career, because today’s technician will more likely hold a tablet than a pair of pliers.

There will be pain points involved in these aforementioned topics that will deal with the labor, costs and other resources, and they will be discussed in these pages in the future. In due time, the rubber will soon run on the road on all of this. And like Bannister’s sub-four-minute mile, what seems like an anomaly and something brand new and fresh today will definitely become the standard in the future.