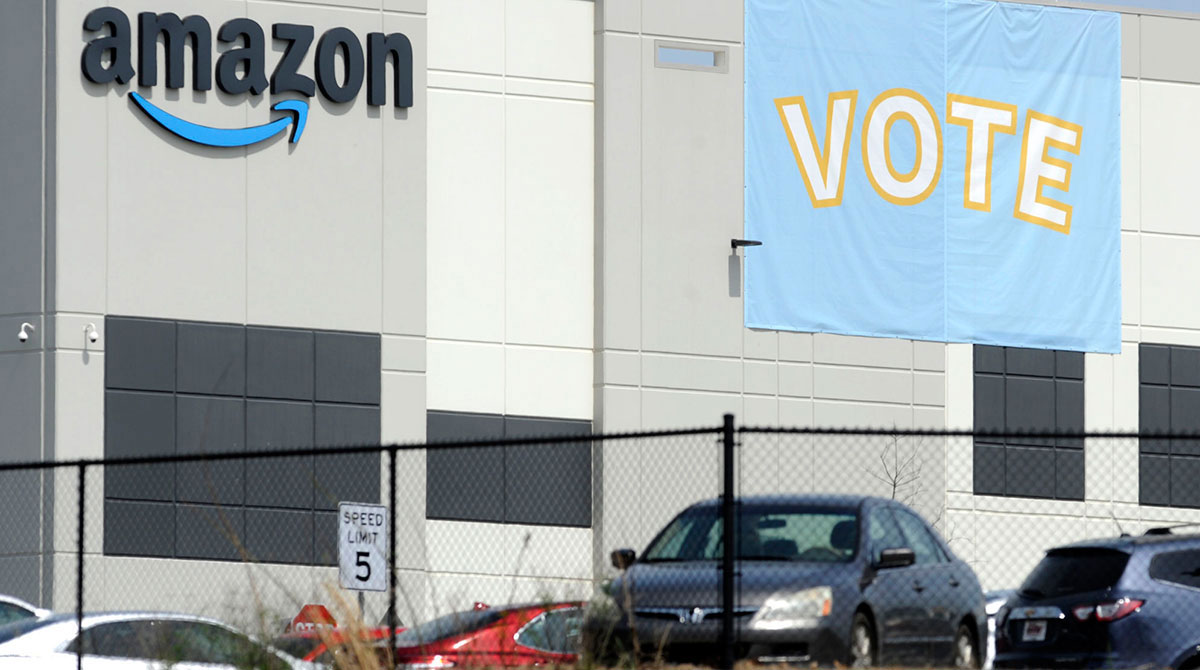 A banner encourages workers to vote in labor balloting at an Amazon warehouse in Bessemer, Ala., on March 31. (Saul Martinez/Getty Images via Bloomberg News)

NEW YORK — Amazon, under pressure to improve worker rights, has reached a settlement with the National Labor Relations Board to allow its workers to freely organize — and without retaliation.

According to the agreement, the online behemoth said it would reach out to its warehouse workers — former and current — via email who were on the job anytime from March 22 to now to notify them of their organizing rights. The settlement outlines that Amazon workers, which number 750,000 in the U.S., have more room to organize within the buildings. For example, Amazon pledged it will not threaten workers with discipline or call the police when they are engaging in union activity in exterior nonwork areas during nonwork time.

According to the terms of the settlement, the labor board will be able to more easily sue Amazon — without going through a laborious process of administrative hearings — if it found that the online company reneged on its agreement. 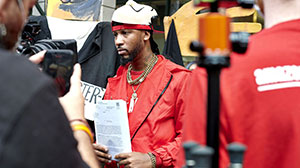 “Whether a company has 10 employees or a million employees, it must abide by the National Labor Relations Act,” NLRB General Counsel Jennifer Abruzzo said in a statement. “This settlement agreement provides a crucial commitment from Amazon to millions of its workers across the United States that it will not interfere with their right to act collectively to improve their workplace by forming a union or taking other collective action.”

She added that “working people should know that the National Labor Relations Board will vigorously seek to ensure Amazon’s compliance with the settlement and continue to defend the labor rights of all workers.”

Amazon.com Inc., based in Seattle, couldn’t be reached immediately for comment.

The unrest comes as labor shortages are giving workers a rare upper hand in wage negotiations and demands for more flexibility in their work schedules.