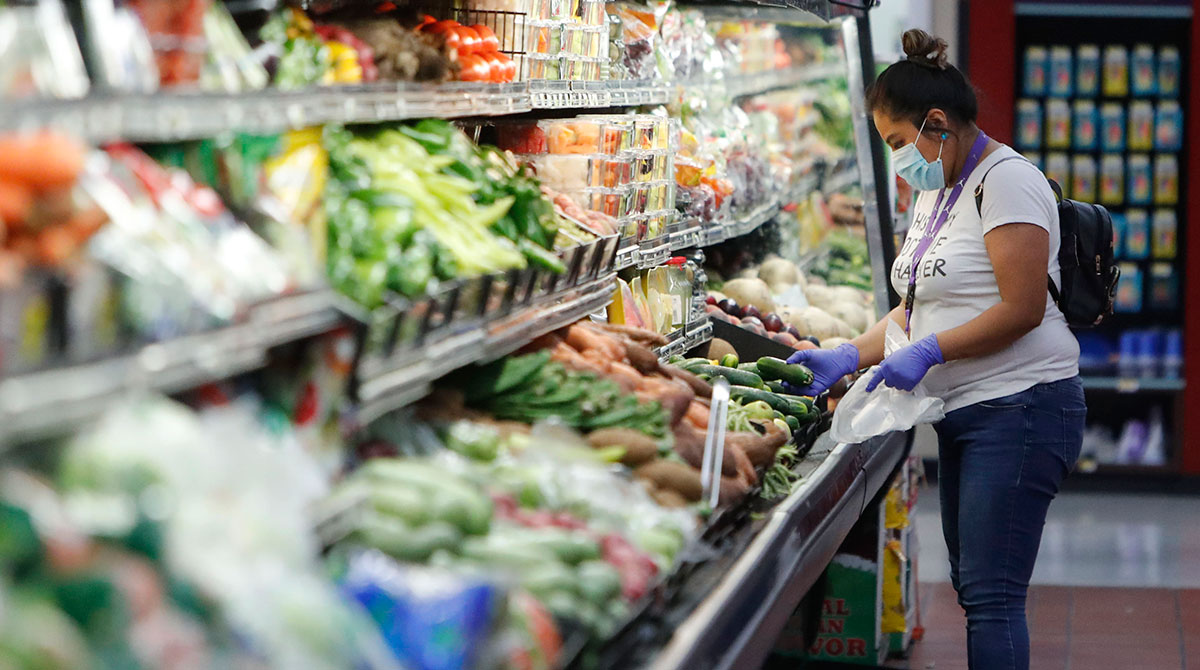 A woman wears a mask amid social distancing during the COVID-19 outbreak while shopping the well stocked produce section. (LM Otero/Associated Press)

More Retail, an Indian grocery chain backed by Amazon.com Inc., is considering an initial public offering that could value the company at as much as $5 billion, according to people with knowledge of the matter.

The company is weighing a first-time share sale in Mumbai as early as June, the people said, asking not to be identified as the information isn’t public. More Retail could raise as much as $500 million in a listing, which would consist largely of new shares, one of the people said.

Deliberations are at an early stage and details such as the timing and size could change, the people said. A representative for Samara Capital declined to comment, while a representative for More Retail did not immediately respond to requests for comment.