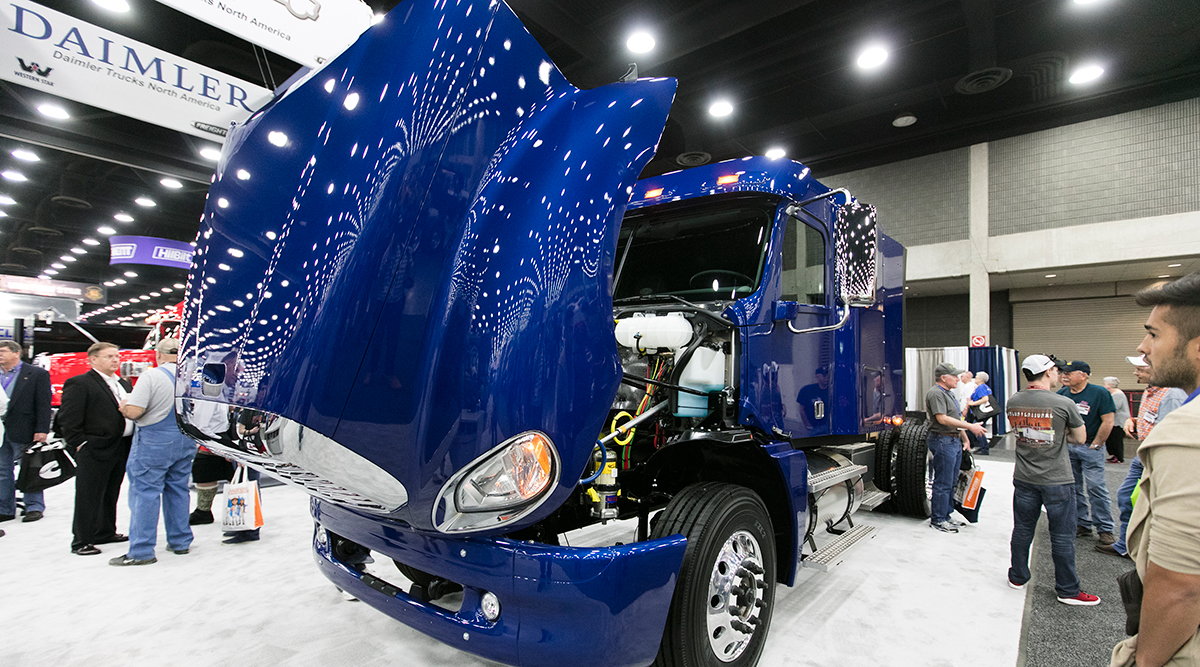 LOUISVILLE, Ky. — Daimler Trucks North America, the most vocal proponent of a two-year cycle for truck shows, has actually mounted a strong presence here at the Mid-America Trucking Show despite its strong support for the new Atlanta-based event in September.

Although the company did not host a press event here, walking through the South Wing of the Kentucky Exposition Center on March 23, the first day of MATS, revealed four DTNA units clustered near each other: Freightliner, Western Star, DDC’s Detroit Reman unit and Daimler’s glider division.

“The individual brands were given the option on whether to attend,” said Ann Demitruk, Western Star's vice president of marketing. “This is a great show for Western Star because of its emphasis on owner-operators and small fleets,” she said at her company’s booth, which featured two tractors.

She also confirmed that the total DTNA footprint for 2017, while large, is not as large as Daimler’s blowout exhibition from 2015, the corporation’s last time here.

2015 was one of the biggest Mid-Americas ever, but in 2016 none of the seven heavy-duty North American truck makers put on a display.

Mack Trucks also returned to MATS but Volvo Trucks, its sister company, did not.

Navistar Inc. hosted a press conference but did not have a major display.

The management of MATS is intent on keeping its annual format, but NACV is offering shows in September of odd-numbered years in Atlanta. Truck makers have said this is the ideal complement for Europe’s major show that runs in Septembers of even-numbered years.

While Kenworth and Peterbilt said here they will not display at this year’s inaugural NACV Show, all five other truck OEMs will: Freightliner, Western Star, Volvo, Mack and Navistar.

Cummins Inc., Bendix Commercial Vehicle Systems and Wabco Holdings also have said they will show up in Atlanta in September.