Wreaths Across America Gears Up for Dec. 17 Event 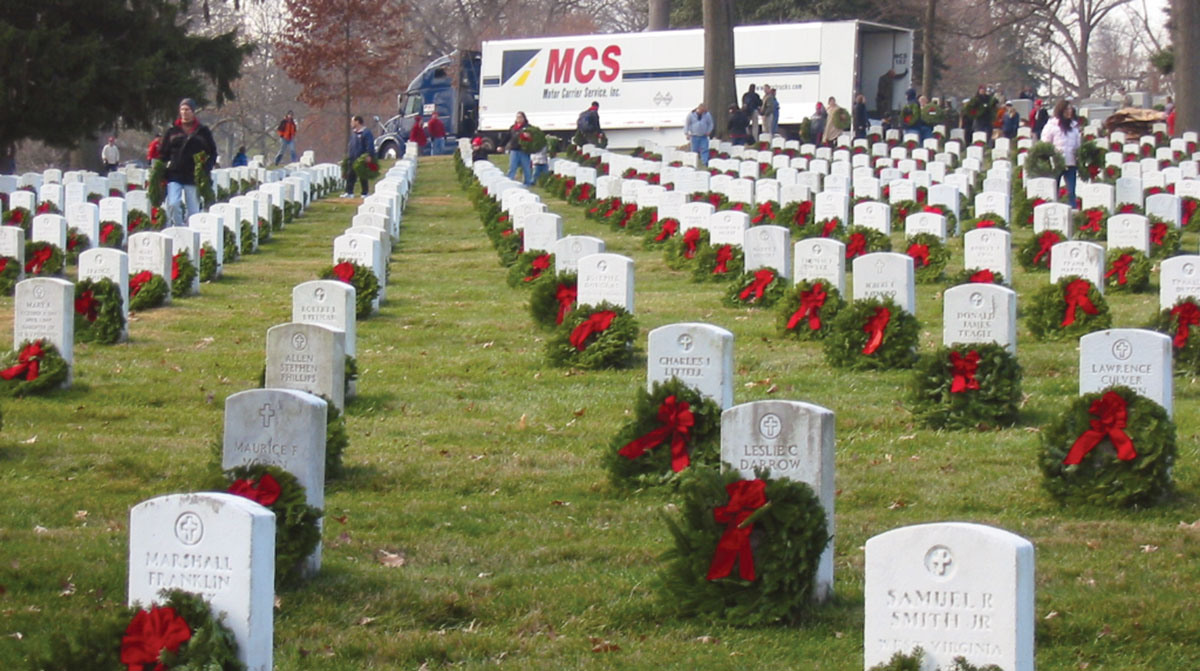 Arlington National Cemetery is the focal point, but wreaths are delivere4d to more than 3,700 cemeteries during the annual event. (Wreaths Across America)

Thirty-seven-year veteran truck driver J.D. Walker looks forward to December every year, despite dealing with the grief of losing his 21-year-old son, Marine Lance Cpl. Jeffrey D. Walker, in Iraq while conducting combat operations on May 14, 2007.

“He was always the life of the party,” said Walker, himself a U.S. Navy veteran. “I guess he took that from his father. He was very family orientated. It gets easier over the years, but you never really forget.”

Helping to ease his pain is the volunteer work Walker is doing this month, as he has done for the past seven years. He donates several weeks of his time to transport thousands of cemetery wreaths from Columbia Falls, Maine, and the headquarters of Wreaths Across America, to Arlington National Cemetery. 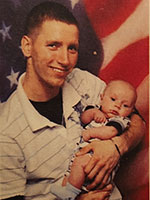 “I do this to honor our fallen veterans and all the veterans throughout the U.S. that are active, inactive and in the reserves,” Walker said. “This brings me a lot of comfort to do this every year. It’s a way to honor, respect and teach.”

Wreaths Across America is scheduled for Dec. 17, and an estimated 2.5 million wreaths will be delivered from Maine to more than 3,700 cemeteries. The program reaches all 50 states and several U.S. territories, among them Guam, Puerto Rico and Guantanamo Bay, Cuba.

Hundreds of thousands of people volunteer for the event every year, including an estimated 80,000 at Arlington National Cemetery in 2018, placing wreaths on the graves of the estimated 400,000 service members in a driving rain and nearly freezing temperatures.

“This is very family-friendly, you can bring children and large families. They’re actually placing these wreaths on the headstones, saying the names out loud, participating in the goodwill and fellowship that happens on that day,” Wreaths Across America Director of Transportation Don Queeney told Transport Topics.

The simplest way to get involved is to find a cemetery near you that is participating.

Don Queeney, director of transportation for Wreaths Across America

“The simplest way to get involved is to find a cemetery near you that is participating. And it can be done on our website, WreathsAcrossAmerica.org and make plans to be out there on Dec. 17.”

Walker has driven for Quincy, Ill.-based Gully Transportation for more than 12 years as an LTL driver in the Midwest and East Coast. He says Gully is one of hundreds of trucking companies that is deeply vested in Wreaths Across America, providing trucks, logistical support, cash, in-kind donations and, of course, drivers. 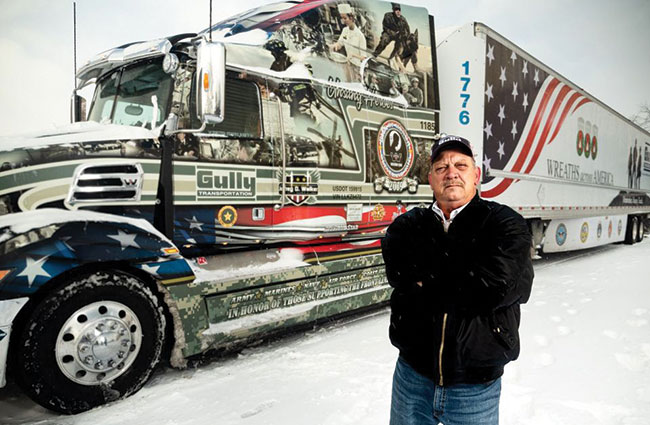 “My company is fully supportive of our veterans, and they know about my son. In fact, back in 2019 they surprised me with a fully wrapped military truck as a tribute, to honor him and all the unsung military heroes.”

The third pillar of the Wreaths Across America mission is to TEACH future generations the value of freedom. Our new, free curriculum helps share this mission with classrooms across the country.

“We couldn’t do this without the help and support we get from the trucking industry,” Queeney said. “We’re up to 587 tractor-trailer loads, and every one of those right now is donated. The in-kind value is north of $7 million. The carriers and the individuals and the drivers and the people back at the office, they’re just so passionate about this.”

This year, as in years past, the convoy of trucks departing from Maine in early and mid-December will be escorted by police and military vehicles.

“We’ll see the people on the route, you’ll see hundreds of people standing there waving American flags, greeting us and saluting us and the cargo, they’ll be standing there at attention,” Walker said. “It’s truly been a blessing for me to participate in this.”

While Arlington National is the focal point of Wreaths Across America because of its status as the country’s most prestigious cemetery with two presidents, numerous Supreme Court justices, and myriad military personnel dating to the Civil War, Queeney said the nonprofit wants to publicize that events will be held across the country.

“We don’t participate only in the national cemeteries,” he said. “I like to use the cliché that lonely church on a red dirt road that has two veterans laid behind it somewhere, that can be a location; and in many cases, we have locations like that. It just requires a volunteer to stand up and say they’re going to do this.”

And Walker said he is grateful for the volunteers who give of their time on a December day to remember people like his fallen son and the other veterans at these cemeteries.

“We should not forget these veterans and their sacrifice,” he said. “They gave so much.”