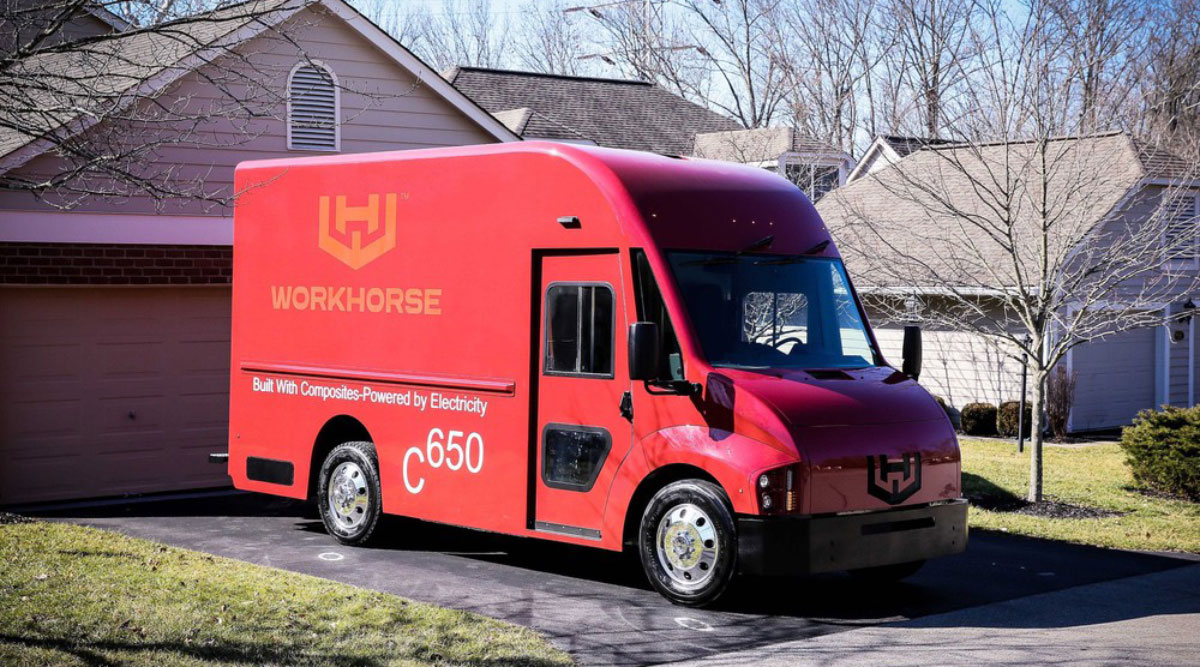 Workhorse, which is still in pre-production phase, saw its shares soar last year as investors scoured the market for the next Tesla Inc. That frenzy evaporated this year as many traditional auto companies announced their own push into electric car production. Almost 48% of Workhorse’s free float is now held short, according to financial analytics firm S3 Partners. That may be attracting retail investors, with social media postings on Workhorse unusually high and several tweets talking about a potential short squeeze.

“The move in Workhorse is almost certainly retail tiptoeing back into the stock,” Roth Capital Partners analyst Craig Irwin said.

The big hit for Workhorse came in late February, when the company failed to win a much-anticipated contract from the U.S. Postal Service. The stock crashed almost 50% in just one day on Feb. 23.

“Until these startup EVs begin production, we will see a lot of volatility in these names,” Perez said. 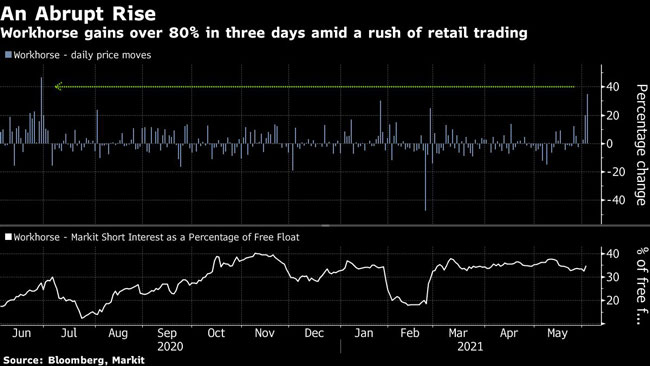 Workhorse isn’t the only EV company to be sold short. Peers Lordstown Motors Corp. and Nikola Corp., both of which have seen their shares jump this week, have 33% and 32%, respectively, of their shares held short. For Tesla, which was once a favorite with short sellers, that figure stands at 5% currently.

Most other smallish EV stocks, apart from Workhorse and Lordstown, were trading in the red on June 3. Legacy automakers General Motors, Ford and Stellantis were higher, after GM said it planned to boost output at two truck plants, which can help the company beat its first-half forecast of $5.5 billion in profit, and Ford reported a 184% increase in its EV sales.