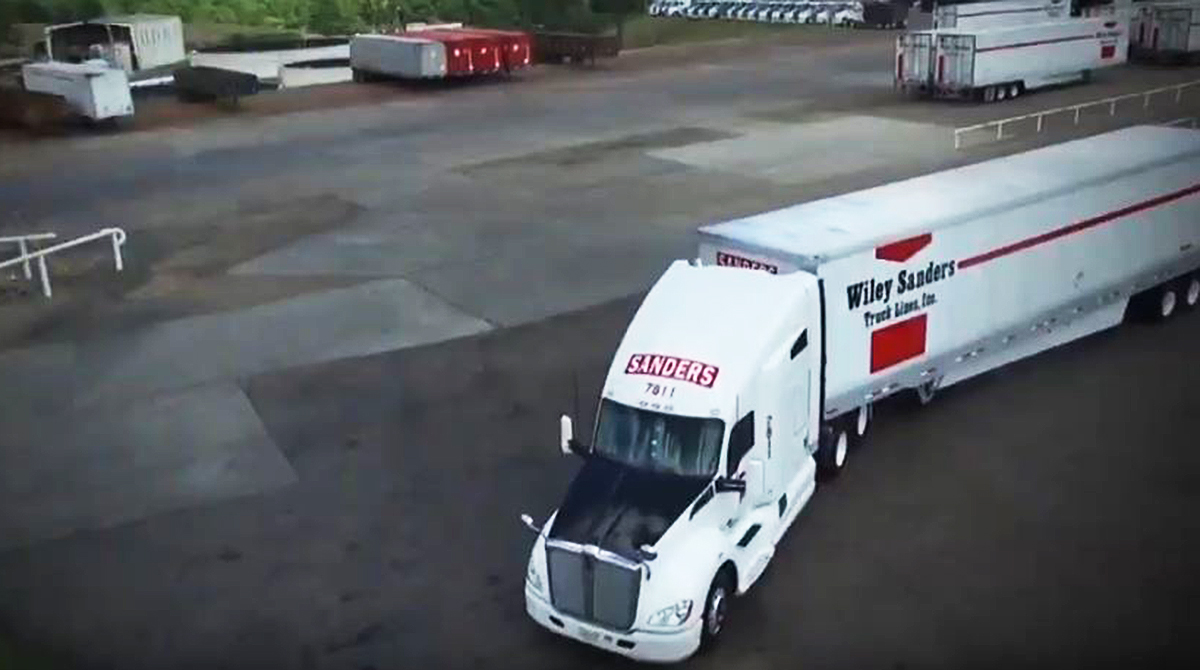 A California trucking company has pleaded guilty to illegally transporting more than 128,000 pounds of lead-contaminated plastic battery chips, a hazardous material known to cause irreversible damage to the health of young children who ingest or inhale the substance in contaminated soil or dust.

In a plea agreement Feb. 25, Wiley Sanders Truck Lines, a motor carrier based in Troy, Ala., that operates in California and 47 other states, admitted to three felony counts of “recklessly” and “knowingly” transporting the byproduct of the battery recycling process in 2013 and 2014 in three shipments from a battery recycling facility in Vernon, Calif., to another facility in Bakersfield, Calif.

The plea calls for the carrier to pay the federal government a $1.5 million criminal penalty and to additionally pay a total of $1.5 million to an environmental fund established by the Los Angeles County Department of Public Health to support residents in the communities affected by the motor carrier’s shipments, according to an agreement with the U.S. Attorney’s Office for the Central District of California in Los Angeles.

The money paid to the environmental fund is to be used for verification testing, analysis and assessment of soils for residential properties, assistance to residents in abating lead and lead-paint hazards, educational and learning disability assessment and intervention for children living in communities impacted by the motor carrier, and for public health outreach.

Wiley Sanders provided transportation services for a large battery recycling facility on a 15-acre property that at peak operation received 40,000 batteries a day.

The batteries were initially crushed and broken apart in a hammer mill, and during the process the batteries were separated into three component streams: acid, lead and plastic, according to court documents. The complex process was designed to produce a lead-based substance that could be used to manufacture new lead-acid batteries.

As part of the recycling process, the facility generated such hazardous waste as corrosive fluids and waste containing metals such as lead, cadmium, arsenic, antimony, zinc and chromium.

The end product was highly toxic and presented a serious danger to public health for residents residing in communities near the battery facility.

After the plastic battery chips were rinsed with water in an attempt to remove the lead and other materials, they were loaded into the Wiley Sanders semi-trailers parked at the facility. Prosecutors said Wiley Sanders knew that the semi-trailers did not contain any lining or inner packaging material to prevent liquids and semi-solids from escaping through cracks and other openings in the trailers while they were traveling on public roads. On at least two occasions authorities spotted liquid dripping from the trailers and called hazmat responders to the scene.

"Exide admits that it knowingly stored corrosive and lead-contaminated hazardous waste inside leaking van trailers, owned by Wiley Sanders Truck Line, Inc., parked at the Facility. Exide admits that it illegally stored such hazardous waste a significant number of times over the past two decades, in violation of federal law. Each incident could be charged as a felony violation of the federal Resource Conservation and Recovery Act." — Excerpt from the 2015 non-prosecution agreement

“Children under the age of 6 are known to ingest more lead than adults because of the normal hand-to-mouth behavior of young children,” according to a statement of facts in the court file. “The most common manner in which children ingest lead is by placing objects that have lead-contaminated soil or dust on them in their mouths. There is no known safe level of lead in human blood.”

Although Wiley Sanders was not prosecuted, the company was mentioned in a 2015 non-prosecution agreement between the U.S. Department of Justice and Exide Technologies Inc. that called for Exide to close its Vernon, Calif., battery manufacturing company “immediately and forever” and pay $50 million to clean-up the site and surrounding neighborhoods, which had been affected by environmental toxins for close to a century.

“Exide admits that it knowingly and willfully caused the shipment of hazardous waste contaminated with lead and corrosive acid in leaking van trailers owned by Wiley Sanders Truck Line Inc. and operated by Lutrel Trucking Inc. and KW Plastics of California Inc., from the [Vernon] facility to Bakersfield, Calif., a significant number of times over the past two decades, in violation of federal law," the agreement said.

Lutrel Trucking and KW Plastics of California Inc. were both mentioned in documents in the Wiley Sanders plea agreement in February as partners of Wiley Sanders.