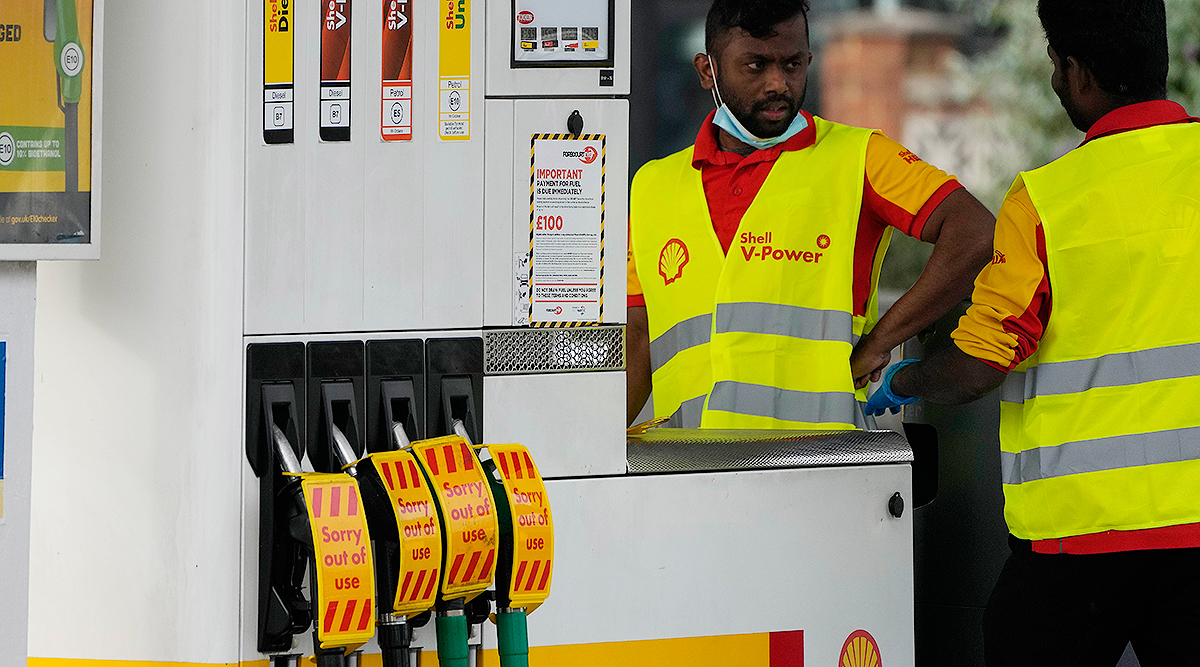 LONDON — Long lines are snaking down streets across the U.K. as drivers struggle to fill up their cars, causing widespread traffic misery and worries over whether emergency services can do their work.

The British army has been put on standby to help out. And the government is blaming the public, urging people not to panic. Unsurprisingly, perhaps, people hear the word panic and do just that — panic-buying fuel on a scale not seen since September 2000 when a similar crisis brought the country to a virtual standstill.

Here’s a look at how the crisis is unfolding:

What Is Going On?

At first, the shortages drew a shrug. An inconvenience for some, but hardly the stuff to shake an economy or a government. But Sept. 23’s news from oil giants BP and ExxonMobil that they were having to close some gas stations as a result of a truck driver shortage changed that.

People, especially those with memories of the 2000 crisis, knew where this could end and headed to the pump. Rationally they’d say. Others, seeing what was unfolding, whether live or on television or social media, have followed suit.

Is There a Fuel Shortage? 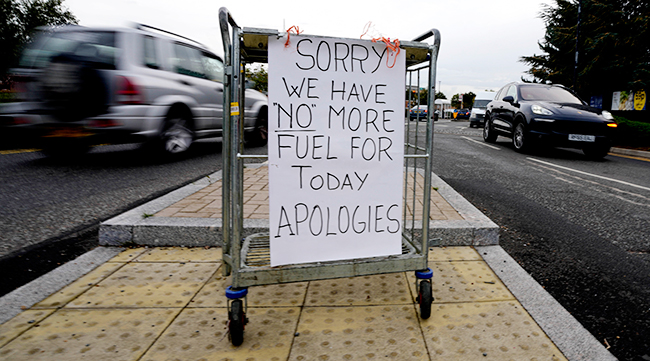 A sign referring to the lack of fuel is placed at the entrance to a petrol station in London Sept. 28. (Frank Augstein/Associated Press)

The British government insists there is not.

That’s true, but the process of keeping the country’s gas stations flowing involves the seamless interaction of a number of activities. So when one or more aspects of the process are out of kilter, the whole system can grind to a halt.

Critics say Prime Minister Boris Johnson is also to blame for failing to address the issue of a lack of truckers — he has been warned for months that there is a shortage of around 100,000 drivers across the trucking sector overall.

Replenishing stocks becomes even more difficult if the driver shortage remains and people persist in their changed routines. It’s a self-perpetuating crisis that can — as 2000 showed — lead to the economy chugging to a halt in a matter of days.

Is Brexit to Blame for the Shortage of Truck Drivers?

The pro-Brexit Conservative government is keen to downplay talk that the truck driver shortage is a result of Britain’s departure from the European Union.

However, when the country left the economic orbit of the EU at the start of this year, one of the bloc’s main tenets ceased to apply — the freedom of people to move within the EU to find work. With Brexit, many tens of thousands of drivers left the U.K. to go back to their homes in the EU, further pressuring an industry already facing long-term staffing issues.

What Other Factors Are to Blame?

The coronavirus pandemic has exacerbated the staffing issues, prompting thousands of EU drivers to leave the U.K. The series of lockdown restrictions also led to difficulties in training and testing new home-grown drivers to replace those who left.

In addition, the pandemic accelerated the number of British drivers, many of whom were nearing retirement age, calling it a day. Relatively low pay, changes in the way truck drivers’ incomes are taxed and a paucity of facilities — toilets and showers, for example — also have diminished the job’s appeal to younger workers. In short, it has been a perfect storm.

What Is the Government Trying to Do in the Short Term? 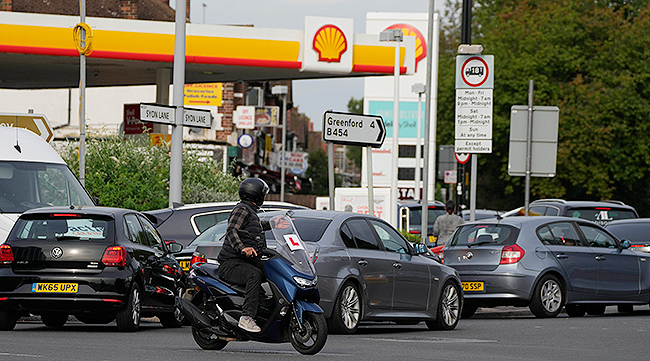 Drivers queue for fuel at a petrol station in London on Sept. 28. (Frank Augstein/Associated Press)

Everyone agrees there are no quick fixes. The main thrust from government appears to be to get motorists to go back to their normal routines — go to the pump only when needed.

There are few signs of that happening, prompting warnings about how the crisis is compromising patient care as doctors and nurses struggle to get to work.

Johnson appeared on Sept. 28 to dial down blaming the public, acknowledging how “frustrating and infuriating” it must be to worry about shortages of fuel. He said the situation is “starting to improve” as supplies return and urged people to “go about their business in a normal way.”

What About the Medium to Longer Term?

The government is trying to entice former British drivers back into the industry, as well as to accelerate the training of new drivers. And it has put army personnel on standby to drive the fuel tankers.

It’s also offering visas to 5,000 foreign drivers to come to the U.K for three months. Whether many will opt to come for such a short time and then face a race to get back home for Christmas remains to be seen.

The hope is that the demand-and-supply balance will get back to normal soon, partly because so many people will have filled up their cars already. Over the coming months, the structural issues facing the trucking industry will remain and there are fears that similar disruptions to supplies will hit other sectors.

It’s not just the trucking industry facing labor shortages following Brexit and the pandemic. There are concerns within the farming community, for example, that much of this year’s harvest will be left to rot because there aren’t enough agricultural workers around.

Will there be enough turkeys for Christmas?

Some Denver Gas Stations Have Been Running Short of Fuel