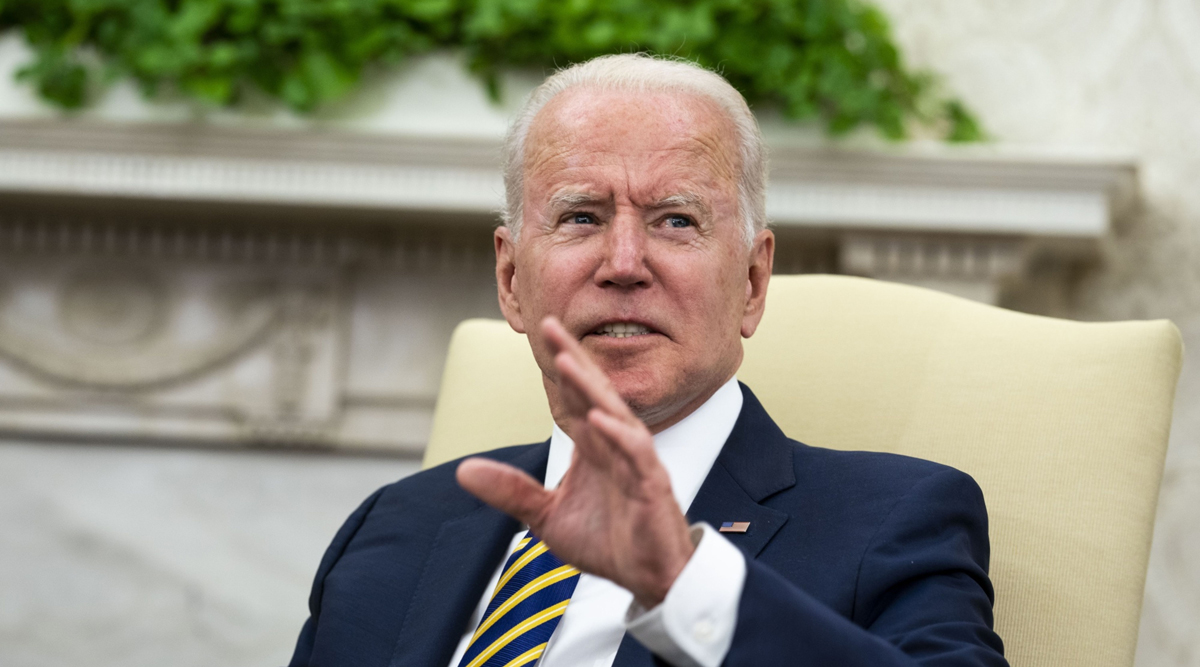 President Joe Biden's administration says it will not negotiate on climate initiatives in its next legislation. (Doug Mills/Bloomberg News)

Major climate measures sought by the White House that were left on the cutting room floor during infrastructure negotiations with Republicans will be non-negotiable items as the administration sets its sights on the next legislative vehicle, a White House official said June 30.

A mandate that could require utilities across the nation to generate clean electricity and a tax-credit extension worth hundreds of billions of dollars for the wind, solar and other renewable energy industries are must-haves in a package being put together by the White House, said Gina McCarthy, the White House’s domestic climate adviser.

“We do have some bottom lines in this,” McCarthy said during a forum held by Punchbowl News. “We need to make sure we are sending a signal we want renewable energy and it will win in the marketplace.”

In addition, McCarthy said the White House plans to seek tax credits and consumer rebates for electric vehicles in the plan, which Democrats plan to attempt using the so-called budget reconciliation procedure that avoids a Republican filibuster in the Senate. However, with the party having only razor-thin control of the Senate, the effort is far from certain.

McCarthy’s remarks come amid pushback from progressives that a bipartisan infrastructure deal reached between lawmakers and President Joe Biden last week left out sweeping investments in renewables, the power grid and electric vehicles that the White House had called for.

“While there are some necessary provisions in the bipartisan proposal, it does not act on climate at the scale that science and justice require or meet the commitments that the Biden-Harris administration made to act on climate and environmental justice,” Gene Karpinski, president of the League of Conservation Voters, said in a statement. “Moving forward on this bipartisan framework alone would send a message to communities across the country that their future is not important.”

The $579 billion infrastructure deal, announced June 24 by Biden and a group of Democratic and Republican senators, doesn’t include a mandate sought by the White House that could have required utilities to produce power only from carbon-free sources. The measure, known as a Clean Energy Standard, was seen a one of the key drivers in achieving the lofty climate goals announced by the White House this spring to reduce U.S. greenhouse gas emissions by 50% by 2030.

In announcing his $2.25 trillion infrastructure plan in the spring, Biden called for $174 billion for electric vehicle initiatives and a 10-year extension of coveted tax credits for wind, solar and other renewable energy sources, among other measures he said were needed to catalyze investments in a clean energy economy and encourage low-emission technologies necessary to constrain global warming.