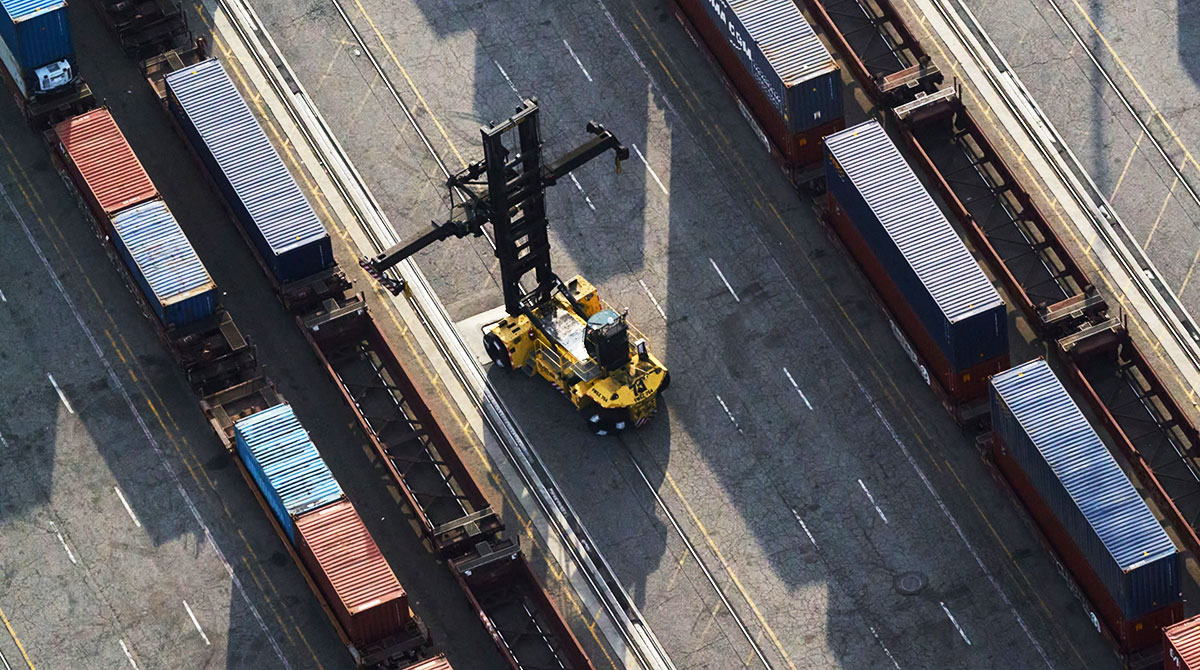 A container handler at the Port of Los Angeles in Los Angeles. (Bing Guan/Bloomberg)

The union representing about 15,000 dockworkers at the largest U.S. ports declined an offer by employers to extend existing labor contracts for a year, setting the stage for heated negotiations.

The Pacific Maritime Association — which represents 70 ocean carriers and terminals operating at 29 West Coast ports — proposed extending its current agreement with the International Longshore and Warehouse Union for another year through July 1, 2023, it said in a Nov. 16 letter to the ILWU seen by Bloomberg News.

“There is already a perception among the trade community that negotiations are likely to result in some kind of disruption,” PMA President James McKenna said in the letter. The extension would be a “necessary step to protect commerce and our economy during this recovery period,” he said.

When companies and workers last discussed contracts in 2014, West Coast ports faced nine months of slowdowns that came to an end only when the White House got involved. Originally set to end in 2019, the contracts were extended for three more years after roughly two-thirds of union members voted to lengthen them to avoid cargo disruptions in exchange for higher wages and pensions.

This time around, the negotiations come amid record backlogs at the ports of Los Angeles and Long Beach, with persistent supply chain constraints contributing to delays, shortages of some goods and quickening inflation.

Dockworkers are also focused on the economy, union International President William Adams said in a letter of response to the employers. It’s “especially ironic to ask labor to pass on collective bargaining” when shortages of workers outside of the ports — such as truckers and warehouse employees — don’t have “wages and working conditions attained through collective bargaining that persuade people to stay and commit their lives to tough physical labor,” he said in the letter.

“The employer is now asking for an extension to that extension,” Adams said in a separate emailed statement to Bloomberg News. “We’ve been waiting for seven years to address issues that are important to dockworkers.”

A one-year contract extension with the ILWU “would be in the best interests of the national economy,” in light of the supply chain disruptions, the PMA said in an emailed statement. “Given the union’s response, we will be prepared to meet at the bargaining table next year.”

Automation and safety issues are likely to be at the center of the discussions. The union has lost at least 20 members to COVID-19, according to Adams, and automation has been a point of contention between the two organizations for years, as it’s gained more space in contracts over time.

In an interview with Bloomberg earlier this month, McKenna said the PMA had already submitted its new contract proposal, but that negotiations are unlikely to officially start until the spring.

The Future of Warehouse Building Is Urban