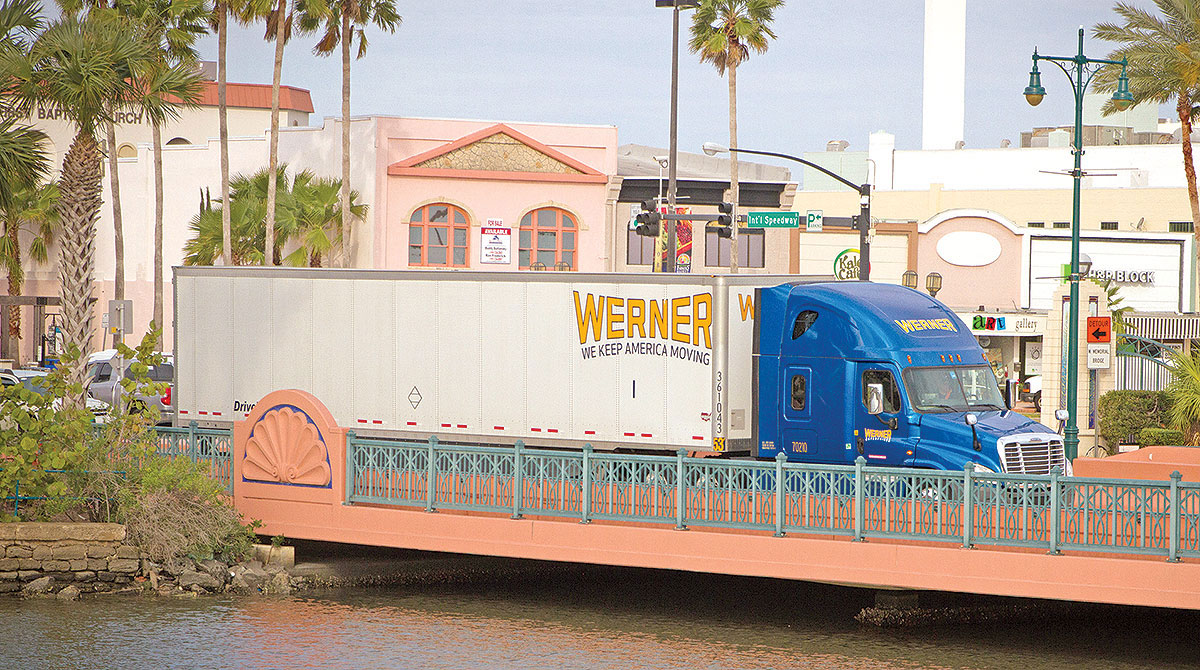 An appeal of one of the largest accident verdicts in history against a motor carrier has been languishing for nearly three years in a Texas appellate court while justices who heard the arguments retired before a decision.

It was in 2018 that a Houston jury returned an $89.7 million verdict against Werner Enterprises Inc. in a 2014 fatal crash after a pickup truck driven by a friend of the plaintiff lost control on a slick interstate, traveled across the highway median and collided with a Werner tractor traveling on the opposite stretch of road.

In its October 2018 appeal of the jury award filed with the Texas Fourteenth Court of Appeals in Houston, Werner argued that its driver, Shiraz Ali, was not at fault in the accident.

The stakes in its outcome are high for both Werner and the trucking industry, said Richard Pianka, deputy general counsel for American Trucking Associations.

“Setting aside the large number, the idea that Werner would be held negligent and liable is very alarming, in that they didn’t really do anything wrong,” Pianka told Transport Topics. “They were driving below the speed limit, they were hit by a pickup truck. The only thing that went wrong is that the pickup truck lost control.”

Werner’s attorneys wrote in a court pleading: “At the time of this accident, Shiraz Ali was proceeding in his lane, in control of a Werner tractor-trailer and well below the speed limit, when the [plaintiff’s] vehicle suddenly careened into his path, leaving him no time to avoid a collision.”

But the plaintiff’s attorney in the case, Eric Penn, told the jury that the driver was inexperienced, was driving too fast, should not even have been driving during the icy conditions, and that Werner was negligent for failing to adequately train and supervise him for operating in bad weather.

Werner has denied those allegations and is asking the appellate court to “reverse the trial court’s judgment and render judgment in their favor or, at a minimum, remand this matter for a new trial.”

It’s unclear why the court has taken so long to render a decision, but the lengthy delay is apparently at least in part procedural.

The case was appealed to the Houston appeals court in October 2018, and oral arguments were made a year later before a three-judge panel of the court. As the parties in the case awaited a decision, the court’s clerk sent a letter in January 2021 saying that “one or more” of the justices who heard the arguments had retired from the court before a decision could be made.

“This case is rescheduled for submission without oral argument on the briefs and the record on January 12, 2021,” wrote court clerk Christopher Prine.

At press time, the court had not yet posted a decision.

Pianka said the case is representative of the use of the “reptile” strategy by plaintiff attorneys to cause juries to refrain from “taking a dispassionate look at the actual facts of a case.”

Trucking defense attorneys say plaintiff attorneys commonly use a tactic known as the reptile theory to take the focus away from an accident itself, attacking a trucking company for its training and safety policies and practices.

ATRI Understanding the Impa... by Transport Topics on Scribd

“The case is still on appeal and the company is awaiting a ruling from the Texas appellate court,” said a Werner spokesman. “I just have no other updates.”

Plaintiff attorney Penn, of the Penn Law Firm P.C., of Jacksonville, Texas, did not return a phone message seeking comment.

The Werner case was highlighted in a June 2020 study by the American Transportation Research Institute documenting the rise of “nuclear” jury verdicts — those $10 million or more — against motor carriers in recent years.