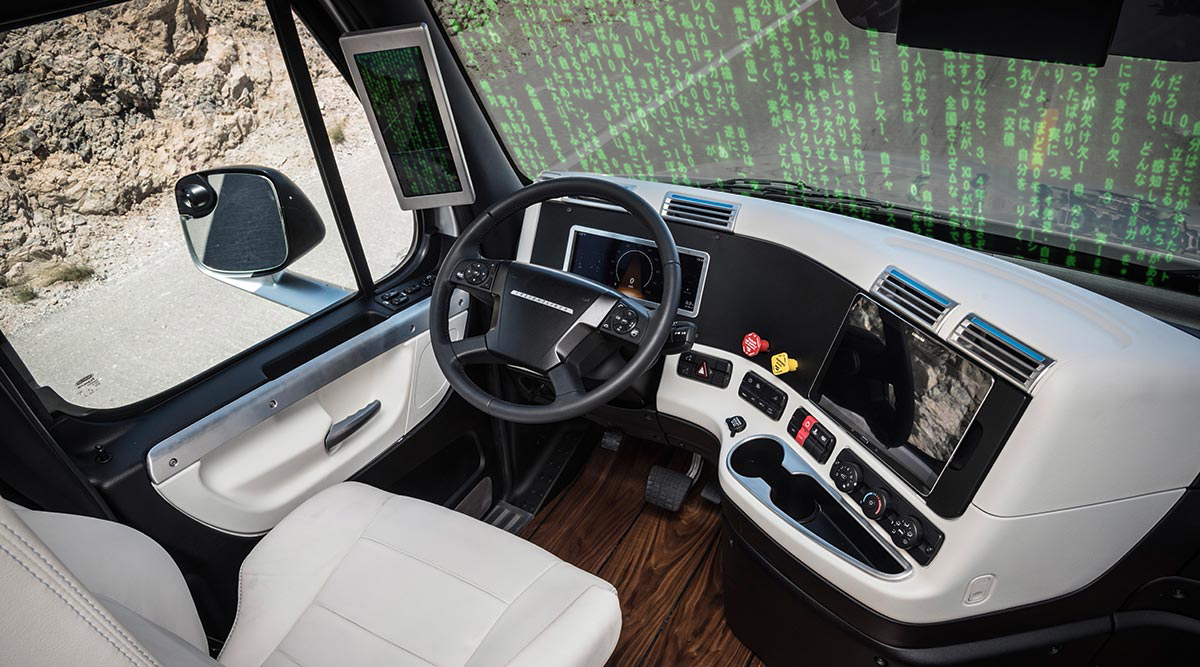 Maybe it’s an unusual object in the roadway, or an intersection with an odd shape. If it’s a challenge for the van’s programming, the engineers don’t just record it and move on.

Instead, they incorporate it into a virtual world that has become one of the company’s most important tools for training its robotic vehicles. In this simulated world, virtual vans run through tricky situations again and again, with tweaks to their programs until they know what to do.

Each day, up to 25,000 virtual Waymo cars drive 8 million simulated miles, according to a blog post the company published Sept. 7. Everything learned then gets incorporated into the real vehicles belonging to Waymo, which is the self-driving division of Google’s parent company.

“We can take anything we’ve seen in our driving and turn that into a simulation,” said James Stout, the simulation program’s lead software engineer, in an interview. “What’s really powerful about our simulation is that, from the car’s perspective, it looks the same as reality. The car doesn’t realize that it’s in this Matrix.”

Waymo, whose pioneering research over the past decade jump-started the self-driving industry, has racked up 3 million miles of driving in the real world, in places as varied as San Francisco, Lake Tahoe, Phoenix, and Austin, Texas. Its vehicles have become a frequent sight on the streets near the company’s Mountain View offices.

But the simulation program allows Waymo to “amplify” that experience, in Stout’s words. Each new or unusual situation becomes a test that Waymo’s programming can face over and over.

In Mesa, Ariz., for example, one of Waymo’s specially designed Chrysler Pacifica minivans encountered an intersection with a flashing yellow arrow for cars turning left — a type of signal not found in Mountain View. Local drivers accustomed to the signal knew how to respond, inching forward and waiting for a gap in oncoming traffic before turning.

Waymo took the data gathered by the minivan’s sensors — a combination of cameras, radar and a laser-based system called lidar — and used it to re-create the intersection in a virtual world. There, a virtual Waymo van can run through the situation thousands of times. Engineers fidget with the virtual van’s programming, teaching it how to handle the situation, and can see almost immediately whether the changes worked.

They can also make changes to the situation itself, through a process Waymo calls “fuzzing.” They may speed up the traffic or add pedestrians who weren’t present in the real world, to see how the virtual vehicle responds.

Other situations captured by Waymo’s car sensors include a woman in a wheelchair chasing a duck, a man in the road with a chain saw, and two unicyclists riding side by side. As long as a Waymo vehicle’s sensors record it, the scenario can be re-created in detail within the virtual world. The company simulated 2.5 billion miles of driving in 2016 alone.

Lessons learned become part of the programming for Waymo’s real vehicles, showing the company’s engineers how well the latest updates work. The flashing left-turn light is common in the Phoenix area, where Waymo is running a test program with passengers. The company can also re-create some of the situations at its test track within the former Castle Air Force Base in Merced County.

“Part of what we’re doing is teaching our cars some fundamental skills that will work anywhere, with any drivers,” Stout said. “It’s not that we need to teach the car how to handle two unicyclists in the road. We need to teach it the skills.”