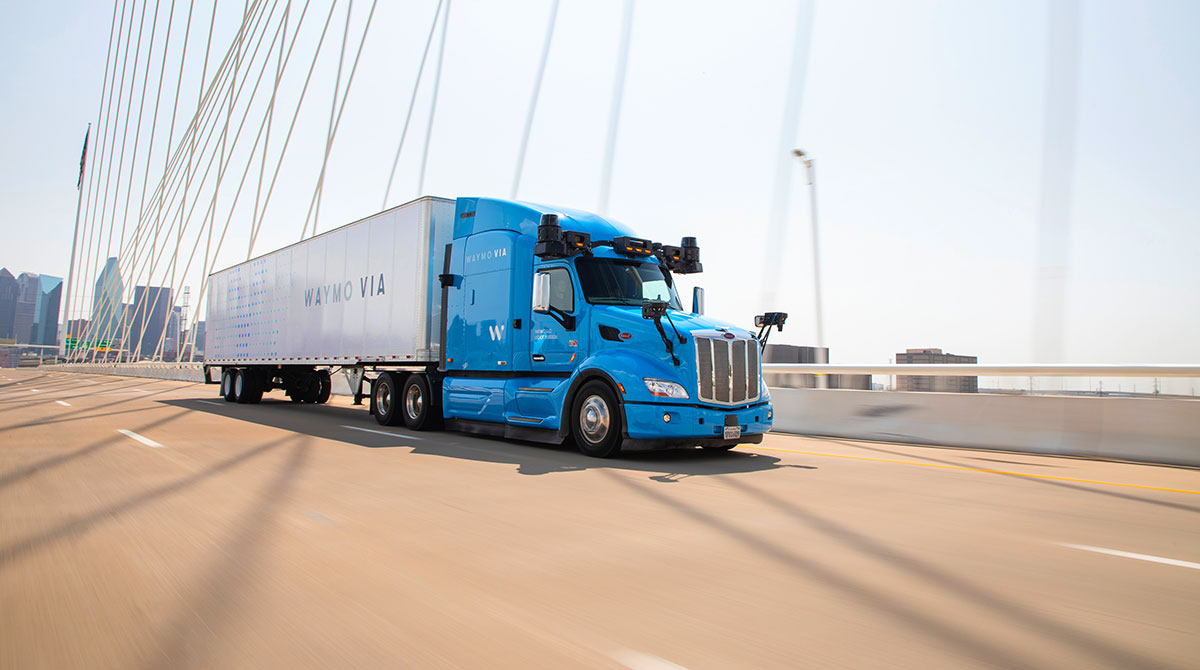 The Mountain View, Calif.-based company, in a release Nov. 17, called the new arrangement using Waymo Via, its autonomous goods delivery unit, “a natural next step following the strong and successful partnership we’ve had testing local delivery.”

Waymo hopes to learn about how autonomous driving technology “can help enhance safety and efficiency,” it said, and “understand how to refine our autonomous operations in this use case for eventual scaling.”

Waymo noted the autonomous trial runs will be conducted over the next several weeks.

Waymo Via is already actively testing and developing technology designed to enable SAE Level 4 automated driving. That means the truck would drive itself with no human input or backup under certain conditions.

“For these trial runs, our Class 8 trucks operated by the Waymo Driver [its autonomous technology] will have two autonomous specialists — one driver with a CDL and one software technician — on board to monitor the Waymo Driver’s operations,” a Waymo spokeswoman told Transport Topics.

She said Waymo is not sharing specific numbers on how many trucks will be involved. “But we’ll be using multiple trucks over the course of the trial runs from our test fleet of Peterbilts for these runs, equipped with our fifth-generation technology.”

The trial runs are scheduled to deliver for UPS’ North American Air Freight unit between facilities in Dallas-Fort Worth and Houston, a distance of about 240 miles.

Earlier this year, Waymo, a unit of Alphabet Inc., reported during its development of autonomous trucks over the last decade, it drove more than 20 million miles on public roads across 10 U.S. states and 20 billion miles in simulation.

There is still plenty of engineering still to be done, according to Bloomberg News.

In a virtual demo earlier this year, Waymo’s test trucks in Arizona were not yet ready to handle surface streets and left turns on their own. “Autonomous trucking is not going to be like a light switch that suddenly flips and all of a sudden now we have autonomous trucks on the road where previously we didn’t the day before,” said Waymo Via product manager Pablo Abad at the time.

In its statement, UPS said, “We’re interested in learning more about the technology, but it’s too early to determine exactly how the technology would fit into our business or commit to any specific plans.”

Waymo began as Google’s self-driving car project in 2009, and was spun off in 2016. It began a self-driving taxi service in 2018 in Phoenix.