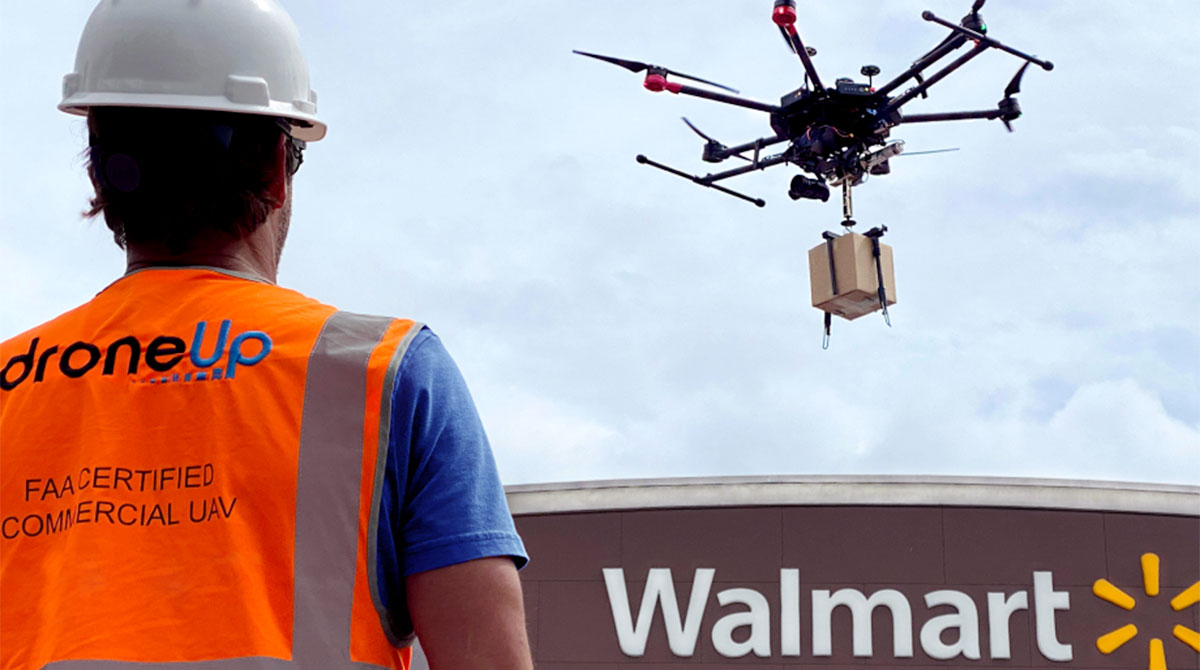 Walmart Inc. is expanding its efforts to offer aerial deliveries to homes, joining with startup DroneUp to begin dropping off items ranging from cans of tuna to children’s thermometers.

The flights are limited for the moment to 1.15 miles from a base outside a Walmart store in Farmington, Ark. But the service will be offered in the coming months at additional Arkansas locations in Rogers and Bentonville, where Walmart has its headquarters, the companies said in a statement on Nov. 22.

The goal is to eventually provide service over longer distances.

“I think it’s a very significant leap both for our industry and for the retail industry,” DroneUp CEO Tom Walker said in an interview.

While routine, widespread product deliveries conducted by robotic drones are still years away, the Walmart announcement shows how serious the retail industry is about the potential for this new form of deliveries amid the rise of online shopping.

So far, however, the efforts have been limited as the U.S. Federal Aviation Administration develops regulations to oversee longer-range flights and works to develop a low-altitude air-traffic system to safely guide the new craft.

In the Walmart-DroneUp partnership, for example, the drone operator or some other human observer must keep the aircraft in sight at all times, according to an FAA waiver granted to the company last June.

Four cans of tuna fish were the inaugural delivery on Nov. 15, Walker said. The company charges $10 per delivery, but is trying to lower costs by improving efficiency, he said.

Walmart is also experimenting with aerial deliveries offered by other providers. In a new service unveiled last week, Zipline is making on-demand deliveries of health and wellness items such as non-prescription medication and diapers in Pea Ridge, Arkansas.

Last year, Walmart started drone delivery of grocery and household items from its stores in Fayetteville, N.C., by teaming with Israeli startup Flytrex.