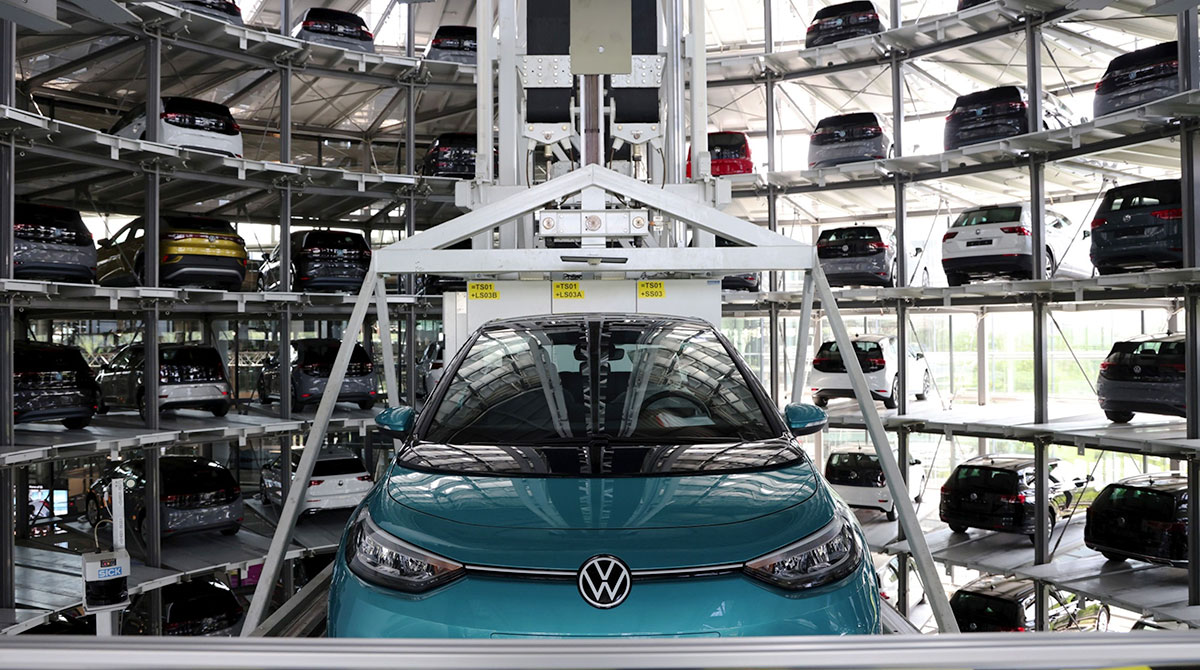 A new Volkswagen AG (VW) ID.3 electric automobile is guided into a storage bay inside a delivery tower. (Liesa Johannssen-Koppitz/Bloomberg)

Volkswagen AG sales dropped to the lowest in a decade last year after the global semiconductor shortage hampered the German manufacturer’s auto output.

Group deliveries fell 4.5% to 8.88 million vehicles — the fewest since 2011 — after the components shortage battered production despite robust orders, Volkswagen said Jan. 12. The company is worse off than many of its peers including BMW AG, which took the luxury-sales crown from Daimler AG’s Mercedes-Benz after better navigating the bottlenecks.

Automakers from Volkswagen to Stellantis NV are hoping the supply chain snarls will gradually ease this year but have warned chip supply will remain tight in the first half. Mercedes said last week it will keep in place a task force to help ease any bottlenecks that risk disrupting production. 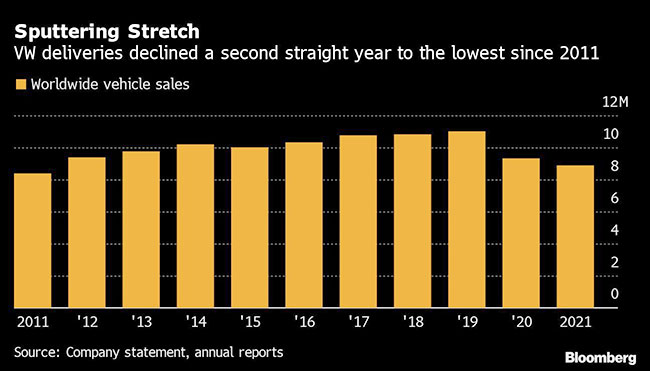 Volkswagen’s weak sales in Europe and Asia overshadowed growth in North America, where deliveries jumped 16% after demand roared back from the initial onslaught of the pandemic. Sales in China, Volkswagen’s largest market, dropped 14%.

Battery-powered cars were a rare bright spot. Volkswagen’s electric vehicle deliveries nearly doubled to 452,900 units, with the company saying it’s the market leader in Europe and No. 2 in the U.S.