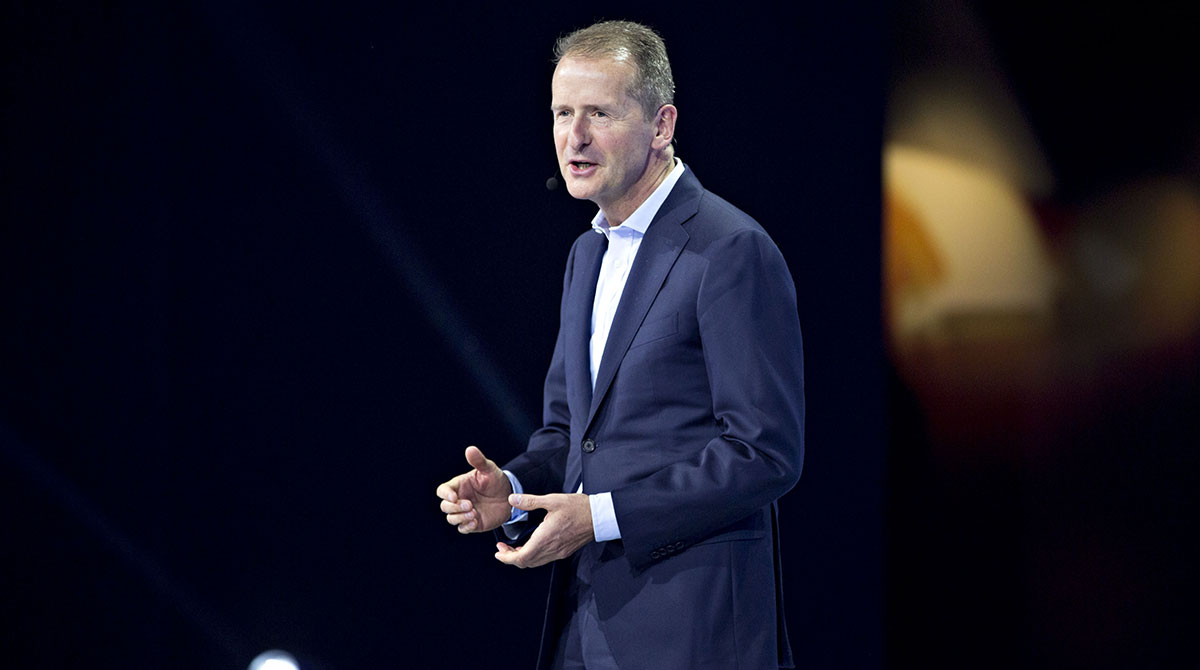 Volkswagen AG picked a new leader in a management shakeup to ready the world’s largest automaker for a wave of technological change upending the industry’s traditional business models.

Herbert Diess, the head of VW’s namesake brand, will become CEO as well as overseeing technology across the organization, the company said April 12 in a statement. The manufacturer will be grouped into six business areas, with the truck and bus division to be prepared for a potential stand-alone stock listing.

“My most important task will now be to join with our management team and our group workforce in consistently pursuing and pushing forward our evolution into a profitable, world-leading provider of sustainable mobility,” Diess said in the statement. 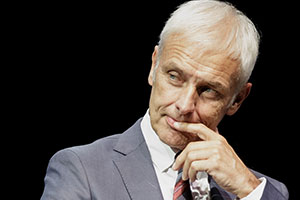 The realignment focuses power in Diess’ hands, as he will continue to oversee the namesake division. Rupert Stadler, who runs the Audi luxury brand and who repeatedly has been under fire over the unit’s role in the diesel crisis, will take on responsibility for group sales. The company’s auto units will be grouped into volume, premium and super-premium segments.

Diess’ appointment to succeed Matthias Mueller, who steps down immediately, will be key to reassuring investors that the highly centralized German industrial behemoth is capable of reform. Excessive spending and poor budget discipline were eroding profit margins even before the carmaker’s diesel-emissions scandal erupted in September 2015. His term will be judged early on by whether he can scale up his revamp of the VW brand to the entire 12-brand group to prepare for an era of battery-powered self-driving cars.

One sign of the overhaul gaining traction is VW entering the home stretch for a potential share sale in its heavy-truck division, the biggest organizational shift since the aftermath of the diesel-emissions crisis. The unit, which shares little or no overlap with the manufacturer’s other divisions, will change its legal structure to prepare its access to capital markets, VW said in a separate statement.

Granting the truck unit more independence from the larger passenger-car business marks the culmination of efforts by division chief Andreas Renschler. He has worked since 2015 on welding the commercial-vehicle operations more tightly together to reduce costs by sharing development.

Diess, a former BMW AG executive, who joined VW two months before the emissions cheating came to light, pledged from the beginning to pursue new technology while reining in spending growth. That project became much more urgent as the diesel scandal generated massive costs and meant taking on established interest groups. Bernd Osterloh, the company’s powerful labor leader, balked at negotiating with him during tough contract talks in 2016, but Diess prevailed with a landmark deal that paved the way to cutting as many as 30,000 jobs and saving 3.7 billion euros ($4.6 billion).

“There have been historic episodes where cost cutters have been brought in to sort out the namesake VW brand, but who then leave or are squeezed out before their work is really done,” Sanford Bernstein analyst Max Warburton wrote in a note. “Instead of being squeezed out, he has been pushed upward and has been made CEO. It’s a sign of real change at VW.”

Gunnar Kilian, from the company’s works council, becomes group head of human resources, succeeding Karlheinz Blessing, who will be available as a consultant until his contract expires. He and Oliver Blume, the 49-year-old head of the Porsche brand, will join the group’s management board. Francisco Javier Garcia Sanz, Volkswagen’s longtime head of purchasing, will leave the company.

As head of purchasing at BMW, Diess was instrumental in the luxury-car maker’s ability to weather the financial crisis by squeezing more than 4 billion euros out of supply costs. He then took charge of development but ultimately was passed over for the CEO job, when the Munich-based company picked Harald Krueger in December 2014. That spurred his move to Volkswagen.

Diess’ appointment comes two days after a company statement that was as surprising as it was cryptic, saying that Mueller had agreed “in principle” to contribute to a management change, without elaborating or mentioning his chosen successor by name.

The supervisory board plans a press briefing April 13 to outline its strategy.