Volvo’s IPO Marks One of Europe’s Biggest in 2021 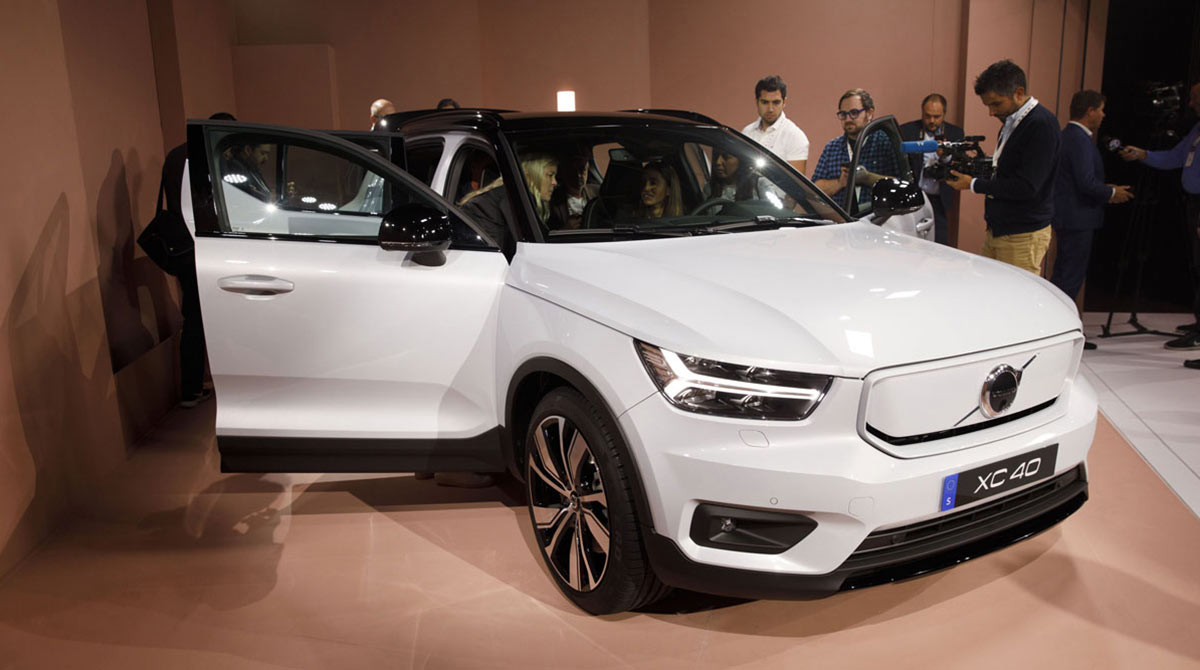 The Volvo XC40 Recharge electric SUV is displayed during an event in Los Angeles in October 2019. (Patrick T. Fallon/Bloomberg News)

Volvo Car AB gained in its trading debut in Stockholm after raising 20 billion kronor ($2.3 billion) in an initial public offering, as investors bought into the company’s successful turnaround and promise of an electric future.

Shares jumped as much as 22% in Stockholm and traded at 63 kronor as of 12:45 p.m., above the listing price of 53 kronor. The IPO valued the carmaker owned by China’s Zhejiang Geely Holding Group Co. at 158 billion kronor, according to a statement.

The successful debut follows Volvo Cars’ move to cut the size of its offering by a fifth and price it at the bottom of an initial range after investors balked at the prospect of Geely retaining a hold on to the bulk of the voting rights. The Chinese firm eventually agreed to loosen its grip on the automaker.

Even at the reduced size, Volvo Cars’ IPO ranks among Europe’s top deals this year and is an important barometer of investor appetite for the transition to electric vehicles. It also Sweden’s biggest sale since telecom operator Telia Co AB went public in 2000.

“[Volvo Cars] took feedback from the pre-IPO process and made sure to place the deal on a level the market finds attractive,” said Leif Eriksrod, head of equities at Norwegian fund Alfred Berg Kapitalforvaltning AS. Still, Volvo Cars looks slightly expensive in comparison with German peers such as BMW AG, Daimler AG and Volkswagen AG and with all automakers expected to “electrify in short time” the company may not be “especially far ahead,” he said.

Volvo Cars plans to sell only fully electric vehicles by the end of this decade and build a battery plant in Europe. The company wants use IPO proceeds to add carmaking capacity and almost double annual sales to 1.2 million vehicles by 2025.

Under Geely’s ownership, Volvo managed a successful turnaround after long languishing under the roof of Ford Motor Co. The company has been particularly successful with its lineup of SUVs including the XC90 and smaller XC60 that combine clean Nordic styling with a reputation for reliability and safety.

Volvo’s rejuvenation contrasts with the decline and fall of Saab, the cult Swedish car brand that faltered under General Motors Co. and eventually went under.

Volvo Plans to Make Its Own Batteries in Electric Truck Shift