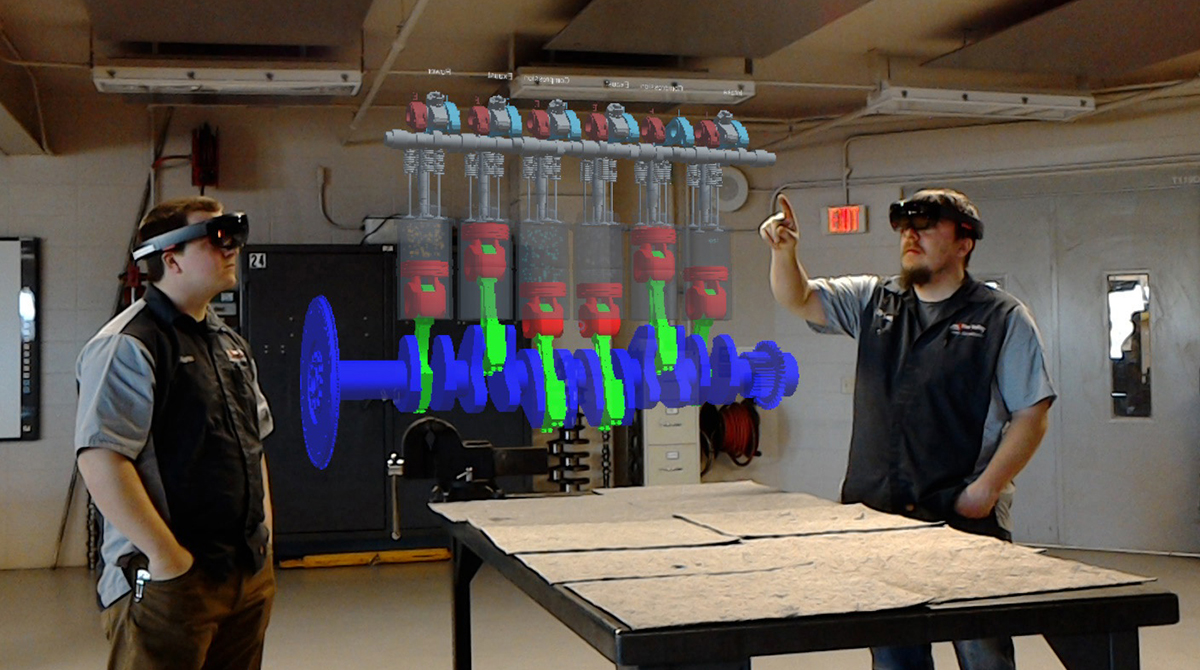 Virtual reality-based training may be a viable option for developing a new generation of diesel technicians, warehouse forklift operators and drivers, as the evolving technology shows promise in speeding up training at a time when labor is in short supply.

Proponents say a well-designed virtual reality training system leads to a risk-free environment in which new employees can make mistakes that cost nothing and cause no injuries. For young trainees, the systems mean learning by doing instead of sitting through lectures.

Virtual reality is a three-dimensional, computer-generated environment that can be experienced by a person in a manner similar to real life, according to the Virtual Reality Society. A person, who must wear a special headset for the experience, can look around, move objects and perform certain tasks as if he is actually present in the scene.

Several organizations are laying the groundwork for applying virtual reality to the trucking industry.

“They can walk around it, put their hand in it, stop it and change speeds,” Duca said. “They can load fuel in the cylinder, watch the injector fire and see particles come into the cylinder.”

This immersive experience led to a number of “now it all makes sense” moments for students who had no mechanical background, Duca said.

The HoloLens system made learning more efficient and no one got covered with grease working in a dank garage, an outdated stereotype of diesel mechanics, Duca said.

“This promotes a high-tech aspect of our industry,” Duca said. “This is a whole other side of our business that’s growing every day.”

Plans call for continued use of the 3-D engine in the technician program while the department considers other uses for the technology. 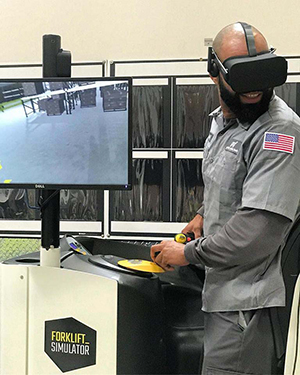 A record 253,146 forklifts were sold in 2017, notes Brian Feehan, president of the Industrial Truck Association, a Washington-based trade organization for the forklift industry.

“If the economy does well, traditionally we do well because all the products being sold need to be moved,” Feehan said. Employment in the sector grew by 4.5% from 2009 to 2015, significantly higher than the 0.7% growth in the manufacturing sector, the Bureau of Labor Statistics reported.

The Occupational Safety and Health Administration requires employers to train and certify their forklift operators, though they may outsource the training to a third party such as a school, Feehan said.

DSC ranks No. 32 on the Transport Topics list of top 50 logistics companies and No. 12 on TT’s list of top warehousing firms with 63 warehouses and 23 million square feet of space.

Joe Smiesko, DSC director of safety, security and compliance, said virtual reality helps students learn forklift operation away from a busy warehouse floor and handle a problem such as spilled oil without making a costly mistake. 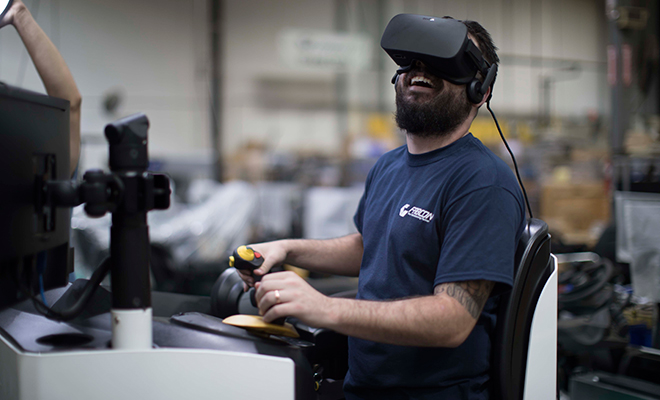 A student wears a virtual reality headset while training on high-reach forklifts at DSC Logistics. (PlayWerk)

PlayWerk offers immediate, objective feedback for the student and teacher.

“We get a list of all the violations the operator makes,” Smiesko said.

One issue with virtual reality systems is that some users get a form of motion sickness when using the devices. In response, DSC splits the headset training with other tasks so students can acclimate to the system.

“It’s hard to get forklift operators in the market today,” Daly said. “This can differentiate us as an innovative employer and one that really cares about safety.”

For its driver training efforts, UPS Inc. is expanding use of virtual reality.

Last fall it began replacing a touch-screen program with a virtual reality system from HTC Vive that offers a 360-degree panorama view of a crowded city streetscape. A student seated at a desk and wearing a headset calls out driving hazards as they appear. The system also reinforces UPS’ intersection procedure — look left, look right, look left again.

UPS trained 400 drivers with the system last year but plans to increase that to 5,300 students in 2018, a spokesperson said.