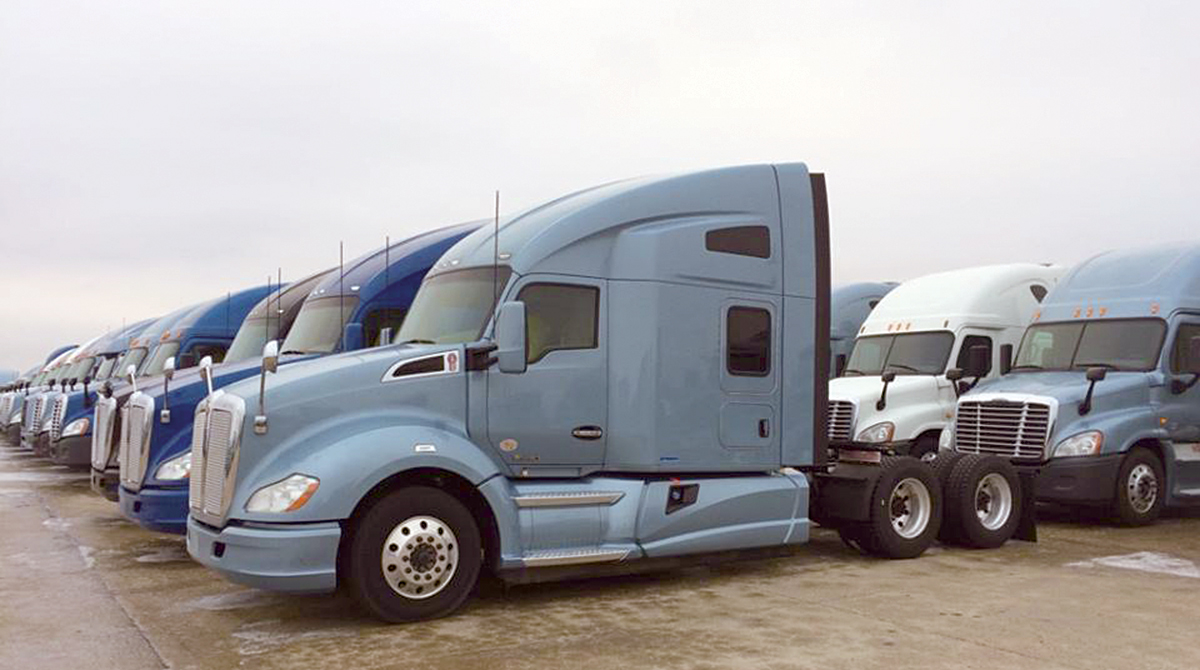 The average used Class 8 truck brought a higher sales price in May than in the same month a year earlier, but with inventories gradually building and growth in the freight market slowing down after last year’s boom, analysts are divided on the long-term outlook for values.

The average sales price for a used truck in May was $47,887, up 6% compared with $45,188 a year earlier, ACT Research reported. The group’s industry sales estimate for the month was 21,500 units sold nationally, the same level as April, according to Steve Tam, ACT Research vice president. A year ago in May, sales were 24,100, he said.

“Dealers are getting skittish and being very particular about what they are willing to take on,” Tam told Transport Topics. “They realize the activity in the market has peaked — sales and value.” Tam said this caution could be a result of a slowdown relative to last year’s busy freight market, which he noted is not necessarily indicative of recessionary behavior. 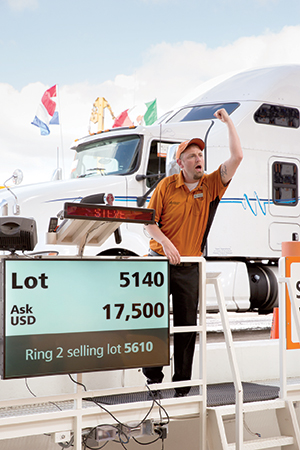 Tam said he is starting to see an increasing supply of used units on dealer lots, which is creating downward pressure on price and demand. Still, Tam noted some dealers have said that if they can get good used Class 8 trucks, they could easily sell them.

ACT Research surveys dealers, wholesalers and auctioneers as well as a few large fleets to determine average prices, age and mileage, and volumes.

At truck auctions, there has been a discernible price drop recently, according to Chris Visser, J.D. Power senior analyst for commercial vehicles, but he’s unsure of the long-term implications of the declines.

“The big question now is if the contraction in economic growth is a correction or a more fundamental pullback,” he said. If the economic outlook becomes recessionary, Visser sees a “moderately worse” situation for prices.

But John Whitnell, an analyst at sales research firm KEA Advisors, told TT he already sees problems. For example, he said asking prices over the past eight weeks for tractors with sleeper berths have declined precipitously. He also is raising a flag about longer-term trends. “What gets lost in saying year-over-year prices are up 6% are the price trends in each year,” Whitnell said. “Last year prices were rising. This year — not so.”

Tam said dealer-to-dealer sales are slowing the most quickly because dealers have insight into the market for new trucks, and the “broader dynamics” of the freight market.

Tam said auctioneers are still working their way through Taylor & Martin Inc.’s auction of New England Motor Freight’s fleet of 1,550 tractors. Regional less-than-truckload carrier NEMF and 10 related entities declared bankruptcy in February. The trucks’ sales started in May, and will continue at 12 locations through July.

In general, such business failures and bankruptcies can throw a lot of used trucks onto the market suddenly, affecting used truck prices, Tam noted.

“(Business failures) are something everybody is watching,” he said.