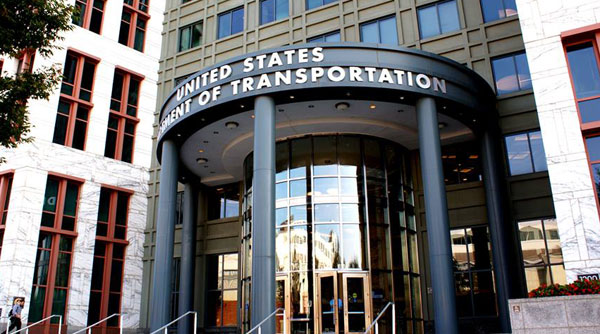 States and cities seeking additional funding to help pay for large-scale infrastructure projects will be able to apply for grants under an Obama-era program, the U.S. Department of Transportation announced on Sept. 6.

The department will award up to $500 million through its Transportation Investment Generating Economic Recovery, or TIGER, program for projects with a focus on connectivity concerns across rural landscapes and under-developed regions. Priority also will be paid to projects that aimed to enhance economic growth and competitiveness.

Applicants have until Oct. 16 to formally apply for a fiscal 2017 TIGER grant. The department will host webinars explaining the application process and the grants Sept. 13 and Sept. 19.

The latest funding round for the grants was approved by Congress under a fiscal 2017 funding measure signed by President Donald Trump this spring.

“The TIGER grant program is a highly competitive program whose winners will be awarded with the funding they need to rebuild the infrastructure of their communities,” Transportation Secretary Elaine Chao said. “TIGER grants will continue to fund innovative projects that will improve the safety of America’s passengers and goods.”

Subsequently, the Trump administration proposed to deny funding for the program in fiscal 2018. Republican leaders in the House concurred with the administration and denied appropriations for the program for the next fiscal year. The GOP leadership shut down an effort by Democrats Reps. Rosa DeLauro of Connecticut and Peter Welch of Vermont to include $500 million for TIGER in a fiscal 2018 funding bill.

Senate funding leaders disagreed with their House counterparts and are proposing $550 million for TIGER. “This bipartisan bill is the product of considerable negotiation and compromise and makes the necessary investments in our nation’s infrastructure,” said Sen. Susan Collins (R-Maine), the chamber’s top transportation funding leader on July 27.

The program has garnered bipartisan support in the Senate. “TIGER grants help our communities to make much needed improvements in rail, port and local infrastructure projects in Florida and across the country,” said Sen. Bill Nelson (D-Fla.), ranking member on the Commerce Committee, which authorizes and oversees trucking policy.

Since its inception in 2009 by Obama’s infrastructure team in response to economic recovery efforts nationwide, the TIGER program has awarded $5.1 billion for capital investments in surface transportation over the course of eight rounds of awards. Winning projects include the Little Rock Port Authority, a freight rail project in South Carolina, the Indianapolis’ IndyGo electric bus fleet, a freight mobility project along U.S. 169 in Scott County, Minn., Maryland’s Port of Baltimore and Mississippi’s Port of Pascagoula.

Mayors representing megaregions and rural towns have called on Congress to boost funding for infrastructure projects to be able to repair or modernize their transportation grids. Earlier this year, the leadership at the U.S. Conference of Mayors asked the Trump administration to support the TIGER program.

Various infrastructure funding advocates have praised the grants. The American Society of Civil Engineers, which gave the country’s infrastructure a D+ grade this year, and Transportation For America, or T4America, have urged the Republican leadership in the House to sign off on TIGER funding.

“We’re asking T4America supporters to take action and send a message to their representatives this week urging them to protect and preserve the TIGER competitive grant program, funding for new transit construction and passenger rail programs that keep towns and cities of all sizes connected to one another,” the group indicated recently. “It’s important that the House pass a bill with robust funding for these programs to set their starting point for negotiations with the Senate on the final product.”