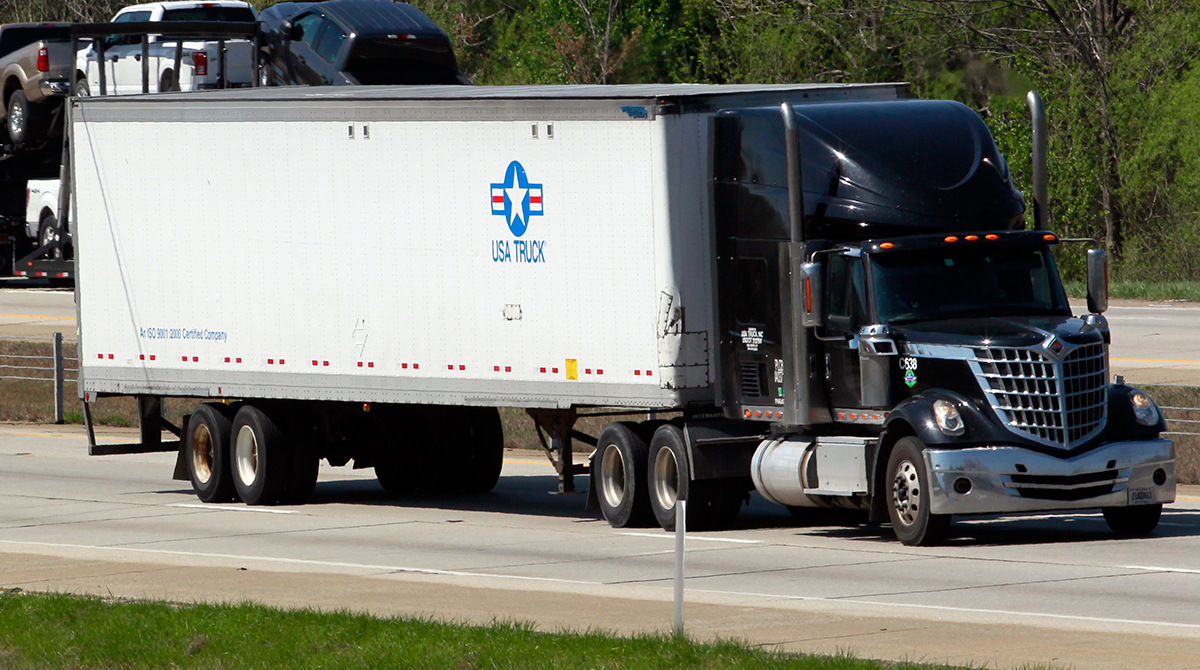 The Van Buren, Ark.-based motor carrier posted net income of $3.6 million, or 40 cents a diluted share, for the three months ending March 31. That compared with a net loss of $2.6 million, minus 30 cents, during the same time the previous year.

The quarterly results were driven by increased consumer spending and customers restocking depleted inventory that resulted in strong freight demand. The company has also continued transforming the trucking segment through regionalization, optimization, pricing discipline and a continued focus on safety and cost control.

“The first quarter marked the best first-quarter earnings in the company’s history,” CEO James Reed said in a statement. “I am proud of how the team has bought into our vision, and how our transformation continues to manifest itself in improved operating and financial results.”

USA Truck did report that capacity has remained tight as the recruitment of professional drivers remains an industrywide challenge.

Base revenue per available tractor per week within the trucking segment increased 18.3% compared with the same time last year. The base revenue per loaded mile increased 19.4% as a result of continued elevated demand, tightening supply in the market and improved network efficiency resulting in higher rate realizations. Loaded miles per available tractor per week decreased 14 miles at 0.9%. But the average seated tractor count for the quarter decreased 4.8%.

The logistics segment reported operating revenue soared 90.9% to $68.4 million from $35.8 million during the same time last year. Operating income for the segment increased to $2.5 million from an operating loss of $600,000 during the prior year quarter.

Load volume for the logistics segment increased 21.4% year-over-year while increased volumes and pricing drove an improvement in segment adjusted operating ratio in the quarter. Revenue per load increased 57.1% year-over-year. Load count increased by 5,836 loads at 21.4%.

USA Truck ranks No. 67 on the Transport Topics Top 100 list of the largest for-hire carriers in North America.