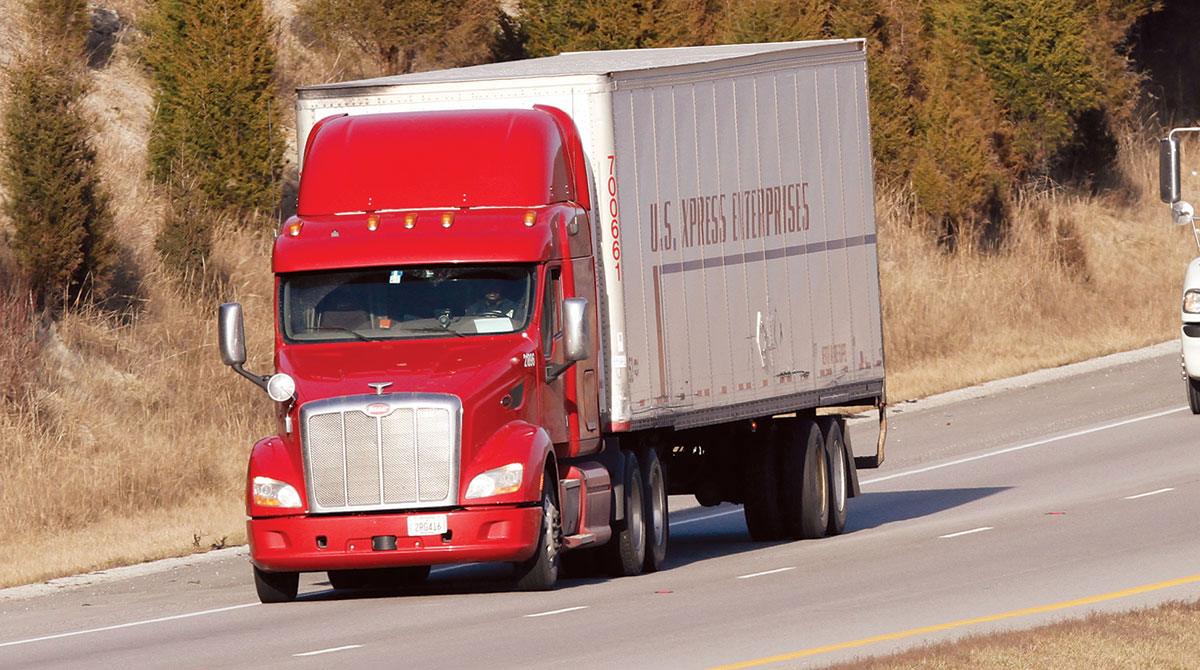 CHATTANOOGA, Tenn. — U.S. Xpress Enterprises is hitting the brakes on its spending, cutting its nondriving staff by another 5% this month and looking for ways to dispose of extra real estate and trim other expenses to offset rising costs amid signs of a shipping slowdown in some industries.

U.S. Xpress, which eliminated 70 nondriving jobs at its Chattanooga headquarters in May, is making another round of similar layoffs this month after the company reported a second-quarter loss earlier this month and its stock price dropped in response to the worse-than-expected results.

Brad Carmony, vice president of communications for U.S. Xpress, said the company is not disclosing the number of employee layoffs involved at the company’s headquarters, where about 1,400 workers are employed. But to restore profitability, Carmony said U.S. Xpress earlier this year “began a multiphased restructuring including leadership changes, a reduction in force and a hiring freeze.

“Through this process, U.S. Xpress is evolving into a leaner, more disciplined company,” Carmony said in an emailed message to the Chattanooga Times Free Press.

Eric Fuller, president and CEO of U.S. Xpress, told analysts in early August that the company is looking to lower its fixed costs while continuing to grow its fleet and technology deployment.

Companywide at the end of 2021, U.S. Xpress said in its annual report that it employed 8,689 workers, which included nearly 6,000 drivers and more than 2,400 office employees. The company had about 1,400 employees at its corporate headquarters on Jenkins Road in Ooltewah.

Carmony said U.S. Xpress is re-examining its investments “on everything from our head count, real estate, vendors and benefits.”

Earlier this year, the company put up for sale one of its office buildings.

“Through the end August, we’ll be making additional changes throughout the company to help improve our financial results,” Carmony said.

Already this year, the company has reshuffled some of its top management, including the leadership of its Variant trucking group.

While U.S. Xpress is cutting its management, technology and other support jobs, demand remains strong for truck drivers, according to company officials and industry trade groups.

The pandemic led many independent truckers to leave the industry, pushing up the nation’s trucker shortage to a record high 80,000 drivers in 2021, according to American Trucking Associations. The trade group estimates that 1 million new truckers will be needed over the next decade just to maintain current shipping levels.