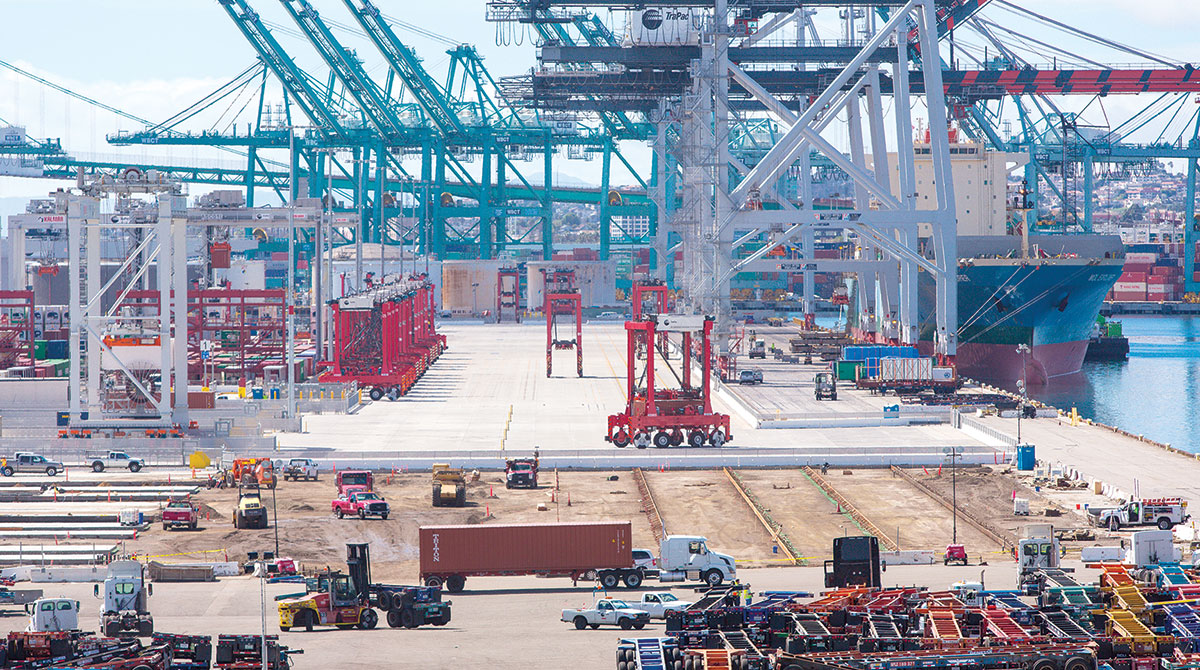 The first major update of U.S. international ocean-shipping laws in more than two decades, which passed in the House this week, will help boost transparency in the industry if passed by the Senate, the head of the Port of Los Angeles said.

“What it does is open up things like transparency information sharing, and the requirements on service levels that may have been lacking in some people’s eyes so far,” port Executive Director Gene Seroka said in an interview with Ed Ludlow, Guy Johnson and Alix Steel on Bloomberg Television on Dec. 10.

The bipartisan Ocean Shipping Reform Act gives the Federal Maritime Commission an updated toolbox to protect exporters, importers and consumers from unfair practices, updating the watchdog’s authority to regulate the industry for the first time since 1998.

Unprecedented consumer demand, coupled with a shortage of truck drivers and warehouse workers amid the COVID-19 pandemic, has led to long queues for ships and piles of containers full of goods lingering at U.S. ports, especially at the West Coast gateway of Los Angeles and neighboring Long Beach, which together handle about 40% of the nation’s maritime cargo.

Seroka said the number of aging containers sitting on the docks awaiting collection had dropped 60% since the port announced Oct. 25 it planned to charging penalties. It hasn’t implemented the so-called dwell fees.

The biggest issue facing ports is “the strength of the American consumer, the continued demand that we’re trying to fulfill,” Seroka said.

“All those in the supply chain are stressed,” he said, “from factory orders that are a little bit behind to the vessels that are trying to get the cargo through 10 lanes of freeway down into five through the U.S. domestic supply chain.”