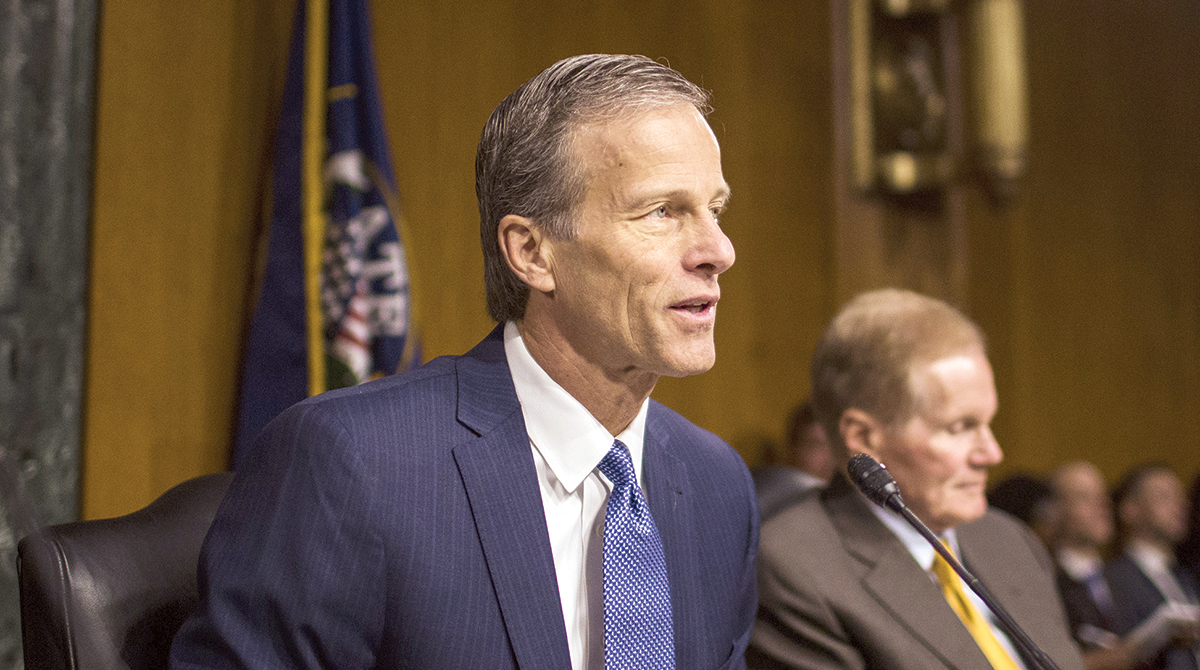 Thune speaks at a past hearing. (Zach Gibson/Bloomberg News)

Sens. Amy Klobuchar (D-Minn.) and John Thune (R-S.D.) of the Commerce Committee recently unveiled the Ocean Shipping Reform Act to update the regulatory landscape for global shipping stakeholders. The bill, which has gained bipartisan backing in the chamber, takes aim at the Federal Maritime Commission.

“Congestion at ports and increased shipping costs pose unique challenges for U.S. exporters, who have seen the price of shipping containers increase four-fold in just two years. Meanwhile, ocean carriers have reported record profits,” Klobuchar noted. “This legislation will level the playing field by giving the Federal Maritime Commission greater authority to regulate harmful practices by carriers and set rules on what fees carriers can reasonably charge shippers and transporters.” 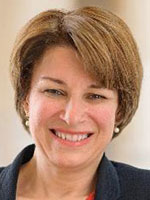 “The improvements made by this bill would provide the [Federal Maritime Commission] with the tools necessary to address unreasonable practices by ocean carriers, holding them accountable for their bad-faith efforts that disenfranchise American producers, including those throughout South Dakota, who feed the world,” added Thune.

The bill would require carriers to issue certain reports to the Federal Maritime Commission each quarter, authorize the commission to self-initiate certain investigations, and it would pave the way for the registration of shipping exchanges.

On the House side, a version of the bill was recently approved during the passage of the America COMPETES Act.

COMPETES stands for Creating Opportunities for Manufacturing, Pre-Eminence in Technology and Economic Strength.

Congressional leaders intend to debate the two competing bills to arrive at a final version later this year.

The COMPETES bill would dedicate $52 billion as a way to boost the country’s role as a semiconductor manufacturer. Stakeholders have called on Congress to respond to a national computer chip shortage. Last year, the Senate passed its version titled the U.S. Innovation and Competition Act, or USICA.

Besides supply chain policy, the leaders of the appropriations committees revealed they had reached a “framework” on a topline budget for fiscal 2022 that would keep the federal government operating through September.

“With this agreement we will be able to invest in our communities and provide increases for health care, education, our national security and invest in the middle class, among other priorities,” said Senate Appropriations Chairman Patrick Leahy (D-Vt.). “In any successful negotiation, both sides have to compromise, and this agreement is no different.”

To give funding leaders time to negotiate a final fiscal 2022 measure, the House approved short-term legislation that would extend funding authority for agencies through March 11. Federal agencies are operating under a funding law that expires Feb. 18. Senate Majority Leader Chuck Schumer (D-N.Y.) signaled the potential to clear the short-term funding bill as early as the week of Feb. 14.

Transportation stakeholders are calling on Congress to approve the fiscal 2022 funding bill. Doing so, the groups say, would back certain programs that were approved in the $1 trillion Infrastructure Investment and Jobs Act, or IIJA. In a letter this month to the leadership on the appropriations panels, American Trucking Associations President Chris Spear indicated, “Further delay in implementing the funding in the IIJA will exacerbate our already strained supply chain, contributing to inflationary pressure and delaying attempts to ease the bottlenecks from ports to homes and businesses.”

Spear continued, “Our companies and drivers see these impacts first hand, every day, and the challenges our degraded infrastructure presents to our efforts to move America’s freight need immediate attention from the [appropriations] committee and Congress.”

Supply Chain Disruptions Likely to Continue in Near Future