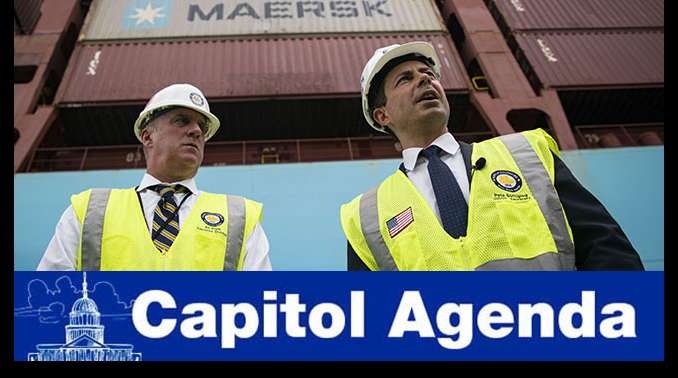 “Infrastructure Week” finally arrived inside the Beltway, at least in the U.S. Senate.

This week, the upper chamber, led by Democrats, is scheduled to consider amendments and potentially hold a vote Aug. 5 on passage of a $1 trillion infrastructure policy package, which would provide about $550 billion in new funding for transportation programs.

But wait, that’s not all. The bill also would update the country’s premier highway law (which expires at the end of September), and it would enhance programs associated with infrastructure grants at the U.S. Department of Transportation. Provisions specific to trucking pertain to an interstate driving apprenticeship for truckers younger than 21 and additional funds for motor vehicle safety operations.

The measure’s highlights include nearly $100 billion for upgrades to roads and bridges, $66 billion for freight and passenger rail operations, $46 billion for severe weather-resilience programs, $65 billion for expanding broadband internet, $39 billion for transit systems, and $25 billion for improvement projects at airports.

The bill would be partly paid for via unused federal COVID-19 emergency relief aid.

After more than a dozen Republicans signed off on considering the bill on the floor, signaling its potential passage, Majority Leader Chuck Schumer (D-N.Y.) said he would proceed with the start of a process that would set up a $3.5 trillion budget plan. The yet-to-be unveiled budget-centric measure, already opposed by Republicans, would target social, health care and environmental proposals specific to President Joe Biden’s “build back better” agenda. 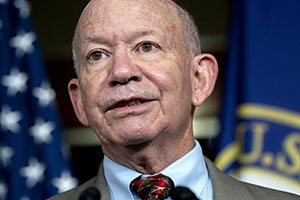 On the House side, the chairman of the transportation panel, Rep. Peter DeFazio (D-Ore.), is asking senators to negotiate in conference with his House colleagues a final version of the $1 trillion infrastructure bill. And Speaker Nancy Pelosi (D-Calif.) continues to suggest the chamber will address the $3.5 trillion budget-centric measure parallel to the $1 trillion infrastructure package.

Meanwhile, the White House and Biden’s “Jobs Cabinet” are championing Congress’ focus on infrastructure. Speaking on the Sunday shows, Transportation Secretary Pete Buttigieg pointed to the potential benefits that would stem from massive investments in infrastructure.

“We’re talking about roads and bridges. We’re talking about ports and airports. We’re talking about rail and transit, not to mention the work that’s going on water, on broadband,” Buttigieg told ABC News. “There is no county, no community, certainly no state in this nation that won’t see improvements because of this. Just like every part of this country has seen the cost of us failing to invest over the last 10-, 20-, 40 years, the way that we should have been.”

Aug. 4, 10 a.m.: The Senate Commerce Committee considers the nomination of Jennifer Homendy to become chairwoman of the National Transportation Safety Board.

Aug. 4, 10 a.m.: The Senate Environment and Public Works Committee meets for a hearing on the nomination of Amanda Howe to be assistant EPA administrator for mission support.

POTUS’ visit to truckworld leads to an announcement about “Buy American” guidelines.

The U.S. House recently passed a fiscal 2022 transportation funding measure that would dedicate $84.1 billion in discretionary spending for the U.S. Department of Transportation and related infrastructure programs. It represents an additional $8.7 billion, a more than an 11% increase, from the fiscal 2021 level.

Specific to trucking, the legislation allocates to the Federal Motor Carrier Safety Administration a $379.5 million operations budget and $506.2 million for safety grants.

The deck has been stacked for the wealthy and well-connected for far too long.@AppropsDems Chair @rosadelauro explains why @HouseDemocrats are investing #ForThePeople, not the powerful. pic.twitter.com/a0MMAGSdVP — House Appropriations (@AppropsDems) July 27, 2021

Appropriations Committee Chairwoman Rosa DeLauro (D-Conn.) touted the measure: “Our transformative and historic funding increases will create good-paying jobs, grow opportunity for the middle class and small businesses and provide a lifeline for working families and the vulnerable.”

And here we go.

This week in “This Town” news:

Right-to-work laws give workers freedom. And more importantly, it gives workers the freedom to choose whether to unionize or not.