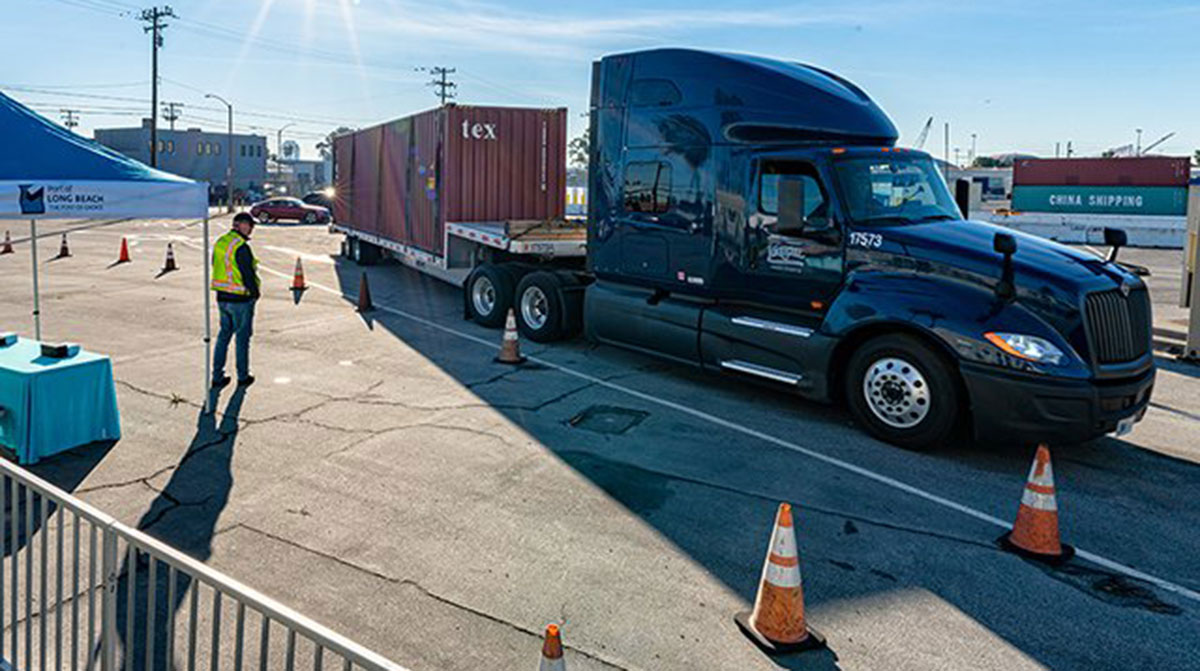 LONG BEACH, Calif. —The giant ports in Southern California and across the U.S. greatly lag their counterparts in Europe and other regions using digital technology to optimize operations.

That was the consensus of a panel discussion on improving truck movements at the ports of Los Angeles and Long Beach that was part of the Metrans International Urban Freight Conference held May 25-27. Metrans, a joint partnership of the University of Southern California and California State University-Long Beach, studies how freight and goods movement affects urban areas.

Officials at both ports are looking for ways to remove bottlenecks to improve productivity, fuel consumption and traffic and reduce emissions. 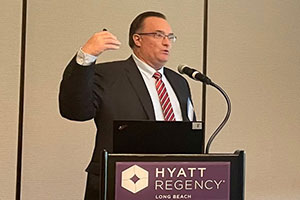 “One of the big things here in North America is we are two or three decades behind what other ports around the world have done when it comes to digital interfaces,” said Christopher Chase, marketing manager for the Port of Los Angeles.

Both ports are now creating tools that integrate information from across the supply chain to provide more data and guidance to motor carriers, shipping lines, railways and other stakeholders, said Theresa Dau-Ngo, director of the transportation planning division at the Port of Long Beach. 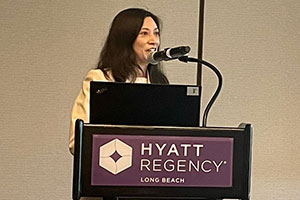 By linking to public U.S. customs data, for example, Chase can now type a container number into a system operated by the Port of Los Angeles and find the box’s location within seconds. Previously such a search would be far more cumbersome and take an hour or more.

“I would have had to go to every single shipping line to find it,” Chase said.

The panelists said one of the main reasons the U.S. has lagged overseas ports in the digitization and integration of crucial operational information is the way they operate. European ports play a bigger role in shipping operations and typically are centralized national facilities. U.S. ports, however, serve as landlords for shipping companies and are independent agencies and facilities.

But the continuing supply chain issues and shocks caused by the COVID-19 pandemic, trade wars and geopolitical issues are forcing U.S. ports to become more efficient. 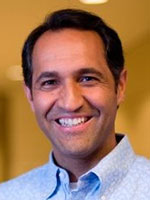 “Think about where technology is today versus 10 years ago,” Manzo said.

Building these tools today will allow U.S. ports to leapfrog others, he said.

But Manzo said any data integration tools must be built in modules that can be replaced over time as technology develops.

“We have the ability to innovate very quickly once we’re on the ball,” Dau-Ngo said.

Chase said that one proposal, using shorthaul rail lines to transport containers to an inland port facility, likely will happen but must overcome multiple hurdles.

“The business case is very challenging,” he said.

Both ports have invested heavily in infrastructure on the coast and have main lines that link to the national rail carriers. But the railways have not demonstrated an interest in diverting capital expenditures to shorthaul freight, and at this point don’t have the capacity for such an endeavor, he said.

“The hardest piece of this puzzle is finding real estate in which you invest hundreds of millions of dollars to create an offloading area,” Chase said.

The cost of that and creating the route likely raise freight expenses too high at this point.

Although the port would like to see an inland facility that could relieve congestion, Chase said the cost implications and the time it would take to acquire the land and build out the infrastructure are large impediments.

“Are you willing to pay a dollar more wherever you’re buying at the store to cover that rail move because it’s now costing twice as much as a truck move doing the same distance?” he said.