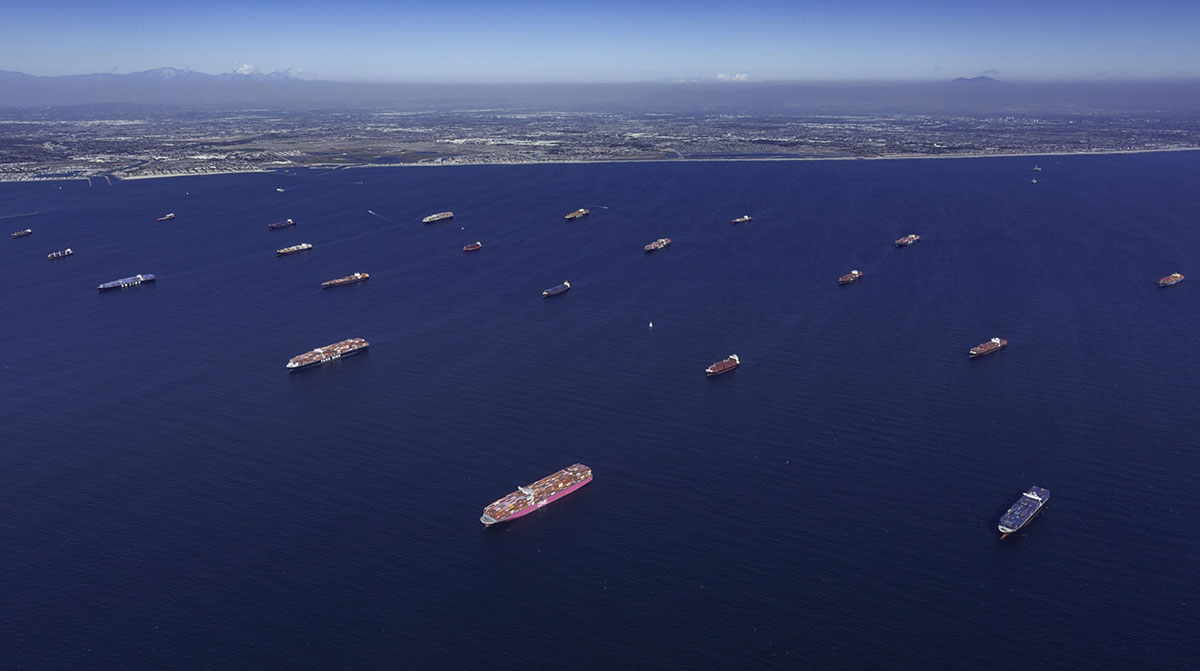 Dozens of containerships are moored off the ports of Los Angeles and Long Beach, Calif., on Oct. 9. (Tim Rue/Bloomberg News)

Legislation designed to enhance the safety of offshore pipelines recently was approved by a committee in the U.S. House of Representatives.

The panel’s move was in response to recent pipeline accidents and leaks, primarily in Southern California, for which Republican lawmakers are criticizing the Biden administration’s policies.

The House Natural Resources Committee this month advanced legislation that would require oil and gas facility operators to alert regulators of equipment failures across critical systems. The notification would need to be provided within 30 days. The bill, the Offshore Accountability Act, is meant to update industry reporting standards as a way of augmenting transparency of critical pipeline systems, according to its sponsor, Rep. A. Donald McEachin (D-Va.). 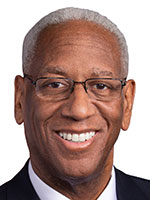 “Passage of the Offshore Accountability Act is an important step toward greater transparency and accountability of the offshore oil and gas industry,” McEachin said. “As we have seen from prior tragedies, like the Santa Barbara and Deepwater Horizon oil spill, offshore drilling accidents can be dangerous, expensive and life-altering for coastal communities and critical ecosystems. All Americans, especially those in coastal communities, deserve transparency from industries operating in our oceans.”

In related news, the committee advanced the Offshore Pipeline Safety Act, sponsored by Rep. Julia Brownley (D-Calif.), that would require additional inspections of owners of oil and gas pipelines. The bill would specifically call for third-party inspections every two years. The measure also would press for modernizing leak detection systems, and it would impose certain annual fees on oil and gas pipeline operators. 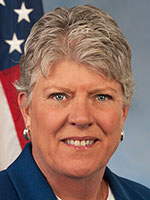 The measure is based on a Government Accountability Office report, which recommended regulators “take actions to further develop, finalize and implement updated pipeline regulations to address long-standing limitations regarding its ability to ensure active pipeline integrity and address safety and environmental risks associated with pipeline decommissioning.”

Senior Republican policymakers, meanwhile, have pointed to policies and proposals from the Biden White House and key Democrats for recent pipeline events such as the California offshore oil spill. These senior Republicans also blame policy directives from Democratic leaders for the country’s supply chain crises.

“While Democrats trip over themselves to blame their favorite scapegoat, ‘big oil,’ for the California spill, the facts tell a very different story. The unprecedented, massive bottleneck of cargo ships in the port is a direct threat to critical underwater infrastructure across the California coastline. When ships are forced to anchor in overly congested waters, disasters are inevitable,” said House Natural Resources Committee ranking Republican Bruce Westerman of Arkansas.

He continued, “No amount of regulations will solve the crisis of President [Joe] Biden’s own making.”

“The policies of the president and his party’s leaders in Congress are exacerbating or ignoring the underlying supply chain issues, from their mishandling of the COVID[-19] response in ways that are prolonging unemployment and worker shortages across the economy, to their push for a multitrillion-dollar spending spree that is driving up prices of everything from gas to groceries,” added Rep. Sam Graves (R-Mo.), ranking member on the Transportation and Infrastructure Committee.

Earlier this month, agencies monitoring the waters off the coast of Southern California confirmed there had been a pipeline rupture that spilled crude oil into the ocean. The spill took place while a massive backup of ships was waiting for access to ports.