US Factory Output Rises More Than Forecast on Auto Production 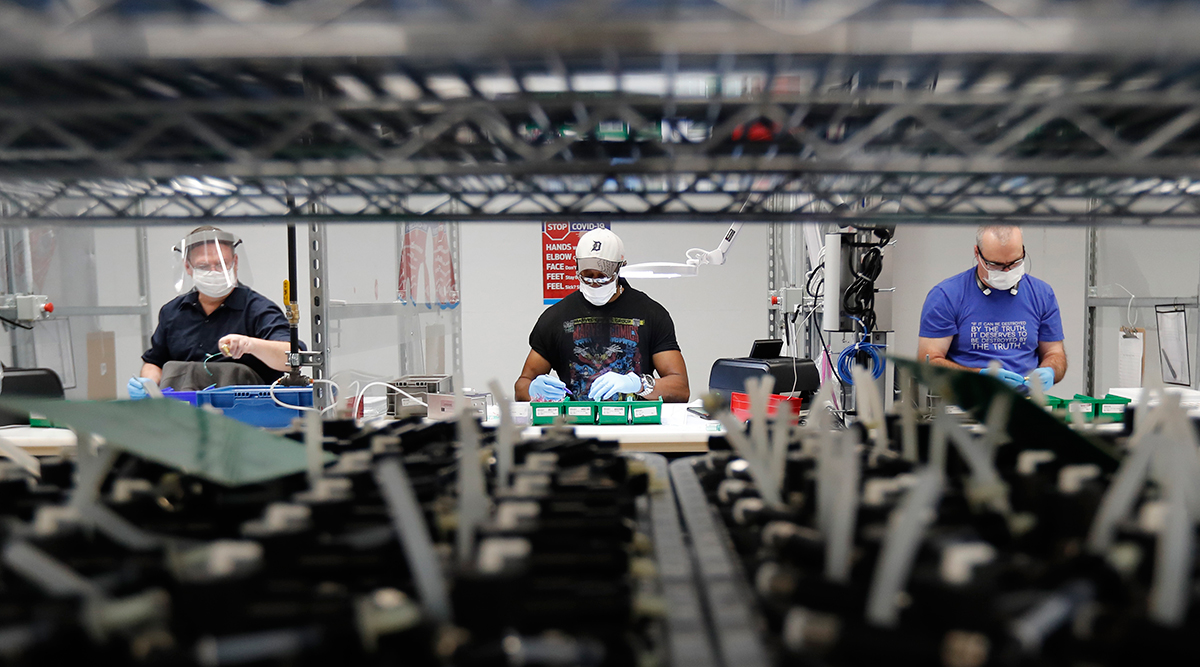 U.S. manufacturing output rose by more than forecast in November thanks to a boost in auto production, helping factories continue to rebound toward their pre-pandemic capacity and strength.

Output at factories increased 0.8% from the prior month after an upwardly revised 1.1% gain in October, according to Federal Reserve data Dec. 15 that compared with economists’ estimates for a 0.4% rise. Total industrial production, which also includes mining and utility output, advanced 0.4% in November after a 0.9% increase a month earlier.

Manufacturing has been on a steady, albeit gradual, path to recovery since the pandemic upended production and supply chains in March and April. 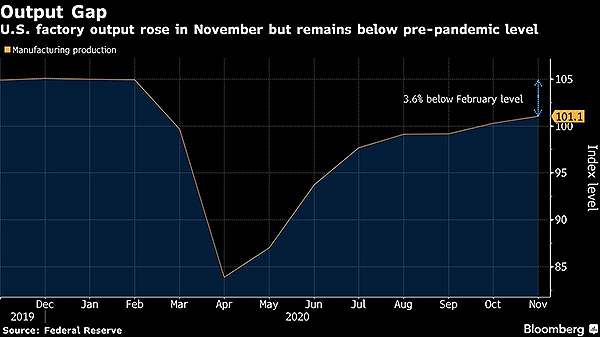 While growth may decelerate as the surge in COVID-19 cases weighs on the economy, still-lean inventories paired with solid demand for goods will continue to support the industry.

Even with the latest improvement, the Fed’s index of manufacturing remains about 3.6% below its February level. Employment in the sector has improved for seven straight months, though manufacturing payrolls are about 600,000 lower than before the pandemic.

Manufacturing capacity utilization rose to 72.6% from 72%, while total capacity utilization, including factories, mines and utilities, increased to 73.3%. That rate compares with 76.9% in February. Unused capacity weighs on corporate profits because capital is underutilized.

Chris Middleton and Edith Moy contributed to this report.