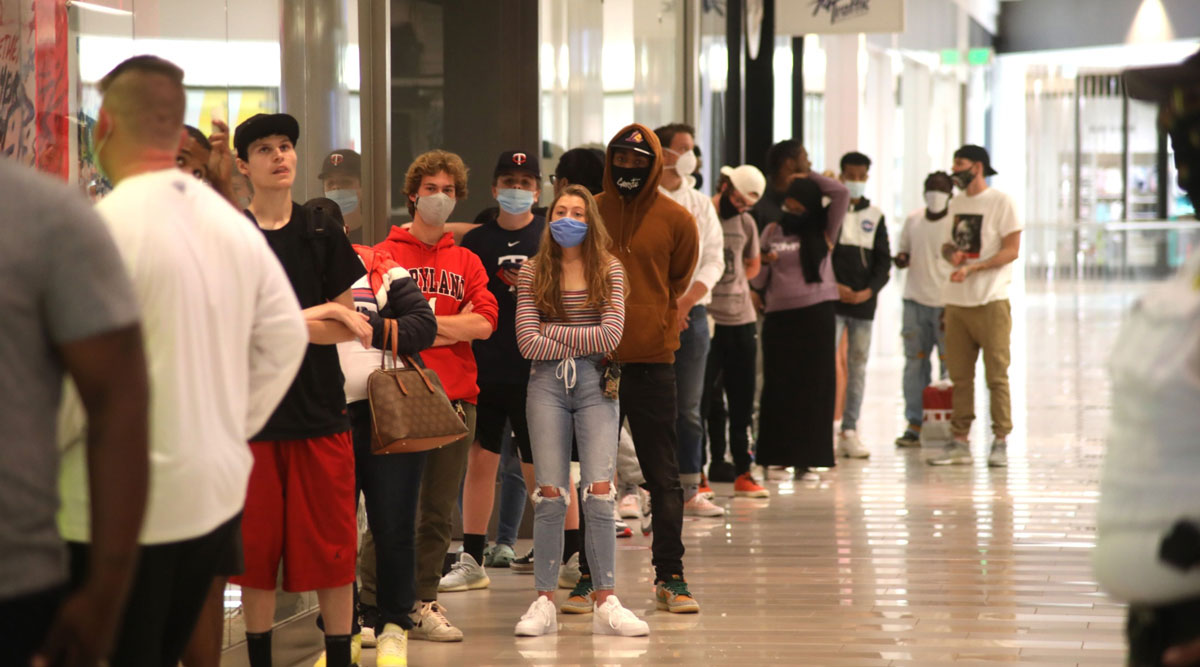 Shoppers at the Mall of America in Bloomington, Minn., on June 10. (Emilie Richardson/Bloomberg News)

U.S. consumer confidence rose in June by more than forecast as optimism increased amid business reopenings, though sentiment remained well below pre-pandemic levels.

The Conference Board’s index jumped by 12.2 points to 98.1, the biggest one-month gain since late 2011, according to a report June 30. The median estimate in a Bloomberg survey of economists had called for a reading of 91.5.

The group’s subindex of expectations, based on consumers’ outlook for income, business and labor market conditions, rose to a four-month high of 106. Attitudes about the present situation gained 17.8 points to 86.2 — the largest one-month gain since 1974.

The rise in confidence shows Americans are regaining optimism as more businesses reopen, especially in hard-hit states like New York, though the improvement was concentrated among higher-income individuals. New outbreaks in states on the West Coast and in the South, which have already resulted in closures of some bars and beaches, could dampen confidence moving into July.

The cutoff date for the Conference Board’s preliminary survey results was June 18, suggesting some responses were prior to the surge in virus cases that began in the third week of the month. That means the results likely show sentiment from the more optimistic weeks of state reopenings.

“Faced with an uncertain and uneven path to recovery, and a potential COVID-19 resurgence, it’s too soon to say that consumers have turned the corner and are ready to begin spending at pre-pandemic levels,” Lynn Franco, the Conference Board’s senior director of economic indicators, said in a statement. 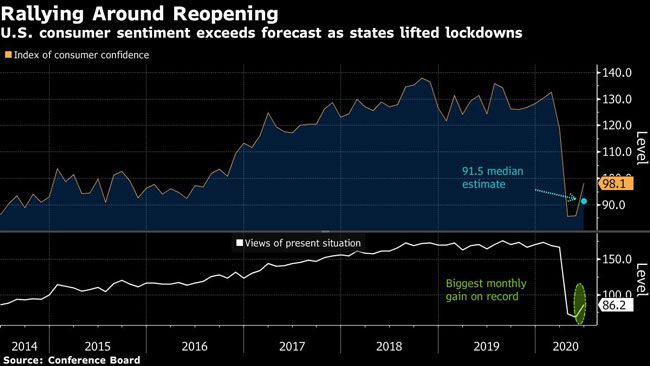 The share of Conference Board respondents expecting better business conditions in six months was a record 42.6%, though little changed from the prior month, while the proportion expecting more jobs fell slightly to 38.4%.

At the same time, 15.1% of respondents said they expected their incomes to increase in the next six months, compared to 14.6% in May.

The group’s measure of buying plans also mostly firmed in June, with greater shares of consumers indicating they expected to purchase homes and vehicles.