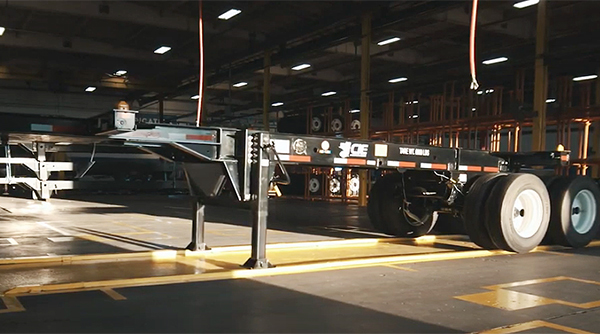 CIE says it has has produced and sold 1,800 chassis since opening two facilities in the U.S. (CIE Manufacturing/YouTube)

A group of U.S. chassis manufacturers have won an initial victory before the U.S. International Trade Commission against a Chinese company that the U.S. firms claim is manipulating the American chassis market.

The commission panel, on a 5-0 vote, ruled that there is a reasonable indication the U.S. intermodal container chassis industry is being materially injured due to imports from Chinese output flooding the U.S. market with subsidized chassis at well below market costs. 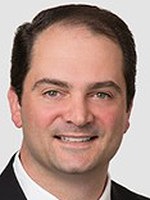 International trade attorney Robert DeFrancesco with the law firm Wiley Rein in Washington represents the U.S. chassis makers. He told Transport Topics the commission’s determination is significant because it paves the way for the federal government to begin investigating Chinese trade practices specifically related to chassis.

“The petition alleges that the imports of Chinese chassis, at subsidized prices, are materially injuring the domestic industry,” DeFrancesco said. “This is one step in the process, a preliminary injury determination, and the process now moves over to the Department of Commerce.”

DeFrancesco, who said that the industry needs 30,000 new chassis a year to maintain replacement levels, stated that between 60,000 and 80,000 Chinese-made chassis were brought into the U.S. during the past year.

“This is far more than the replacement number,” DeFrancesco said. “They brought in so many chassis, they had to move them into inventory and some of them are still sitting in warehouses.”

The defendant in the dispute told TT that his company is not trying to unfairly seize the upper hand in the U.S. chassis market, and actually is bringing jobs back from overseas. 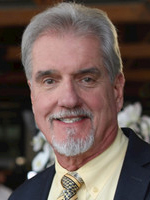 Frank Sonzala is the CEO for the defendant in the case, South Gate, Calif.-based CIE Manufacturing. He took issue with the 60,000 to 80,000 figure cited by the group, and told TT that his company, specifically, produced 19,052 chassis last year.

Sonzala said his company is not trying to unfairly seize the upper hand in the U.S. chassis market, and actually is bringing jobs back from overseas.

Since opening its two new U.S. facilities, Sonzala said CIE has produced and sold 1,800 chassis. He believes CIE is being pulled into litigation not because of tariffs, but rather because of the competitive threat the quality of his company’s products poses to competitors.

Indeed, the quality of chassis has been a sore spot in the trucking industry for years. American Trucking Associations’ Intermodal Motor Carrier Conference earlier this year formed a subcommittee to study ways to improve chassis quality and give trucking companies more choice when leasing chassis at ports and other intermodal facilities.

Sonzala said his company’s research shows the average chassis on the nation’s highways is nearly 27 years old. He noted that CIE’s new chassis all have LED lighting, radial tires and anti-lock braking systems — which are some of the improvements IMCC has been seeking.

“Why is [my] company doing all the right things and being punished for it?” Sonzala asked. “I want to beat them on the playing field on marketing, salesmanship and quality.”

The Commerce Department investigation could move along at a rapid pace, and DeFrancesco said he believes the probe could be wrapped up early next summer. He noted that CIE’s parent company could face financial penalties if it is found to have dumped chassis.

“People can import chassis — Chinese chassis — if they want,” he said. “But they have to do it at fairly traded prices, and that’s not happening right now.”

CIE’s Sonzala said he is confident about the eventual outcome of the Commerce Department investigation.

“We’ve done nothing wrong,” he said. “I look at this like a heavyweight fight.”