US Borders With Mexico, Canada to Stay Closed, Except for Essential Traffic 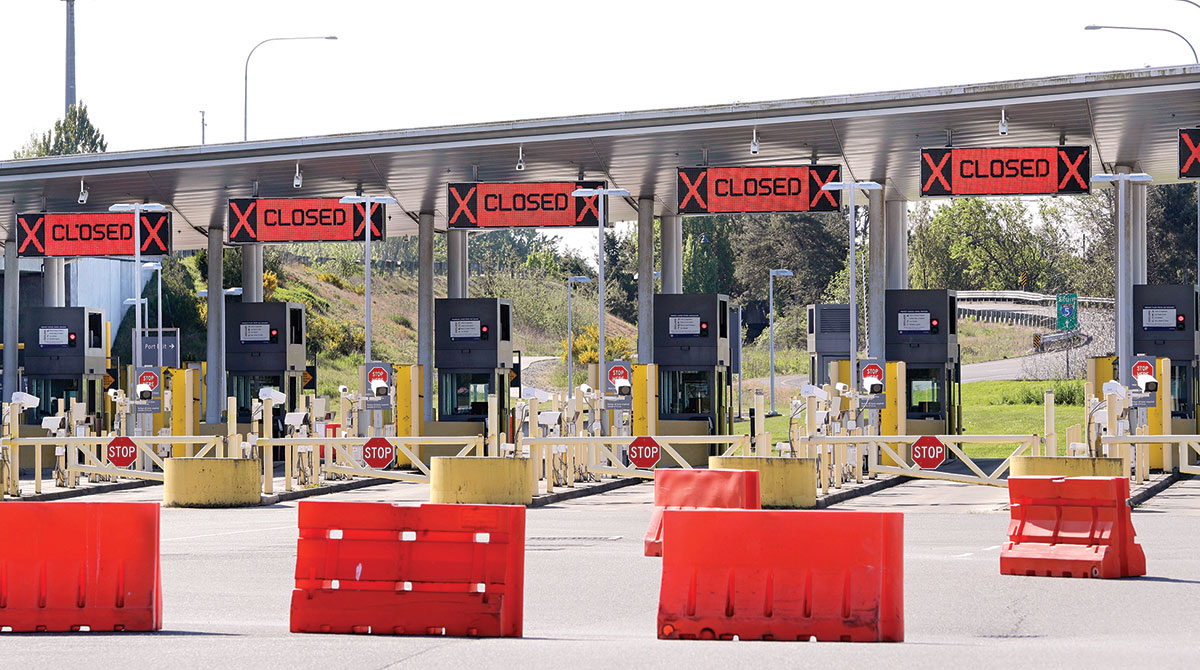 Most lanes remain closed at the Peace Arch border crossing into the U.S. from Canada. (Elaine Thompson/Associated Press))

Officials in Washington, Ottawa and Mexico City say the border closings to nonessential travel between the U.S. and its northern and southern neighbors will remain in place for at least another month. The borders have been closed to slow the spread of the coronavirus.

However, as has been the case since March, when the borders were closed, trucking is considered an essential business, and they will stay open so economic activity can continue.

The current agreement between Washington and Ottawa was set to expire June 21.

“Canada and the U.S. have agreed to extend the border measures currently in place by 30 days, until July 21. This is an important decision that will keep Canadians and Americans safe,” Trudeau said in a tweet.

A similar announcement extending the restrictions was made regarding the 1,954-mile border between the U.S. and Mexico. 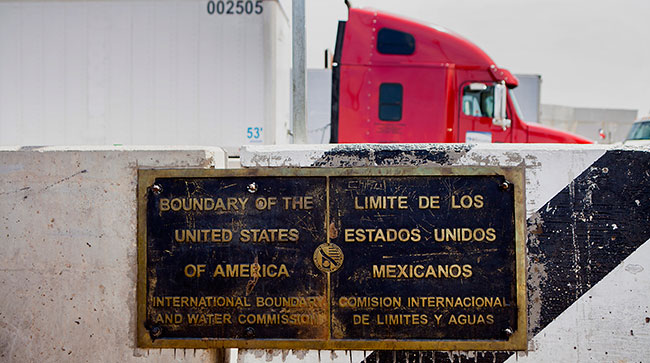 A plaque showing the boundary between the U.S. and Mexico is displayed as a truck driver waits to enter at the Calexico East Port of Entry in Calexico, Calif., before the pandemic. (Sam Hodgson/Bloomberg News)

Steve Laskowski, president of the Canadian Trucking Alliance and the Ontario Trucking Association, told Transport Topics it is essential that trucking be allowed to continue operating to move food and other critical supplies.

“The trucking industry both in the United States and Canada has had a streak of strong resiliency inside of it, and it’s an industry that is adaptive and can pivot,” he said. “So it’s not surprising that members on both sides of the border have been able to work through this crisis. It’s the nature of our business, and it’s something we can be proud of.”

American Trucking Associations Chairman Randy Guillot told TT the pandemic has proved to government leaders in the three nations and others the importance of the industry. 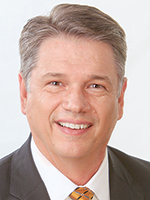 In a statement, acting Homeland Security Secretary Chad Wolf said it is essential that freight move among the three neighbors.

“This extension protects Americans while keeping essential trade and travel flowing as we reopen the American economy,” he said.

Meanwhile, there are signs that cross-border economic activity between the U.S. and Canada is increasing. Canada’s Border Service Agency said June 10 that 98,089 trucks crossed the border the week of June 1-7. That’s a 14.4% jump compared with the week of May 24-31, when 85,743 trucks moved across the border. Still, traffic is substantially lower than a year ago. In the first week of June 2019, 118,726 trucks crossed the border.

The U.S. and Canada are starting to reopen their economies after shutting down tens of thousands of businesses because of the coronavirus pandemic. Laskowski said the increase in border crossings between the nations is a positive sign.

“I think the North American economy is reflective of the trucking industry,” he said. “Like many members operating exclusively in the United States who are having some challenges with regards to the economy and freight, so, too, is the Canadian trucking industry,” he said. “But as the COVID-19 crisis moves on, we’re seeing smaller steps forward with the economy returning to normal. But obviously, we have a long way to go, but we’re seeing some positive signs.”

The U.S. Trade Representative’s office said that in 2018, U.S. economic activity with Canada totaled $718.5 billion and with Mexico $671.1 billion.

In Canada’s case, the Trade Representative’s office said vehicles, machinery, mineral fuels, electrical machinery, plastics and agricultural products make up the bulk of the items traded between the nations.

“Every region in Canada has a large segment of their industry that relies on North-South trade. Canada’s largest trading partner by far is the United States, and there are dozens of U.S. states whose largest trading partner by far are Canadian provinces,” Laskowski said. “The vast majority of that trade is moved by trucks, both U.S. and Canadian trucks.”

Trade expert David Spooner is an attorney with law firm Barnes and Thornburg in Washington. He told TT that if the economy is to improve in the coming months, there will need to be more trade among the three countries, especially high-value items such as vehicles and agriculture products.

“Mexico and Canada are two of our biggest trading partners,” Spooner said. “If we are going to compete against economies such as China and India on the other side of the world, we need to integrate our three economies in North America. That doesn’t mean losing sovereignty, but it means reducing taxes and regulations so companies can work together, across borders so we can compete against Asia.”