US Automakers Dig Out of Pandemic Hole as Prices Soar 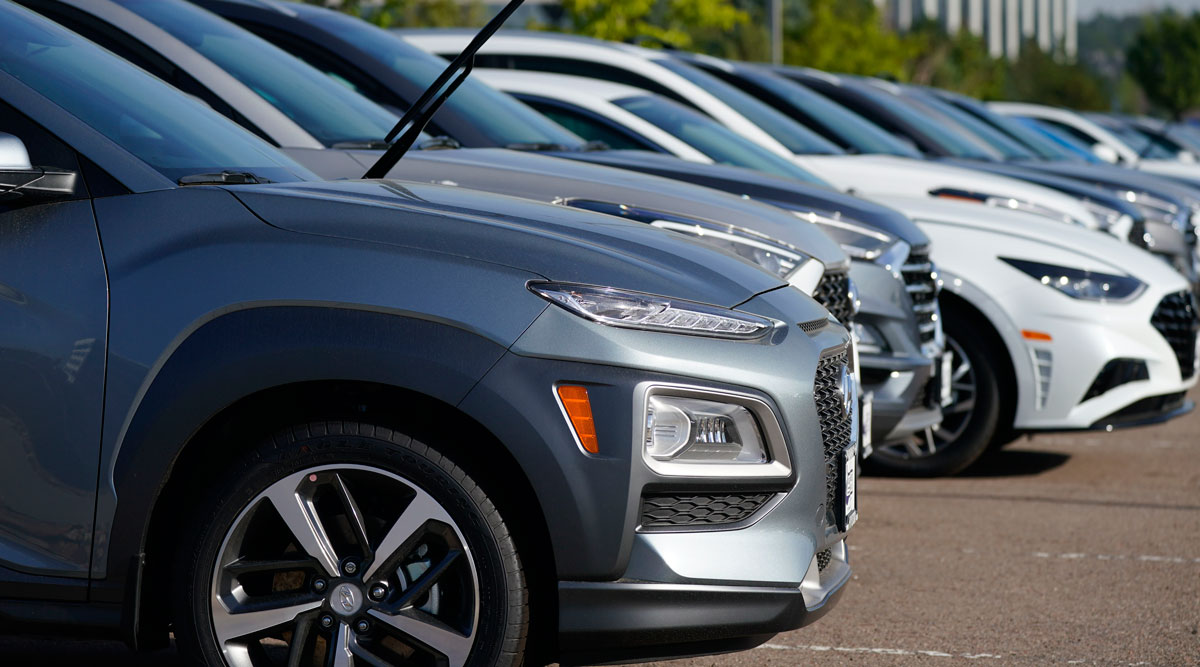 A line of 2020 Hyundai models sits in a storage lot in Colorado on Sept. 3. (David Zalubowski/Associated Press)

Automakers are climbing out of the ditch they fell into this spring, with U.S. auto sales expected to rebound strongly in the third quarter thanks to cheap borrowing costs and a shift toward private transportation amid the pandemic.

The seasonally adjusted annualized selling rate likely reached 15.7 million new vehicles in September, down 1.6 million from a year ago, according to researcher J.D. Power. Retail sales, which exclude deliveries to fleet buyers such as rental-car companies, probably grew year-over-year in September, the first time that has happened since February thanks to a couple of extra selling days on the calendar.

Sales have rebounded after touching a multi-decade low of 8.6 million vehicles in April, when factories were idled and buyers across the country were quarantined at home.

It’s unlikely the auto industry can make up for volume lost during spring shutdowns, but that may not matter for manufacturers selling higher-margin SUVs and trucks. Incentive spending also is lower due to tight inventories caused by production shutdowns.

“Volumes are down slightly, but transaction prices are at all-time highs,” said Thomas King, president of J.D. Power’s data and analytics division. “Selling with lower discounts and incentives — that’s money that flows straight to the bottom line.”

The average transaction price is forecast to reach a record $35,655 in September, with trucks and SUVs making up 76% of retail sales this month, up from 72% a year ago, according to J.D. Power.

On the consumer side, the surge in demand for vehicles has pushed up used-car prices, making trade-ins more valuable and putting more-expensive vehicles within reach.

“Rising used-vehicle prices also likely made the new-car market more appealing for shoppers on the fence between the two,” said Jessica Caldwell, executive director of insights for the Edmunds auto-information service.

The rosy sales forecasts also speak to the unevenness of the U.S. economic recovery. While more than 13 million Americans are unemployed, others have seen their wealth increase thanks to a surging stock market and housing boom. Consumer confidence rebounded in September by the most in more than 17 years, the Conference Board reported this week.

“Some of the folks who’ve had the biggest economic disruption because of the virus are not folks who would traditionally be new-car buyers,” King said.

One part of the sales picture that hasn’t recovered is fleet sales. With business travel decimated by the pandemic, rental-car companies such as Hertz Global Holdings Inc., which filed for bankruptcy in May, and Avis Budget Group Inc. are buying fewer cars. Fleet deliveries likely fell 28% in September from a year ago, something that’s weighing on total sales numbers and probably will hurt the results of automakers including Fiat Chrysler Automobiles NV, according to Joe Spak, an analyst at RBC Capital Markets.

While automakers seem to be minting money on sales thanks to tight inventory, it remains to be seen whether inventory constraints hurt sales toward the end of the year. Trucks in particular are in short supply, and only a few of the 2021 model-year vehicles have reached dealers’ lots, according to researcher Cox Automotive.