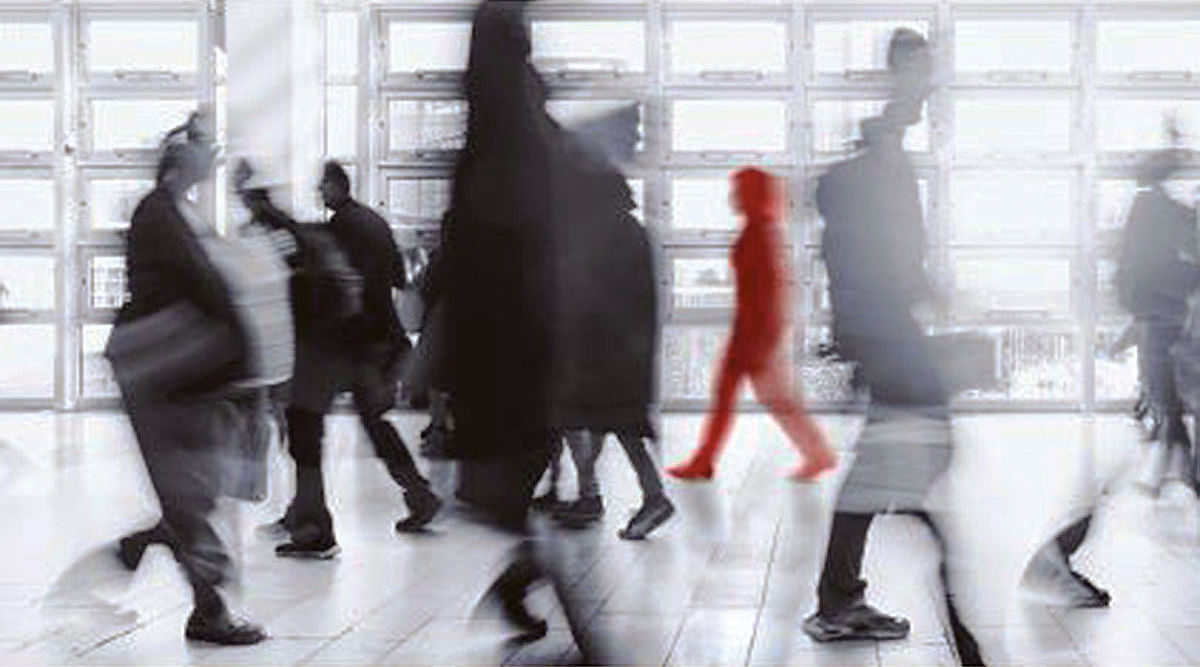 Companies’ efforts to combat human trafficking should be rooted in education and the support of leadership teams, according to executives from UPS Inc.

Human trafficking, which involves the use of force or coercion to obtain labor or a commercial sex act, exploits about 25 million people, according to the Department of Transportation’s Advisory Committee on Human Trafficking.

Through materials produced by Truckers Against Trafficking, UPS has extended training to 100,000 drivers. UPS Freight President Rich McArdle said choosing the right leaders for an initiative such as the one to combat human trafficking is key for building momentum.

“You need to have those conversations with executive leadership,” McArdle said. “Have an internal champion. You get that flywheel going, it’s going to take off. Make sure you find the leaders who can get this going. Be very selective of how you get started, but do get started.”

McArdle participated in a virtual event focused on combating human trafficking July 30, which is acknowledged as the United Nations World Day Against Trafficking in Persons. The event was made possible through the Driving Goodness campaign, an initiative made up of trade organizations, marketers and fleet managers. 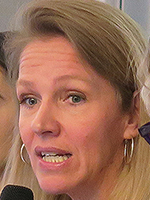 Kendis Paris, executive director of Truckers Against Trafficking, identified truckers as the “eyes and ears” of the road, and noted that they may be able to spot trafficking activity at places such as truck stops and rest areas.

“They’re often in places where they intersect with potential victims,” Paris said. “Pimps take their victims wherever they can make money. Imagine if all drivers were trained and knew what to look for and immediately reported it.”

Nicole Clifton, vice president of global public affairs for UPS, acknowledged that company executives may wrestle internally over how to address human trafficking because it’s a difficult subject. She identified education as one barrier, and encouraged companies to explain human trafficking to their employees to make it a relatable issue that they will want to help address. 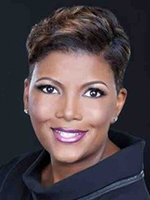 “When you don’t know that, your inclination is just to shut down,” Clifton said. “Getting over that education hurdle and explaining the connectivity [is important]. Make it relevant to your company.”

Clifton said Truckers Against Trafficking tailored their materials to suit the company’s needs associated with different industry roles and hubs. When Clifton asked Paris to send posters, she said they arrived within a couple of days.

UPS established a corporate-level steering committee called “Brakes on Human Trafficking.” McArdle said drivers are instructed to recognize signs of human trafficking and report them, rather than personally confront someone they suspect of criminal activity.

“The best thing you can do for a potential victim is to know what the red signs are and make the call,” McArdle said. “If you’re not sure, still make the call. This just isn’t something for our drivers. This is for all our employees.”

Additionally, McArdle said UPS drivers have become ambassadors for Truckers Against Trafficking’s Freedom Drivers Project, which involves a trailer outfitted as a “mobile museum” to educate people about the realities of human trafficking. The UPS team has hauled the trailer 10,998 miles.

“People are not trafficked by choice,” McArdle said. “They’re trafficked by chance. When you begin to understand these are victims, it’ll help fuel where you want to take your organization.”

Paris noted that the efforts to combat human trafficking are working. She said some 898,823 people have been trained through Truckers Against Trafficking, and 1,230 victims have been identified through their calls to the National Human Trafficking Hotline.

Truckers Against Trafficking and UPS are represented on DOT’s Advisory Committee on Human Trafficking. The committee includes leaders of organizations that fight modern slavery, academics, and representatives of the trucking, bus, rail, aviation, maritime and port industries.