UPS to Hold Holiday Hiring Steady at About 100,000 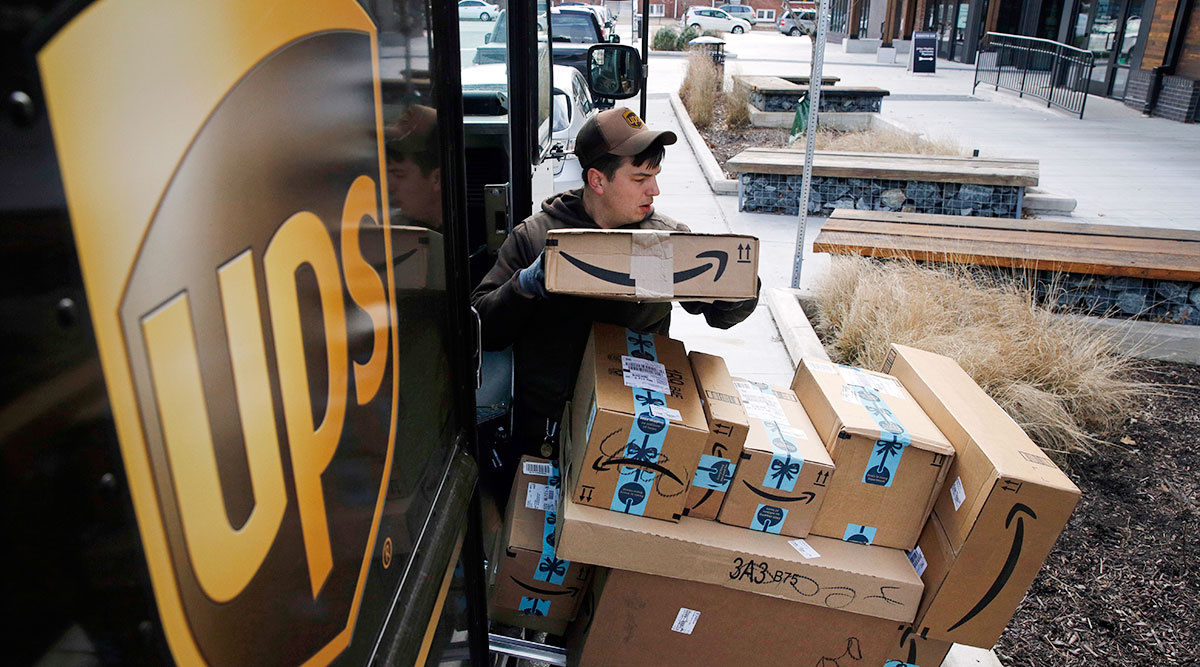 UPS Inc. expects to hire about 100,000 seasonal workers and pay them more to handle the avalanche of packages shipped between Thanksgiving and Christmas, the parcel delivery giant said Sept. 9.

That’s about the same number of people that UPS hired for last year’s holiday season. The Atlanta-based company also is counting on automation to keep up with the constant growth in online shopping.

Delivery rival FedEx Corp. and major retailers are expected to lay out their plans in the next few weeks.

The official unemployment rate is just 3.7%, and the tight job market will make it harder — and more expensive — for those companies to fill seasonal jobs.

Danelle McCusker, the head of U.S. human resources, said UPS paid an average of $10.10 per hour for seasonal workers last year. This year, under a new labor contract, pay rates will range from $14 an hour up to, for truck drivers, $30 an hour, she said.

“Some markets are a bit more competitive, and we will adjust” wages higher and even offer bonuses of $100 to $250, McCusker said, citing San Diego as an example.

“Last year, there was a flirtation with $15 an hour,” said Tony Lee, a vice president at the Society for Human Resource Management. “This year, $15 an hour seems pretty solid [among nationwide employers,] which puts real pressure on the mom-and-pops, who may not be able to afford $15 an hour.”

Lee said those smaller, local employers will try to counter by offering more flexible schedules — something that often is not possible at the big retail and delivery firms.

Last year, UPS held job fairs at 170 locations nationwide on a single day in October to recruit for seasonal workers, including package handlers and drivers. McCusker said the company is considering similar events this fall.

The volume of packages running through the UPS network about doubles during the holidays, compared with the rest of the year, and forecasting the right number of seasonal workers — and when to bring them on the job — can be critical.

Two years ago, UPS underestimated a surge in early shopping right around Thanksgiving, and many shipments were delayed. UPS wound up spending an extra $125 million to catch up and reduce delays.

UPS says that in recent years, about one-third of people hired for seasonal jobs are retained for full-time employment when the holidays are over.

The company also is relying on more automation to increase package-sorting capacity. UPS is opening or upgrading about 20 facilities — after a similar number of new or retrofitted centers last year — and estimates that the new buildings are 35% more efficient. Also, the percentage of packages that can be sorted with automation is increasing, thereby reducing the number that require handling by workers.

FedEx hired about 50,000 seasonal workers last year. Big retailers including Amazon.com, Target and Walmart also looked for tens of thousands of extra workers during the holidays. Kohl’s department stores and the Michaels arts-and-crafts chain have launched their seasonal-hiring blitzes, another sign of the tight labor market.

UPS is No. 1 on the Transport Topics Top 100 list of the largest for-hire carriers in North America, and FedEx ranks No. 2.