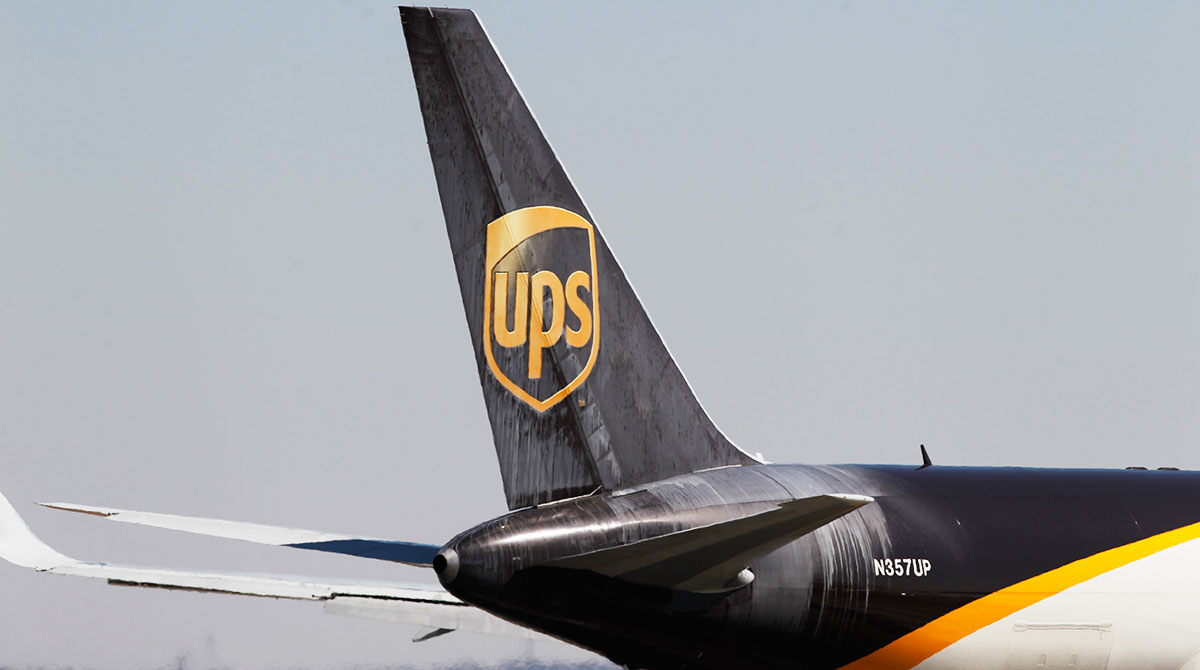 UPS Inc. posted better-than-expected second-quarter earnings July 26, thanks in part to a big leap in the price of domestic parcel revenues during the three-month period that ended June 30.

Much of the increase in revenue came from an 11.9% rise in the company’s revenue per piece, a key industry metric. However, UPS reported its average daily package volume declined by 4% in the U.S. and more than 13% in its international business segment.

Worldwide buying patterns returned to a more traditional balance between goods and services, along with many consumers tightening their belts because of inflation brought on by the supply chain disruptions caused by the pandemic and Russia’s invasion of Ukraine, which has caused a global spike in energy prices.

“We expected volume levels to decline from last year. They

did, but more than we planned,” CEO Carol Tomé said in a conference call with analysts and reporters. “Despite the decline in volume, we continue to win in the most attractive parts of the market.”

Since becoming CEO more than two years ago, Tomé has changed the company’s long-term strategy from pursuing volume to being more strategic about growth and focusing on its base of small-business customers and expanding efforts to ship more medical products and related health care technology items.

UPS said its volumes fell short of its forecast by an estimated 220,000 packages per day.“While the external environment is ever changing,” she said, “our better-not-bigger strategic framework has fundamentally improved nearly every aspect of our business, enabling greater agility and strong financial performance.”

UPS recently announced it is expanding its UPS Premier service into more major global markets and later this year will introduce UPS Premier Platinum, which includes the ability to monitor temperature, light and humidity levels of packages, most of which are medically related.

American Trucking Associations Chief Economist Bob Costello and other observers have said a shift is taking place in the economy as people are spending less on items delivered to their homes or businesses and more leisure pursuits such as restaurants, concerts and sporting events.

Tomé told the call that the company is holding retail giant Amazon to its contractual maximum number of packages it will deliver for the e-commerce company.

“That means that the volume and revenue for Amazon is coming down,” Tomé said, predicting Amazon will account for less than 11% of total UPS revenue by the end of the year. “That gives us room to grow in other parts of the market.”

In 2013, Amazon swamped UPS with millions of extra deliveries in the peak months of November and December, causing a flood of delays and consumer complaints. As a result, Amazon has developed its own air and ground delivery network, but UPS still counts Amazon as its biggest single customer.

Looking to the second half of the year, Chief Financial Officer Brian Newman said UPS anticipates that volume growth rates “will improve slightly” with full-year GDP growth expected to slow.