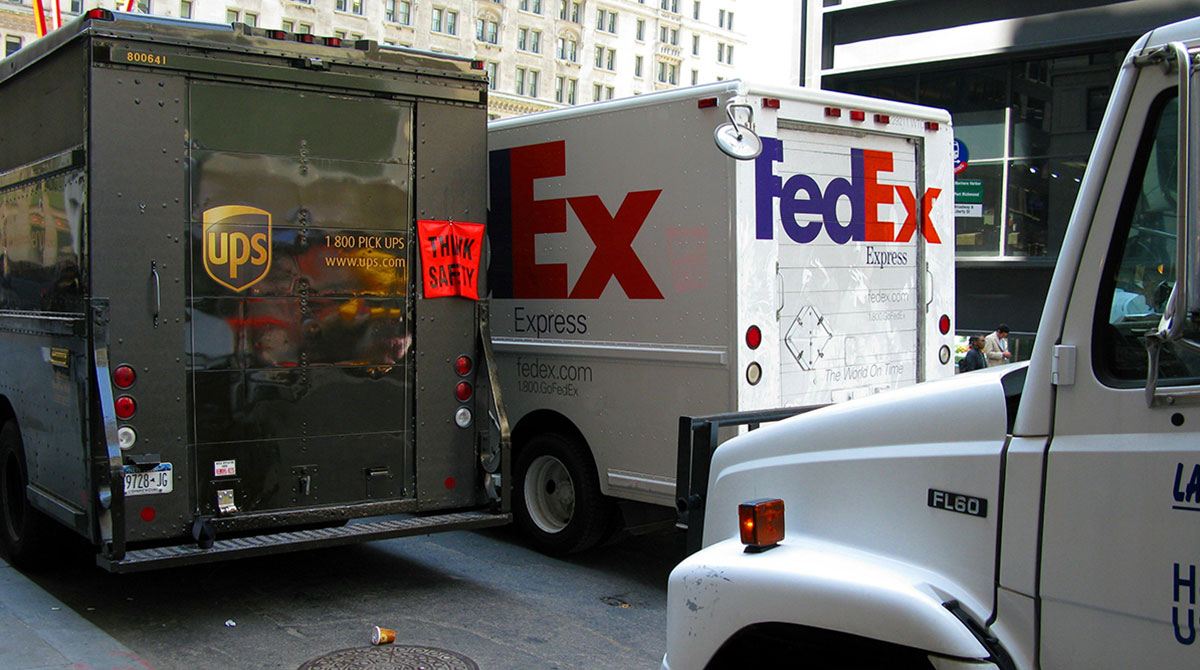 Early figures signal that this holiday season is shaping up as among the most challenging for the package-delivery giants, with Cyber Monday sales alone jumping 16.8% to $6.6 billion, according to Adobe Analytics. The volume overwhelmed UPS in the week following Black Friday, and the Atlanta-based company responded by extending the workweek for some employees and redeploying office workers to help load trucks or deliver packages.

While some customers groused on social media about missed packages, UPS’s on-time rate for items delivered by ground was 99.1% in the week ended Dec. 23, according to parcel tracking firm ShipMatrix Inc. FedEx’s rate was 98.7%. The rate was in the high 90s for each company for packages shipped by air.

“On a macro level, both carriers did a nice job this year,” said Glenn Gooding, a shipping consultant in the Atlanta area with iDrive Logistics. “You’re going to find very small, isolated affected areas, and those are contingent on a unique issue.”

Both couriers now have entered the holiday season’s returns cycle, which also promises to be busy. UPS on Dec. 26 projected that returns would peak at 1.4 million packages on Jan. 3, up 8% from a year earlier. Consumers returned more than 1 million packages a day to retailers in December, UPS said.

Nailing the holiday season has become critical for UPS, which in 2017 estimated it would deliver 750 million packages between Thanksgiving and New Year’s Eve, or almost double FedEx’s total. In 2013 UPS failed to deliver some packages before Christmas, sparking criticism from Amazon.com Inc., a key customer. A year later, UPS overspent on temporary workers and facilities and watched those resources sit idle.

UPS’s home market of Atlanta was a trouble spot, and several media outlets showed images of angry consumers lined up outside of area facilities after Christmas. Earlier in the season UPS acknowledged problems around Atlanta and it used some office workers to help clear the backlog. Denver was another problem location early on.

The company won’t give a breakdown of its peak performance until Feb. 1, but “the vast majority of people got their packages on time,” said UPS spokesman Glenn Zaccara.

UPS hasn’t said how much it paid in overtime. At least some employees had to work on Dec. 24, which isn’t a work day for most employees. The company should be able to recover some of its overtime costs with a new 27-cent surcharge it imposed on packages shipped during certain weeks and with higher fees for items by air, said Satish Jindel, whose firm publishes the ShipMatrix survey.

After a “bubble” developed within UPS’s system after Cyber Monday, UPS told drivers they might be scheduled to work as many as 70 hours over a period of eight days, followed by 34 hours of rest.

Teamsters General President James Hoffa criticized UPS Chief Executive Officer David Abney for failing to hire or train enough employees. The company responded that it had adopted a 70-hour workweek previously and that during the week of Dec. 11, 88% of drivers worked less than 60 hours.

FedEx Boosts Dividend, Shakes Up Board