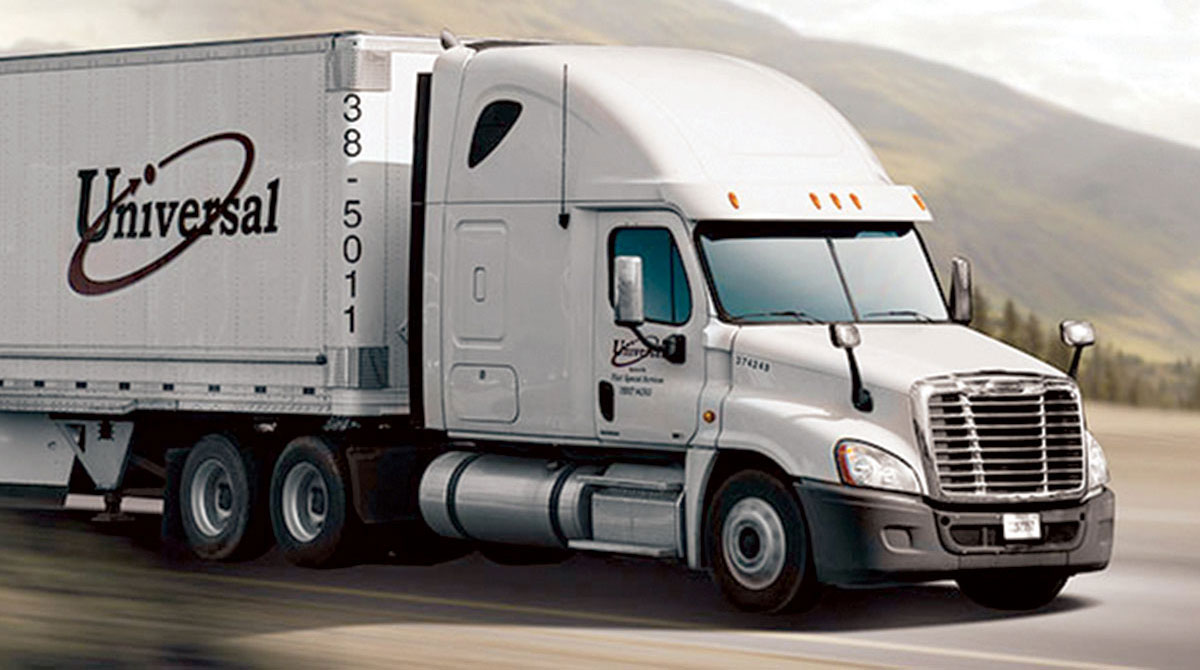 The Warren, Mich.-based asset-light transportation and logistics company posted net income of $44.7 million, or $1.69 per diluted share, for the three months ending June 30. That compared with $25.6 million, 95 cents, during the same time the previous year.

“Universal’s second quarter 2022 set another series of record results, surpassing the all-time record highs achieved just a quarter ago,” Universal Logistics CEO Tim Phillips said in a statement. “We are solidly on track to achieve over $2 billion in top-line revenues for the year, and we have once again reported our best-ever financial performance in terms of operating revenues, operating income, operating margin and earnings per share.”

Total operating revenue increased by 24.7% to $527.2 million from $422.8 million. Operating income soared 106% to $64.7 million from $31.3 million the prior-year quarter. Included in the operating results was a $3 million credit to insurance and claims expense resulting from settlement of certain auto liability claims during the period. During the second quarter, the company also revised the estimated useful life and salvage value of certain equipment.

“While I am enthusiastic about our performance, I am also keenly aware of the macro headwinds facing Universal, and the broader economic conditions,” Phillips said. “We are keeping a close eye on the impacts of inflation, rising interest rates and the direction of consumer behavior.”

The results surpassed expectations by investment analysts on Wall Street, which had been looking for $1.16 EPS and quarterly revenue of $487.80 million, according to Zacks Consensus Estimate.

“While there are some signs of a softening, I believe there remains a significant amount of freight opportunities across the country, and strong, pent-up demand for autos in North America, both of which are favorable to our bottom line,” Phillips said. “In this ever-changing business climate, I continue to believe Universal’s highly resilient business model will allow us to remain agile and deliver solid performance for our customers and our shareholders.”

The trucking segment reported that revenue for Q2 increased 6.8% to $106.5 million from $99.8 million for the same period last year. The segment revenue included $46.8 million of brokerage services. The average operating revenue per load increased 43.4%. But load volumes fell 30% due to some underperforming operations in the segment. Income from operations increased 79.2% to $9.6 million from $6.5 million last year.

The contract logistics segment reported Q2 revenue increased 34% to $207.3 million from $154.8 million last year. The segment includes value-added and dedicated services. New business as well as repricing of existing customer contracts drove overall growth for dedicated operations, despite load volumes being moderately down. The segment also included 64 value-added programs by the end of the quarter versus 60 in the prior-year period. Income from operations increased 84.9% to $29.4 million from $15.9 million.

The company-managed brokerage segment reported that revenue decreased 8.8% to $55.1 million from $60.4 million last year. The average operating revenue per load increased 6.8%, but load volumes decreased 26.8% on a year-over-year basis. Income from operations increased 75% to $4.2 million from $2.4 million.