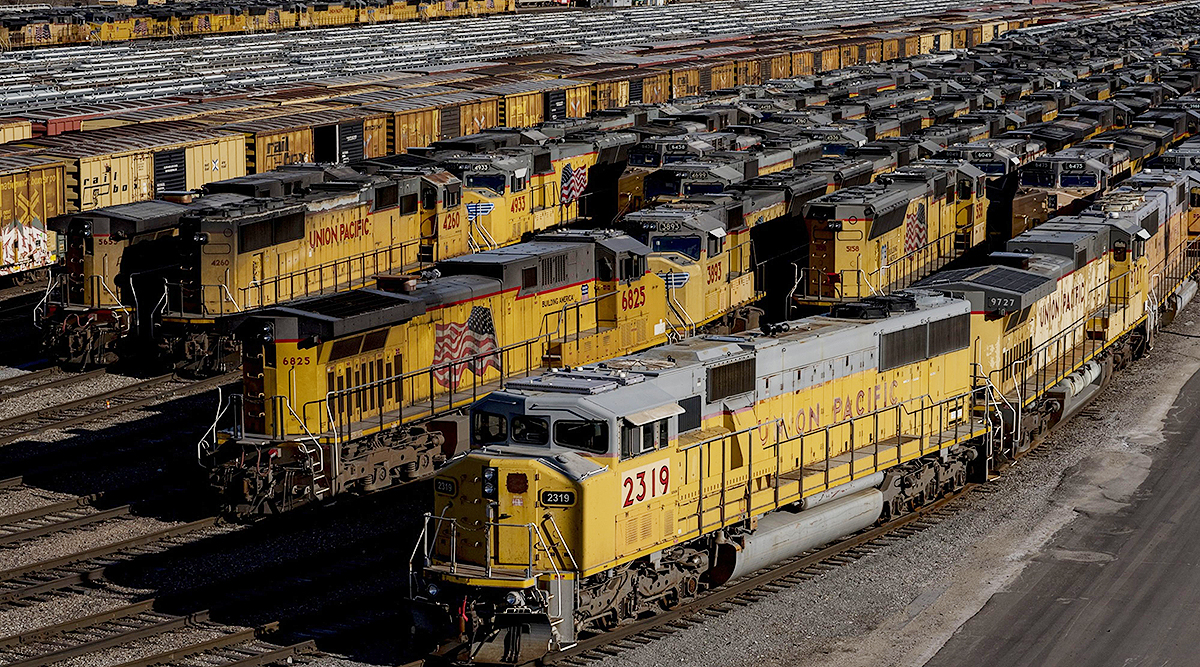 Union Pacific Corp. has begun receiving trucks around-the-clock at its freight facility near the ports of Long Beach and Los Angeles, extending operating time by about 20 hours a week to help ease cargo congestion.

The railroad previously had closed gates to trucks for 10 hours early Sunday mornings and for 10 hours on Sunday afternoons into early Monday because of low volume. Now trucks can bring maritime containers at any time to its rail yard, which is only a few miles from both ports.

Union Pacific’s operations to build trains at that facility have always run 24 hours a day, seven days a week, even if the gates to receive trucks were closed for part of the weekend, said spokeswoman Kristen South. The receiving gates were opened around-the-clock on Oct. 17, South said.