Understanding the Numbers Behind the Technician Shortage

For what seems like ages, whenever discussions occur within this industry about the technician shortage, this question inevitably arises: “Just exactly how many technicians do we need?” A fair question, right? But not an easy one to answer.

If you spoke to five different people, you would very likely receive five different answers. So when TechForce Foundation launched the FutureTech Success Initiative, bringing industry together to help solve the technician shortage, one of the first priorities was to come up with an answer to that question. After all, when you have a problem to solve, if you have not fully identified it, it’s difficult to know what success looks like.

Over the period of a year-and-a-half, TechForce studied the issue, working to develop an accurate and reliable forecasting model. In late 2017, the first projections covering the automotive, diesel and collision industries were released. Collision includes Classes 2-8 body and collision repair technicians. 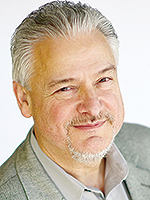 These estimates were updated again in October 2018 in keeping with TechForce Foundation’s commitment to provide this information to the industry on an ongoing basis.

When looking at the projections, it is helpful to understand the components that comprise technician demand. As a baseline, we start with the number of technicians currently employed. Then we add in two factors: demand created by new positions that are needed and “replacement demand.” New positions are a result of expected growth within that industry. Of course, this also can be a negative number if a particular industry is in decline.

The calculation of replacement demand also is an area that has undergone much scrutiny within the Bureau of Labor Statistics over the past couple of years. In fact, in 2017, BLS initiated a major change to the way it calculated replacement demand, not just for our industry, but for the entire U.S. labor force. 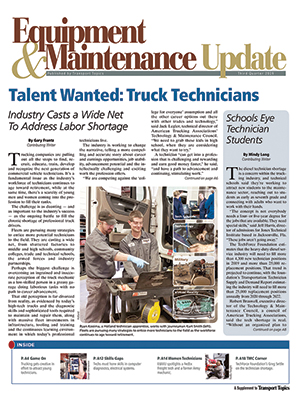 Previous calculations were based on a long-established career model in which workers entered the workforce at a young age and remained in the same industry for their entire career. This simply is no longer the case.

Workers 24 and younger have averaged four or more jobs over the short period of time they’ve been in the workforce and are three times more likely to change jobs than baby boomers. The baby boomers have averaged just two jobs in the past 10 years.*

This change in methodology as a result of this new information has more than tripled previous BLS estimates for replacement demand.

So, what did the report reveal? First and foremost, it reaffirmed what industry leaders have firmly believed for some time — that a shortage actually does exist. However, beyond that, there were additional findings of interest.

The total demand of new entrant technicians in the diesel industry in 2019 is nearly 30,000. When the automotive and collision industries are added into the mix, the demand for 2019 is a staggering 125,000 technicians. A pretty sobering number by any measure.

Projections indicate the number of new positions needed (not including replacements due to retirements) is falling from about 4,300 in 2019 to zero by 2022 — that’s good news; however, during the same period replacements needed due to retirements is projected to hold steady at around 25,000 through 2022. The question is, why?

The answer takes us back to recent history. For those of us who have been in the workforce for many years, it is hard to forget the economic downturn of 2008 and the impact it had on the industry. Thousands upon thousands of technicians were let go as employers struggled to stay afloat.

But when the economy turned around, those technicians were no longer around. They patiently waited to be offered back their jobs. But then they had moved on to other industries or retired, and the vast majority of the technicians were gone. As a result, the effect of “pent-up” demand had begun.

As business improved and more technicians were ­needed, the availability was just not there to meet the demand. It was not until 2017 when that pent-up demand finally was met, and the numbers began to drop back down.

Meanwhile, a rumor persists related to diesel and automotive technicians that you may have heard. This rumor is that it is a group that is aging rapidly, more rapidly than the overall U.S. workforce, and that is one of the major reasons why we are experiencing a shortage.

In reality, the median age of the technician workforce is nearly identical to that of the overall workforce, at around 42 years old.

So, while it is true that the technician workforce is, in fact, aging, it is doing so at the same rate as the entire workforce.

The final piece of the equation when looking at technician demand is the supply side. Having a good idea of what the demand is, we next want to know how many entry-level technicians are entering the industry to meet that demand.

It is extremely difficult to come up with technician supply numbers that are inclusive of all the potential sources that feed our industry. We have young men and women hired “off the street” without any prior training. We have returning veterans entering the workforce, graduates from high school shop programs, and post-secondary graduates from community colleges and technical schools.

Across these various sources, the only one that can be monitored with accuracy is the number of students graduating from post-secondary technical programs. Due to federal reporting requirements, schools must report these “completions” each year. So, what do these numbers tell us?

When it comes to diesel programs, however, there is some light at the end of the tunnel.

What could be the reason behind this welcome change? Most likely, it is driven by the diesel industry being more proactive than the automotive or collision industries in raising starting wages for entry-level technicians.

The word has gotten out that starting salaries are good for truck diesel technicians. A word of caution, however. This statistic should not be misconstrued to mean that there is not cause for concern. The supply still is considerably lower than it should be to fulfill industry demand.

Much work still is needed to secure a long-term pipeline of entry-level technicians for our industry. However, the focus has been raised on this issue, and inroads are starting to be made. Education of students, parents and school officials as to the outdated public image of technicians, as well as the career opportunities that abound in this industry, is key.

We must provide more tactile, hands-on experiences for young men and women to explore their curiosity and potential capabilities. We must continue to come together as an industry to communicate consistent messaging and speak with a single voice. It is critical that employers connect with their local schools, building mutually beneficial relationships and opportunities for internships and apprenticeships.

And finally, we absolutely must provide entry-level pay and benefits that are competitive with other options open to young men and women.

* The Job-Hopping Generation: Young Professionals Are on the Move, By Greg Settle, LinkedIn, Oct. 11, 2018.

Greg Settle is the Director of National Initiatives for the TechForce Foundation. He is an associate member of American Trucking Associations’ Technology & Maintenance Council. Since December 2017, TMC and TechForce Foundation have been strategic partners in the effort to solve the industry’s technician shortage.