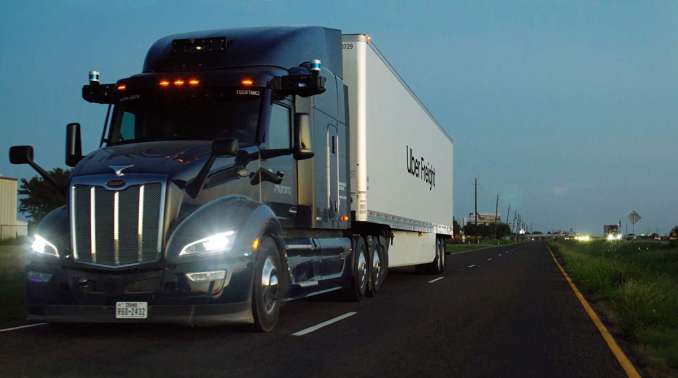 Uber Freight and self-driving technology developer Aurora Innovation Inc. announced they are deepening their existing partnership in Texas by autonomously hauling freight between Dallas-Fort Worth and El Paso for packing solutions distributor Veritiv Corp. through and beyond the 2022 holiday season.

Uber Freight’s multiphase commercial autonomous trucking pilot began in December 2021, the company noted, with autonomous loads more than doubling over the past year.

This latest expansion in Texas unlocks a longer lane for further autonomous trucking testing and insights across different operating models, which Aurora will incorporate into Aurora Horizon — its autonomous driver as a service — expected to launch in late 2024.

'Tis the season to get your packages delivered on time.

The autonomous assets are deployed alongside human drivers in a hybrid model, with self-driving trucks handling the longhaul, middle-mile and local carriers from the Uber Freight platform on the shorter first- and last-mile hauls, empowering them to stay closer to home, according to San Francisco-based Uber Freight.

“It’s an honor to get in the trenches with Veritiv’s commitment to next-generation supply chains and Aurora’s best-in-class innovation to better understand how autonomous freight can and will become a reality,” Lior Ron, CEO of Uber Freight, said in a release. — Transport Topics