Tyson Foods Inc. appointed Donnie King as chief executive officer, replacing Dean Banks, who has been in the top job at the largest U.S. meat producer for just eight months.

Banks is leaving Tyson for “personal reasons,” the Springdale, Ark.-based company said June 2 in a statement. 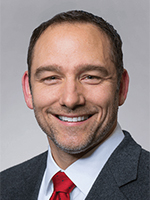 “Upon deep personal reflection, and discussions with my family, the board, and my colleagues, I believe that stepping down and concentrating on my family is the right decision at this time,” Banks said in the statement.

Banks succeeded Noel White as CEO in October. White, now vice chairman at Tyson and who saw the company through the disruption caused by the pandemic, took the role in 2018 after the departure of Tom Hayes, who lasted less than two years in the job.

Tyson Foods ranks No. 11 on the Transport Topics Top 100 list of the largest private carriers in North America.