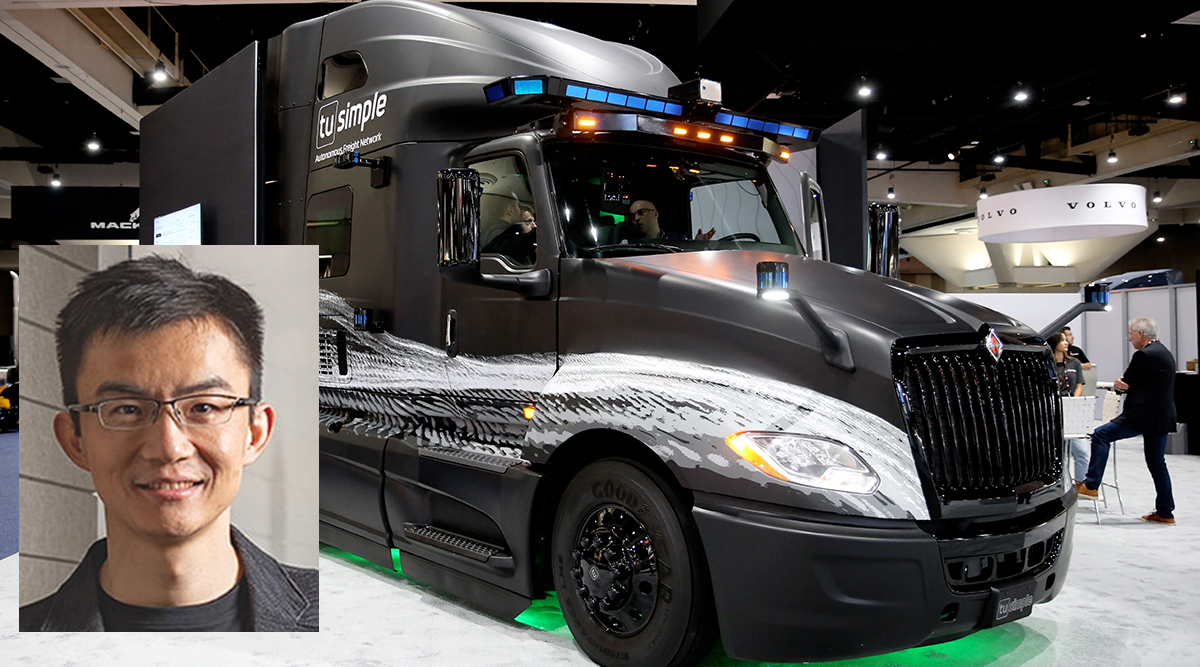 A TuSimple truck on display at MCE 2022. (John Sommers II for Transport Topics; inset of Hou via LinkedIn)

He has also been removed as a member of the government security committee.

The company reported these actions were taken in connection with an ongoing investigation led by the audit committee, which prompted the board of directors to conclude that a change of CEO was necessary.

A separate report from The Wall Street Journal said that federal investigators have launched an investigation into whether TuSimple executives improperly shared proprietary technology with a startup based in China.

Federal investigators from the FBI and the Securities and Exchange Commission are probing whether executives shared the technology with Hydron, a startup based in China and launched by Mo Chen, one of TuSimple’s co-founders, according to the Journal. Hou denied any wrongdoing in a WeChat post, according to Reuters news agency.

Hou had only been CEO since March, when he was elevated to the position from chief technology officer as part of a planned succession, replacing Cheng Lu in the role and Chen as chairman.

San Diego-based TuSimple named Ersin Yumer as interim CEO. He is currently its executive vice president of operations during the executive search. 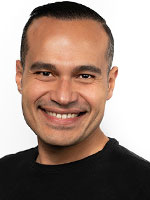 “I look forward to working with the board and the talented TuSimple team to continue to move the company forward,” Yumer said in a statement. “The leadership team firmly believes in the benefits of our technology and is committed to the company’s commercialization roadmap.”

The company had lost trust and confidence in Hou’s judgment, decision making and ability to lead the company as CEO, said TuSimple Chairman Brad Buss during the company’s third-quarter earnings call Nov. 1.

“You also may be aware Hou has been making statements on various social media platforms. We would like to make it crystal clear he is doing so as an individual not as a board member. He is not authorized to make any statements on behalf of the company and we are disappointed in his lack of judgment and decisionmaking in making these unauthorized statements,” Buss said.

As for financials in the quarter, the results beat estimates. The company reported revenue of $2.7 million compared with consensus estimates of $2.4 million.

Stock-based and R&D expenses for the quarter were $23 million and $85.8 million, respectively.

TuSimple reported a $119.7 million loss from operations, or a loss of 50 cents per share. Its cash spending during the third quarter was $79 million as it continues to invest in strategic growth and development initiatives. It ended the quarter with $1.07 billion of cash, cash equivalents and short-term investments on the balance sheet.

Other highlights, reported in its third-quarter letter to shareholders, included:

In South Dallas, it signed a lease on a 10-acre plot, securing phase one development for operations in first-quarter 2023.

In early October, it signed a lease for a 11-acre plot of improved land in San Antonio, allowing for quicker occupation of the space. It is also in discussions to sublease parking spots to a nearby logistics company, helping to offset cost.

It reported it now has seven terminals with three full-service terminals in Dallas, Fort Worth, Texas, and Tucson, Ariz.

During the third quarter, its partner Scania announced a pilot using a fully autonomous vehicle to transport commercial goods in regular traffic conditions between logistic hubs, a three-hour journey with the first and last mile being handled by manually driven vehicles.

In the third quarter, it added about 25 patents to its commercial vehicle autonomous vehicle patent portfolio that is focused on technology designed specifically for autonomous trucking. The portfolio included about 470 granted patents at the end of third quarter.

“Our focus for the next couple of years is generating revenue miles that contribute to validating the technology and business model by continuing to reduce our cost-per-mile,” Buss wrote in the shareholder letter.

During the call, the company also noted truck reservations and total mapped autonomous miles sequentially were unchanged, and it surpassed 9 million autonomous miles, an increase of 11% compared with second quarter.

Also during the call, the company elaborated a bit on an incident in April when a company driver switched from manual to autonomous driving mode — and while the details of the incident are not entirely clear, management confirmed that the incident was not entirely human error.