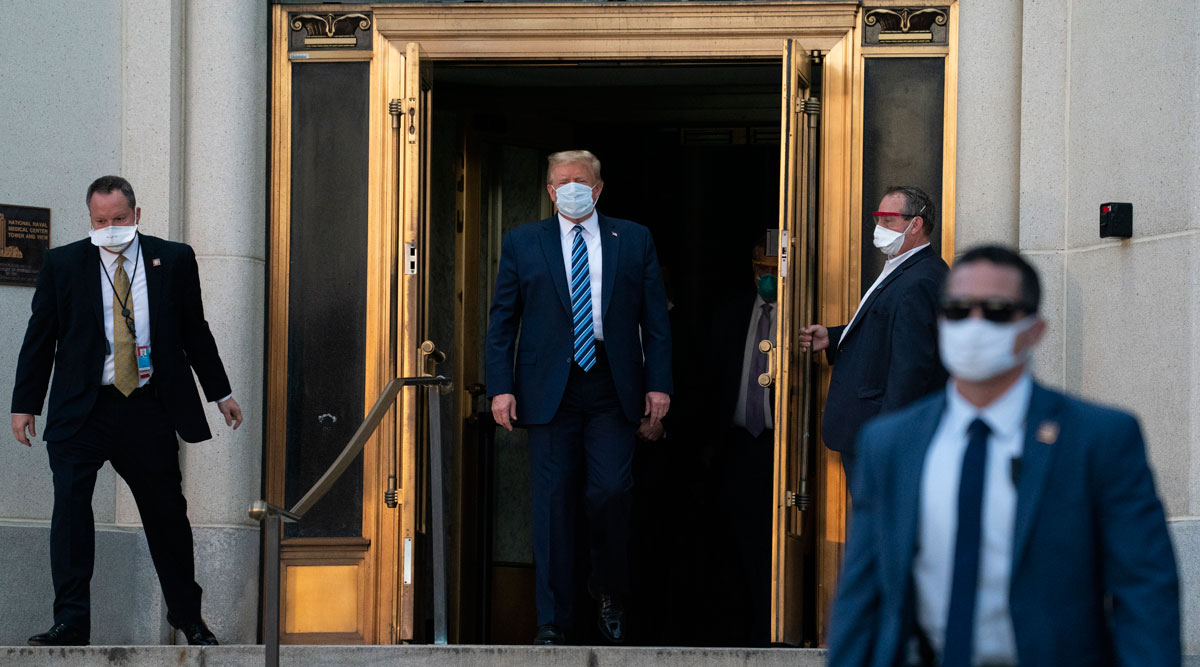 President Donald Trump told his negotiators to stop talks with Democratic leaders on a fiscal stimulus package, hours after Federal Reserve Chair Jerome Powell’s strongest call yet for greater spending to shore up the economic recovery.

“I have instructed my representatives to stop negotiating until after the election when, immediately after I win, we will pass a major Stimulus Bill that focuses on hardworking Americans and Small Business,” Trump said Oct. 6 in a tweet.

Stocks tumbled after Trump’s posting called an end to months of hard-fought negotiations between the administration and Congress. Democrats had most recently pushed a $2.2 trillion package that failed to garner Republican support in the House, while the White House had endorsed $1.6 trillion.

The S&P 500 Index was down about 1.4% at close in New York, after having risen earlier in the day in the wake of Powell’s mounting pressure on policymakers to act.

“Even if policy actions ultimately prove to be greater than needed, they will not go to waste,” Powell told a virtual conference hosted by the National Association for Business Economics. “Too little support would lead to a weak recovery, creating unnecessary hardship for households and businesses.”

House Speaker Nancy Pelosi said in a statement after Trump’s tweet that “clearly, the White House is in complete disarray.” She said, “Walking away from coronavirus talks demonstrates that President Trump is unwilling to crush the virus, as is required by the Heroes Act,” referring to the Democrats’ bill.

The speaker had invoked Powell earlier Oct. 6 in urging Republicans to endorse a bigger package. She and Treasury Secretary Steven Mnuchin, who had sat down in person for negotiations last week for the first time since August, had been expected to hold another discussion by phone in the afternoon.

Pelosi remarked to Democratic lawmakers on a call that Trump’s thinking might be affected by steroids he has taken to treat his coronavirus infection. 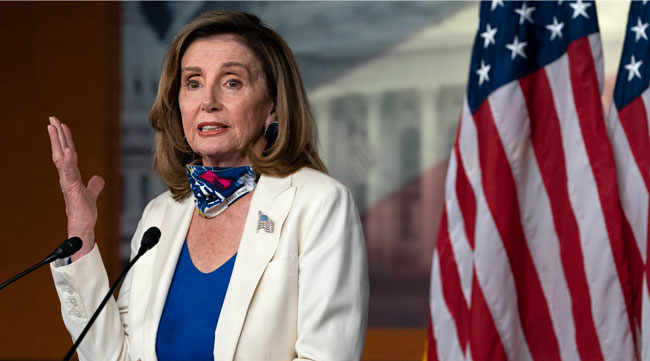 A day after returning to the White House from the hospital, Trump conferred by telephone with Senate Majority Leader Mitch McConnell and House Republican leader Kevin McCarthy, along with Mnuchin, before his tweets put an end to talks for now.

Pelosi earlier told her Democratic colleagues that she and Mnuchin disagreed on assistance to state and local authorities, spending to address the coronavirus and getting aid to ordinary Americans, according to a House official.

Trump has disparaged Democrats’ push for almost $1 trillion in assistance to state and local authorities as a handout to poorly run, mainly Democratic states.

Even so, the Fed chief in his remarks Oct. 6 highlighted that analysis after the Great Recession a decade ago showed that tight budgets at the state and local level had held back the economic recovery.

Nancy Pelosi is asking for $2.4 Trillion Dollars to bailout poorly run, high crime, Democrat States, money that is in no way related to COVID-19. We made a very generous offer of $1.6 Trillion Dollars and, as usual, she is not negotiating in good faith. I am rejecting their... — Donald J. Trump (@realDonaldTrump) October 6, 2020

“Nancy Pelosi is asking for $2.4 Trillion Dollars to bailout poorly run, high crime, Democrat States, money that is in no way related to COVID-19,” Trump said in his tweets Oct. 6. “We made a very generous offer of $1.6 Trillion Dollars and, as usual, she is not negotiating in good faith.”

McConnell has been clear publicly that Senate Republicans weren’t interested in a bill with a $2.2 trillion price tag, and also opposed a bailout for state and local governments. His caucus favored a bill offering $650 billion in aid last month that was blocked by Democrats as insufficient.

The consequences of the withdrawal of federal fiscal support are tangible and immediate. American Airlines Group Inc. and United Airlines Holdings Inc. said they would start laying off 32,000 workers, blaming expiring government aid, the latest in a drumbeat of mass job cuts. Walt Disney Co. is slashing 28,000 workers while Allstate Corp., the fourth-largest car insurer in the U.S., announced it will cut 3,800 jobs, roughly 8% of its workforce.

Erik Wasson, Saleha Mohsin and Billy House were the primary contributors to this report.