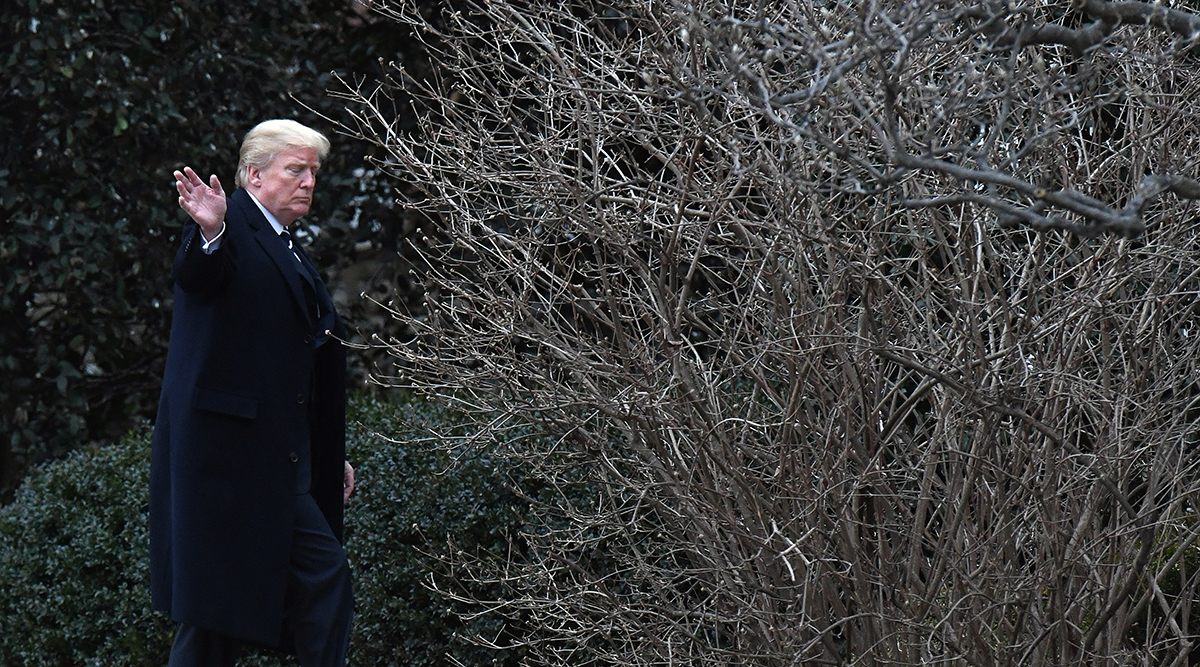 Attempting a policy reset, President Donald Trump will push for upgrades to the nation’s aging roads and bridges March 29 in his first public appearance since an adult-film actress claimed on national TV that they had sex months after his wife gave birth to his fifth child.

Trump is visiting Richfield, Ohio, to sell the public on his plan to use $200 billion in federal money to spur at least $1.5 trillion in spending over a decade to repair or replace highways, bridges, ports, airports and other infrastructure.

Trump unveiled the sweeping infrastructure proposal in February and cast it as one that could garner bipartisan support. But the plan relies heavily on state and local governments for the bulk of the spending, raising concerns among members of Congress about the possibility of higher commuter tolls and the sale of assets to raise the money.

There is little expectation that Congress will take up a sweeping infrastructure proposal along the lines of what Trump envisions — or that Republicans in control of the House and Senate will write their own legislation — as lawmakers begin to shift their focus to the challenge of getting re-elected in November.

RELATED: US recession may come just in time for Trump’s re-election bid

Instead, Congress plans to package a series of related measures, including beefed-up spending in the big budget bill Trump signed into law last week, as infrastructure investments. That bill, which funds the government through Sept. 30, included more money for transportation projects, rural broadband and other investments.

House Speaker Paul Ryan, (R-Wis.), promoted it in a tweet as “Long-overdue updates to our country’s infrastructure.”

Trump, through his personal attorney and White House aides, has denied the affair. He has not commented on the allegations himself.

The president has kept a relatively low profile since the broadcast, except for several tweets. White House press secretary Sarah Huckabee Sanders denied Trump was hiding out.

“He’s been incredibly active all week long,” she said, pointing to actions by Trump on trade and the expulsion of scores of Russian intelligence officials.

Trump has previously suggested the infrastructure proposal was not as important to him as other efforts to cut taxes and increase military spending.

In Ohio, Trump was also expected to discuss findings in a new report from the White House Council of Economic Advisers that the infrastructure proposal would contribute modestly to economic growth over the 10-year period and help put hundreds of thousands of unemployed laborers back to work.

Trump was returning to his Florida home after the speech.