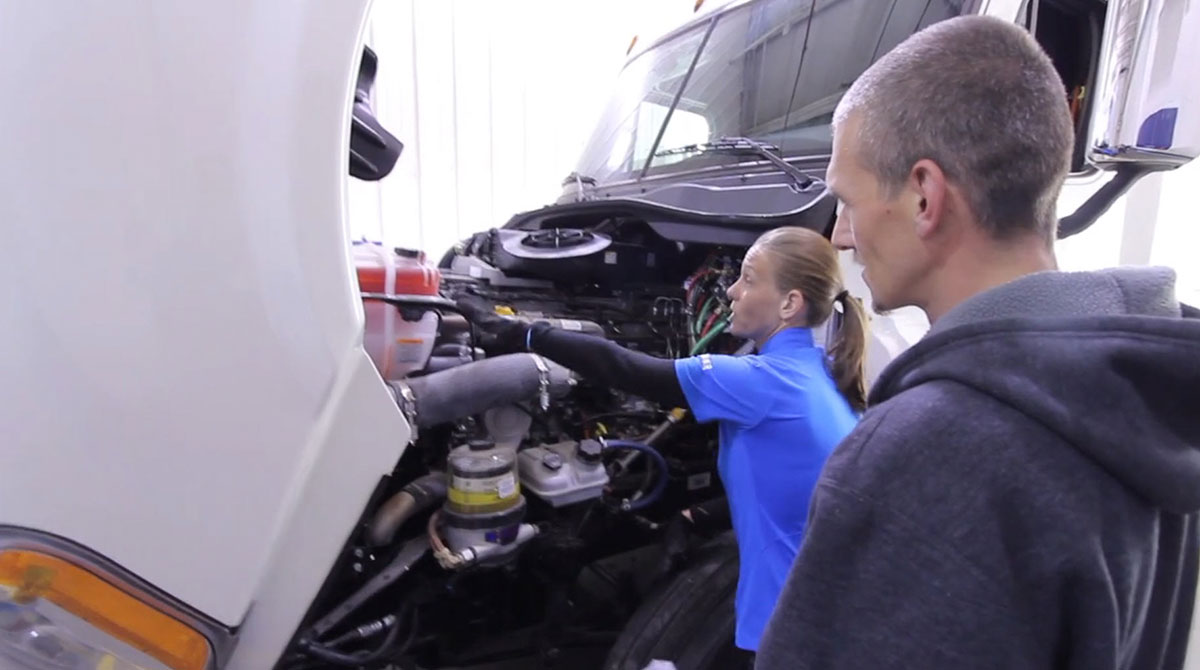 The Department of Labor is taking steps that would meet the objectives of a presidential executive order and encourage motor carriers and other trucking organizations to create apprenticeships for new employees to receive federal funding while they train to become drivers or maintenance technicians.

Shortages have been identified in both trades.

While many carriers offer new drivers finishing programs or refresher courses before they are permitted to hit the road alone, few offer more structured, certified apprenticeships that allow drivers to “earn while they learn.”

Take Werner Enterprises. It is one of the few carriers already offering an apprenticeship program approved by the Department of Labor.

First approved in 2006, Werner’s Truck Driver Apprenticeship Program has enrolled more than 38,000 drivers, many of them eligible to receive up to $23,000 in tax-free education benefits in addition to their company pay. In 2013, the Omaha, Neb.-based company extended the program to reimburse first-time military veterans training to become drivers.

Garsee said he’s attempting to position his organization, comprised of 120 community colleges and technical colleges that train truck drivers nationwide, to be eligible for apprenticeship funds.

“Apprenticeships have been around a long time, but mostly for the union space,” Garsee said. 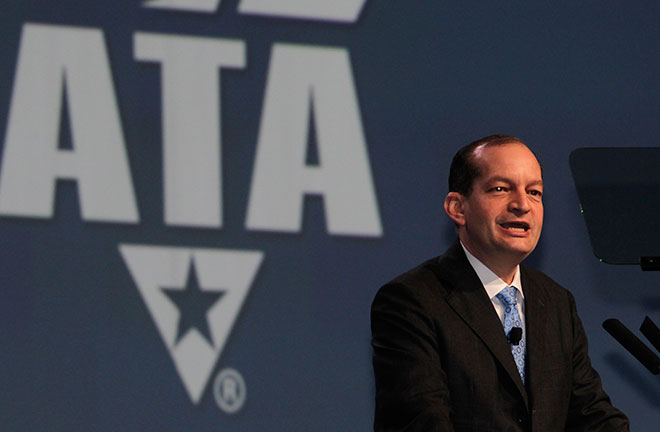 In October, U.S. Labor Secretary Alexander Acosta announced the appointment of a broad-based apprenticeship expansion task force to come up with strategies to encourage more apprenticeships that would help workers find jobs requiring additional training or special skills, such as diesel technicians.

He touted the initiative at American Trucking Associations’ Management Conference & Exhibition in Orlando, Fla. on Oct. 23.

“You are in the best position to define what your industry needs, and react to those needs,” Acosta said.

“Previous administrations have promoted apprenticeships, but here’s a critical difference under President Trump’s initiative: We will not micromanage the apprenticeships from Washington,” he said. “The bureaucratic barriers that stood between the trucking industry and effective apprenticeship programs are ready to come down.”

Unfortunately, the process has been moving slowly, and although there are friends of ATA on the task force, there are no trucking trade association leaders on the 20-member panel, said Jay Lim, ATA’s vice president of legislative affairs.

A spokesman for the Labor Department did not return messages seeking comment.

“We welcome the opportunity to work on tech apprenticeships, and would be very happy to help out any way we could, ”said Robert Braswell, executive director of ATA’s Technology and Maintenance Council. Braswell said that while there are a number of apprenticeship opportunities for auto maintenance techs, such programs are scarce in the realm of heavy duty trucking.

Unlike truck drivers, he said techs must bring $20,000 worth of tools when they first enter the workplace.

But as with truck drivers, there is a worsening shortage of heavy duty truck techs. By latest count, the trucking industry could put more than 28,000 qualified techs to work right away, Braswell said.

The Trump administration is attempting to convince Congress to double that amount in the 2018 funding appropriation, Lim said.

If the administration’s plans materialize, Lim said that trade organizations like ATA would be allowed to create and certify apprenticeship programs that would draw on federal workforce funds to award to drivers and maintenance techs.

“We’re looking at this right now to see if it makes sense for us,” said Don Lefeve, president of the Commercial Vehicle Training Association. “What is interesting is that apprenticeships have been an underutilized form of training in the trucking industry. But CVTA is looking right now at providing an apprenticeship for our trucking companies as a way to move folks from school where they get their CDL to a more formal apprenticeship that could last from one to four years. But there’s got to be funding attached to this.”

Lim said that 25 states work with the Labor Department to offer federally certified and funded apprenticeships, while 25 other states offer their own programs with differing rules and procedures.

“The red tape is overwhelming for the typical motor carrier,” Lim said.

That could change if the administration is successful in issuing a new set of regulations that would simplify the process.

“There’s an opportunity here for ATA and other trade associations to really take a leadership role and carve out what the future of our workforce will look like.” Lim said.

Carriers Must Look Beyond Pay to Attract Drivers, Data Shows