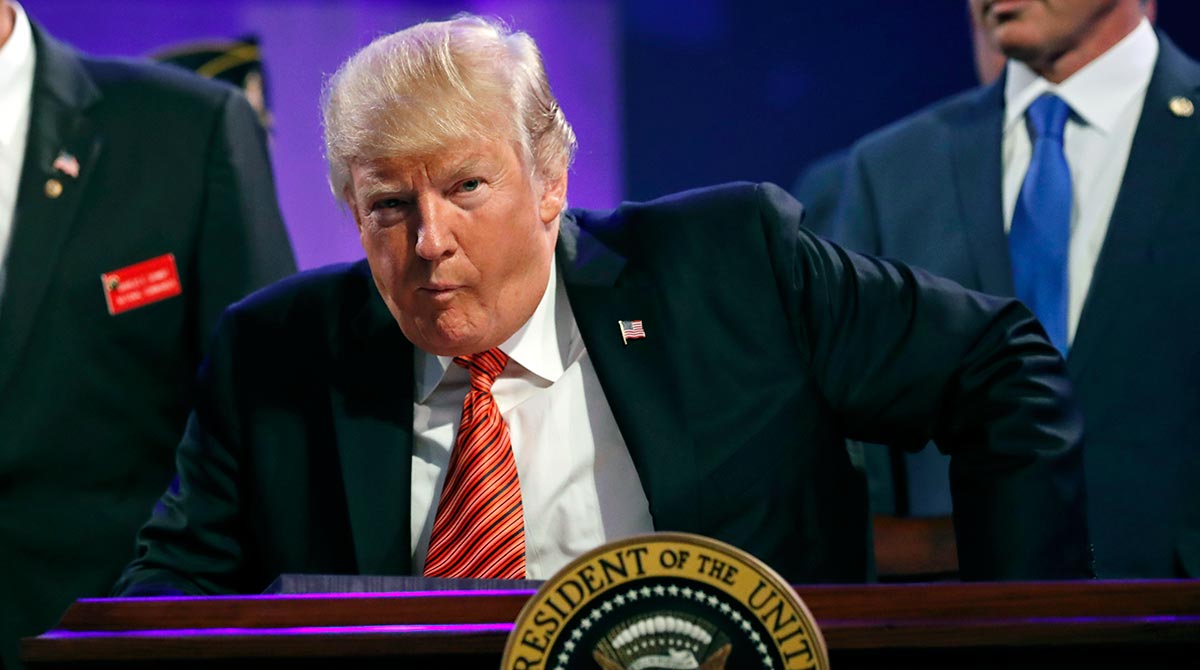 The U.S. is running out of patience with Canadian and Mexican resistance to key American proposals ahead of talks next week on a new North American Free Trade Agreement, two people familiar with the matter said.

The U.S. is serious about its threat to withdraw from the North American Free Trade Agreement if there’s no breakthrough on proposals the Trump administration has made that are intended to rebalance trade, said one of the people, who spoke on condition of anonymity because the negotiations aren’t public. The Trump administration wants to see serious counteroffers to U.S. demands like tightening content requirements for cars.

RELATED: Don’t assume the death of NAFTA would be a small shock, says Bank of Canada

U.S. negotiators also want tangible signs of movement from its trading partners on issues such as Mexican labor conditions, which the U.S. says keeps the nation’s wages artificially low, and a “sunset clause” that would cause the agreement to expire in five years unless the countries agree to renew it.

U.S. officials are particularly frustrated with what they see as Canada’s intransigence at the table, according to the two people. While Mexico has shown some flexibility on the U.S. proposals, Canadian officials are more reluctant to give ground, preferring to promote Prime Minister Justin Trudeau’s concept of a “progressive” trade agenda based on improving gender equality and the environment, among other things, one of the people said.

The tension between the U.S. and its trading partners, especially Canada, sets up a pivotal round of talks in Montreal that begin Jan. 23 and wrap up Jan. 29. With the negotiations on home turf, Trudeau’s Liberal government will want to be seen standing up to Canada’s bigger neighbor and its Republican president. For its part, the U.S. won’t be happy with merely procedural discussions on how to address the administration’s toughest demands.

Canada has said it will present new ideas in the upcoming round of talks.

“We’re continuing to work diligently with our Mexican partners and with our American partners to make progress,” Canadian Finance Minister Bill Morneau told reporters Jan. 18 in Toronto. “We’ve said that we have some constructive ideas on how to make a difference in terms of moving forward the NAFTA discussions.”

President Donald Trump has repeatedly threatened to pull out of the deal, which he blames for America’s $63 billion deficit in goods and services with Mexico. In a tweet Jan. 18, the president called NAFTA a “bad joke,” and reaffirmed his plan to build a wall with Mexico.

Mexico and Canada are casting the talks in a different light. Mexico’s Ambassador to the U.S. Geronimo Gutierrez said Jan. 18 that differences are narrowing in the talks, while last week Canadian officials said the chances are rising that Trump will exit the deal.

RELATED: The real NAFTA problem is with canada, not Mexico, Ryan says

At a negotiating round in November in Mexico City, U.S. officials were flabbergasted when Canadian negotiators delivered a presentation suggesting the U.S. proposal on autos is misguided, an approach the U.S. considered to be more of a lecture than a counteroffer, one of the people said. Gutierrez said Jan. 18 Mexico may be able to accept an increase in the regional content requirement for vehicles traded under the deal.

With assistance by Josh Wingrove, and Eric Martin